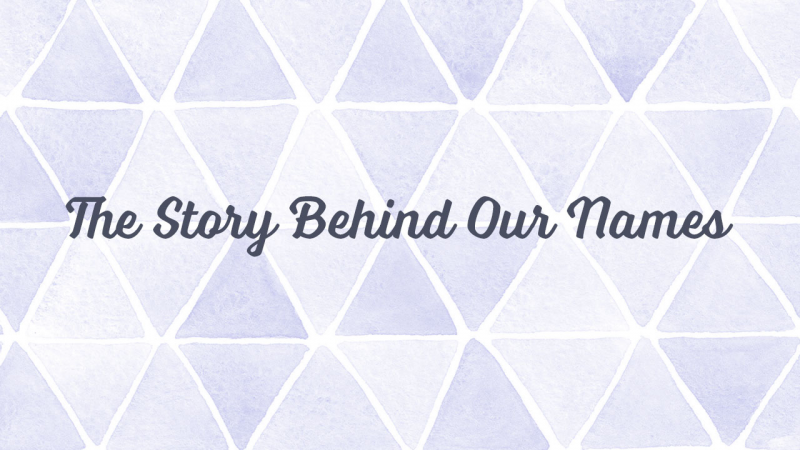 The Story Behind Our Names

Today is Learn What Your Name Means Day!

My full name is Constance Elly Gibbs. I was named after my aunt who died the year before I was born. My mother asked her son, my cousin, if he’d be okay with me having her full name. He said yes. So my name is a family name and is often seen as unique. I usually go by Connie, but when people see my byline or my name on my Starbucks order, I get lots of compliments about how pretty it is. I didn’t always feel that way.

My first name often felt long and stuffy to me as a kid. It’s a pretty old fashioned name. It also sounds like lots of words you learn in school. A constant in equations. Constantinople in history and geography. Consonant in language arts. People used to turn my name into all sorts of other words. It didn’t really bother me, but it made my first name all the more unwieldy.

It didn’t take me long to learn its meaning. As you may be able to guess, it means constant. (Gotta love those Latin roots.) My middle name, Elly, is a derivative of Eleanor or Ellen/Helen. Eleanor means “God is my light” in Hebrew, “sunray” in Greek. So I’m a constant shining light or sunray. How cool!

Those who know me online by my social media handles know I go by ConStar. It was a cutesy name I came up with in college because I wanted a fancy way to sign my name. So “stance” got scribbled into a star. But looking back on my name’s meaning, what is a star but a constant shining light? The serendipity of that made me appreciate my name all the more.

In fiction, names mean a lot for a character. Sometimes it is descriptive of who they are. Remus Lupin, a werewolf in the Harry Potter series, has a first and last name that connects to wolves and the moon. (In fact, many characters in the series are named after their most unique trait!) A character’s name in literature can give you a vibe about a person, foreshadow their actions, or offer insights into their past. Here are some literary icons whose names came to be descriptive of a characteristic or trait!

To dive more into the literary side of names, read this post from fellow OOM blogger and editor Raisa Masood, who wrote about the meaning of her name after reading The Candle and the Flame by Nafiza Azad.