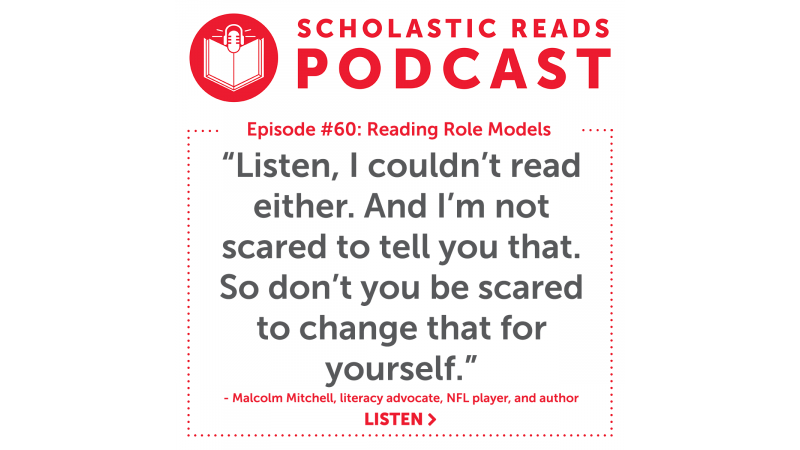 Did a beloved teacher ever read aloud to your class when you were a kid? Did a friend or relative ever hand you a book that became a lifelong favorite? That's what we're talking about today—the magic of reading role models, individuals who play a crucial role in helping kids succeed.

First, we talk with Malcolm Mitchell, the author of the picture book The Magician's Hat, the founder of Read With Malcolm, AND a Super Bowl winning football player with the New England Patriots. Malcolm talks about his personal struggle with reading as a kid, and how that's motivated him to show kids how important—and wonderful—books can be.

We then move from football to basketball, as we sit down with with Marc Davis, an NBA Referee who participates in a program called TIMEOUT for Reading, a collaboration between Scholastic and the NBA Referee Association in which referees read aloud and disribute books to sixth grade classrooms.

Finally, Greg Worrell, the president of Scholastic Education, joins us to talk about his experience with Houston Real Men Read and how he met his mentee.

Cultivating Genius, One Stitch at a Time: Bisa Butler and Gholdy Muhammad