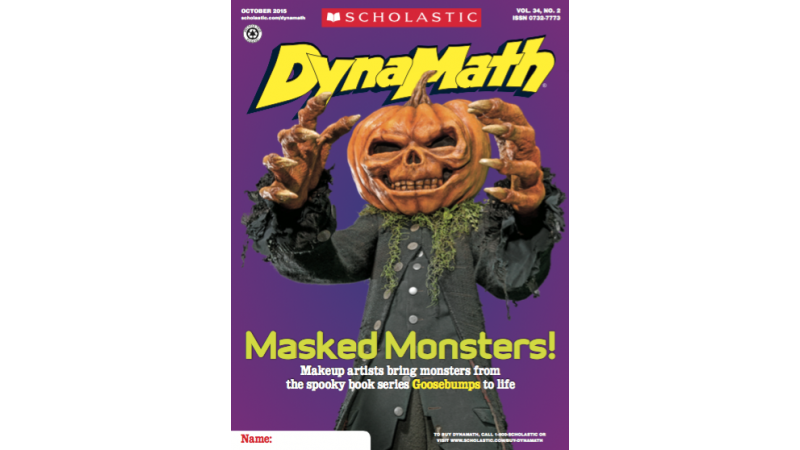 Recently, former astronaut Buzz Aldrin came to Scholastic to talk about his new kids book about Mars and his dreams for exploring the solar system. It was such an honor for DynaMath editors to meet this pioneer of space exploration. Plus, we got the opportunity to geek out on what our favorite space destinations would be when traveling throughout the solar system becomes a reality. Like Aldrin, we picture our readers having the opportunity to visit the Red Planet and Jupiter’s moon Europa. Our students can read all about it in “Space Vacations,” an article in the September 2015 issue of DynaMath. (Your students can boost their skills with powers of 10 in the included problem set.) Click on the "Space Vacations" image (or click here) for more!

In many ways, it’s difficult to relate to Aldrin. His walk on the moon in 1969 was such a momentous achievement that he’s part of a small corps of the bravest explorers in human history. But when it comes to our love of math, we actually have a lot in common.

With the help of his high school math teacher, Aldrin’s appreciation for math grew. It served as the basis for his NASA career. When asked about the role math plays in designing future missions to Mars, Aldrin credits the subject for its ability to explain everything from gravity to rocket thrust to orbital mechanics. GIVEAWAY! [NOW CLOSED] Where in space do you think we should explore next? Leave a comment with your response, and you'll be entered to win a signed copy of Aldrin’s new book, Welcome to Mars: Making a Home on the Red Planet! Giveaway open to legal U.S. residents only; must be age 18+. Read the complete legal rules here.

WINNER: Congratulations to Patti Cantile, who was randomly selected to win! Thanks to all for participating!