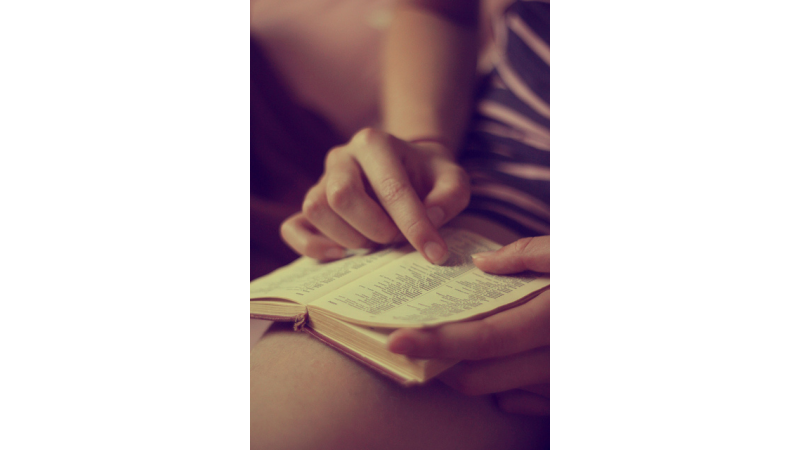 Where our books come from

A few weeks ago, my uncle gave me a book called The Outermost House: a Year of Life on the Great Beach of Cape Cod. He gave it to me because this summer marks the 15th year my family and I will be visiting him on Cape Cod. The Cape is a place that's very special to all of us, and I treasure this book because of our shared history. But I love the book even more because of the story behind it: my uncle was gifted the same book by a woman who works at the local Post Office in his small beach town (he sees her every day and they often swap stories about the Cape). And before giving it to him, she had the book for ten years and read it over and over again. She said she'd first picked it up in a dollar used books pile at a flea market in a beach parking lot.

This made me think about the unique and personal histories our books have. Have you ever wondered where a book you've acquired comes from? Before it fell into your hands, who did it belong to? On how many shelves, desks, or nightstands did it rest upon before yours? Maybe you bought it directly from a bookstore or borrowed it from the library as many people do, or maybe it has a long, colorful history you'll never know about because, well, how could you? Or maybe, family members or friends or the person you've borrowed it from knows the story and has shared it with you. Either way, I think it's interesting to think about.

That said, I asked our blog team if they have any books in their possession that have unique histories. A few do and shared them with me and I think they're wonderful.

Mike B.: "I have a copy of Aladdin and his Magic Lamp published in the late 19th century. It was originally purchased in Poland, but was in English. My great-grandmother left for America and then handed the book down to my grandmother, who lived in Brooklyn. It was then passed on to my mother throughout her childhood (D.C., Pittsburgh, Connecticut) until I received it and it now lives in my NYC apartment."

Kristen: "Mine is a book that was passed down from one language-learner to another. A good friend of mine was raised in the Philippines but moved to Geneva, Switzerland when he was a teen. He was enrolled in a French school and had to learn the language. The book Stupeur et tremblements (Fear and Trembling) by Amélie Nothomb ended up being one of his favorites, and years later he brought it with him to New York when he came here for college. He passed it along to me when I was looking for a break from the heavy Medieval French texts that we had to read in a French lit class, and I fell in love with it as well!"

Melissa: "One of my professors was friends with an engineer who occupied himself in his retirement by learning to read the Bible in its original Greek. When this gentleman passed away, he left the books he’d been using to teach himself to my professor. The professor, in turn, handed them on to interested students, including me. I’m now the owner of a biblical Greek grammar book. It’s not the prettiest book in the world—for reasons unknown to me, it’s covered in unattractive floral wallpaper. But it was obviously well-loved, with all kinds of notes in the margins, and I adore books like that."

Alex: "About four years ago, I was getting on the subway when a man stopped me and asked me for directions. I helped him get where he was going and before we parted he thanked me and gave me a copy of a book he had just finished, Peta the Parrot. Although it’s not a widely known book, I saved it because I loved the story behind how I obtained it."

How neat? So, what about you? Share your stories here!