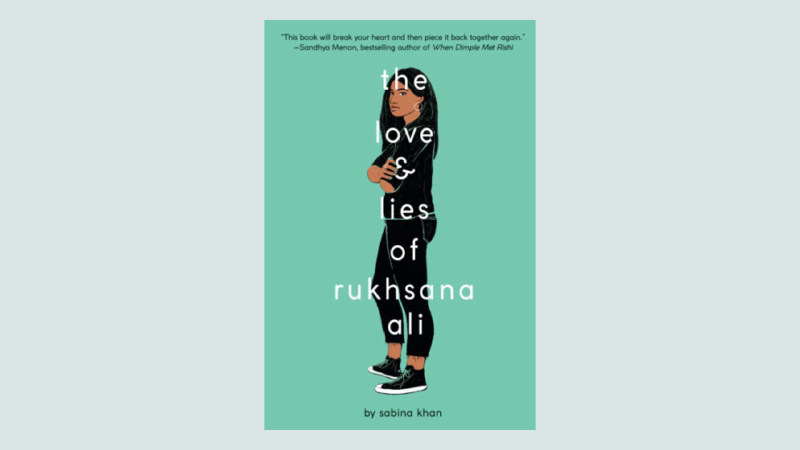 What if What’s Expected of You is Not Who You Are? 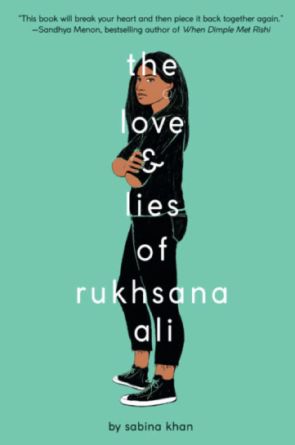 The Love and Lies of Rukhsana Ali by Sabina Khan, a young adult novel featured in Scholastic’s #ReadwithPride campaign, tells the story of a young woman who isn’t being accepted for who she is, but fights for herself with bravery and strength. Rukhsana is a Bengali teen growing up in Seattle, pursuing big dreams as she works hard to maintain relationships with her conservative Muslim parents who can’t know she is a lesbian and a group of white friends who don’t really understand her religion or culture.

In 2016, Sabina read about two LGBTQ+ activists who had been murdered in Bangladesh. A few months later, her youngest daughter came out as bisexual. “By that time, I had already been thinking about the harsh prejudices that some queer Muslim teens face in their homes and communities. I wanted to write a story about one such girl who has big dreams and ambitions but who is not being accepted by those she loved. And although she endures many harrowing experiences, she also holds on to hope and finds love and acceptance in the end,” she said.

Rukhsana is proud of her Bengali culture, her academic talent, and her strong relationship with her girlfriend, Ariana. Her culture, her religion, her queerness, her family in Bangladesh, her friends in Seattle, and her dreams of attending Caltech and working at NASA are all important parts of herself - but it seems like she’s always hiding something from someone. Rukhsana’s parents want her to marry an appropriate man after attending college and to honor their family’s reputation. Meanwhile, her friends can’t understand why she won’t come out to her parents, telling her she’s overreacting and making blanket judgements about her culture. She is continually pulled between two worlds and uses her wisdom, humor, and sense of loyalty to navigate values systems she thinks are conflicting.

“Rukhsana’s feelings about being in two worlds at once is something that is shared by many diaspora kids. It’s hard to make the rest of the world realize that they are more than just their labels and hyphenations and that no religion or culture is a monolith. Rukhsana and teens like her are tired of their entire community constantly being judged because of the actions of a few. She’s often afraid of sharing her fears and worries with her white friends because she knows they will make blanket assumptions about her culture based on a single incident,” Sabina said. “At the same time, she is frustrated because her friends don’t understand that not all communities have the same value system and that the consequences of her coming out to her family may be very different for her than for her white peers.”

Rukhsana hopes to come out to her parents on her own terms, knowing they may not accept her but preparing to fight to preserve their relationship. But when her mother catches her kissing Ariana, Rukhsana loses what little control she had over the situation. “Nonetheless, she refuses to compromise her principles or to give in to the significant amount of pressure that her parents put on her with their bigoted views and expectations,” Sabina said.

Throughout the novel, Rukhsana faces tough choices, having to figure out how to stand up to her family and navigate her relationship with Ariana, whose own family is judgmental of Rukhsana’s culture. It would be easy to lose her own voice, but Rukhsana knows she has to fight for herself, her dreams, and the life she wants to live. In doing so, she finds unexpected allies in her community.

“Rukhsana’s eyes are opened to her own biases when she first encounters the queer community in Bangladesh and discovers that not all Bangladeshis feel the way her parents do,” Sabina explained. “It is a welcome and encouraging revelation and gives her the courage to stand her ground. It also deepens her connection with her roots and provides her with a realistic perspective of the culture she belongs to.”

The journey for Rukhsana, her family, Ariana, and her friends - new and old - is complex, filled with obstacles, anger, love, kindness, and everything in between, just like so many relationships among families and close communities. The story resonates with readers of all backgrounds.

“I have received a lot of positive feedback from readers who share Rukhsana’s identity and who relate closely to her experience with her family and her group of friends. It has been incredibly heartening to hear directly from readers who are happy to see themselves in her story. At the same time, I hear from readers who may not share her identity but now have a better insight into the experiences of teens like her,” Sabina said.

“I would like readers to take the time to consider that not all of their peers’ experiences will be like their own and that it is a privilege to live in a community where you are surrounded by people who bring their own values, beliefs, traditions and flavors to the mix. Stories like these are important because they give you insight into the unique experiences of those who belong to often marginalized groups.”

She added: “at a time like this, where books by and about marginalized people are being banned in schools and libraries across the nation it is more important than ever to fight for access to these stories. Everyone deserves to be seen in the books they read and it is crucial that they are available to them.”