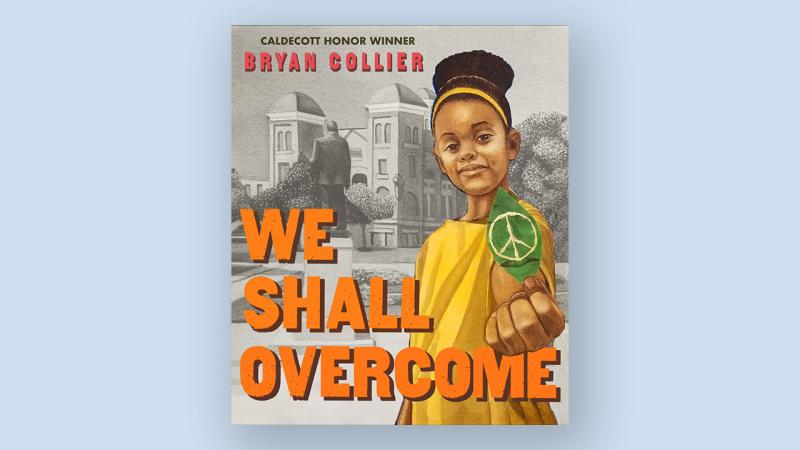 We Shall Overcome: A Guest Post by Award-winning Creator Bryan Collier

Esteemed illustrator Bryan Colllier shares the inspiration behind We Shall Overcome, his new picture book, and the vivid artwork that connects the past, the present, and the work that still has to be done. 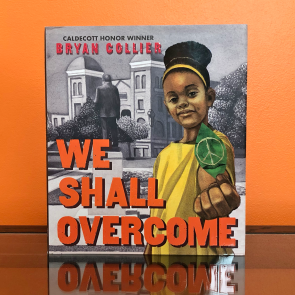 “We Shall Overcome” is a well-known song of protest as African Americans and others marched and fought for equality during the 1950–60s Civil Rights Movement. When Reverend Charles Albert Tindley published the hymn “I’ll Overcome Someday,” he could have never imagined it would turn into a song with such a far-reaching impact on people seeking freedom all over the world.

Painting in watercolor and collage, I reimagined this text by incorporating historical landmarks and Civil Rights figures painted in black and white, including 16th Street Baptist Church in Birmingham, Alabama; a statue of Dr. Martin Luther King Jr.; Mrs. Rosa Parks refusing to stand, which started the 1955 bus boycott; and Little Rock Central High School in Arkansas. Painted in full color, and depicting a contemporary young African American girl and her friends on their way to school, these scenes show just how far we’ve come as Black and white children march through this timeline in history, and with the freedom to walk to the same bus stop and attend the same school together. As the story progresses, I also wanted to reveal that there is more work to be done as the children march on through a Black Lives Matter mural in which I painted faces in each of the footprints, connecting the present and past, and all who marched before us.

The battle continues in the quest for justice and equality, and my hope is in the end, may we find Peace. 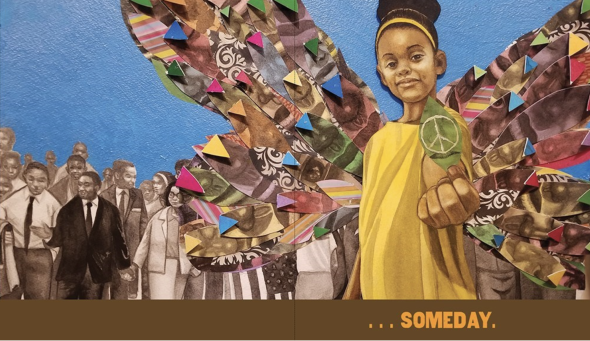 Bryan Collier loves to paint. He has successfully channeled his creative energy and love of art into an illustrious career as a children's book illustrator and writer. He began painting at the age of 15 and eventually landed a scholarship to attend Pratt Institute in New York. He has won four Caldecott Honors for Rosa by Nikki Giovanni, Martin's Big Words by Doreen Rappaport, Trombone Shorty by Troy Andrews, and Dave the Potter by Laban Carack Hill. His first book, Uptown, won the Coretta Scott King Award and the Ezra Jack Keats Award. He has won five more Coretta Scott King Awards and three Coretta Scott King Honors.

About We Shall Overcome

A celebration of the gospel anthem and Civil Rights protest song "We Shall Overcome," masterfully brought to life by Caldecott Honor recipient and a nine-time Coretta Scott King Award winner Bryan Collier. "We Shall Overcome" is one of the most recognizable anthems of the Civil Rights movement, widely performed at protests and rallies to promote nonviolent civil rights activism. Powerfully imagined for the present moment, Collier's illustrations meld the most emblematic moments of the twentieth-century Civil Rights movement with the present day, depicting the movements, protests, and demonstrations -- big and small -- as the fight for justice continues. With illustrations full of depth, tenderness, and expression, and offering historical context while remaining powerfully relevant to the present-day, this impactful picture book is a must-have for every home, classroom, and bookshelf.

Purchase your copy of We Shall Overcome today!