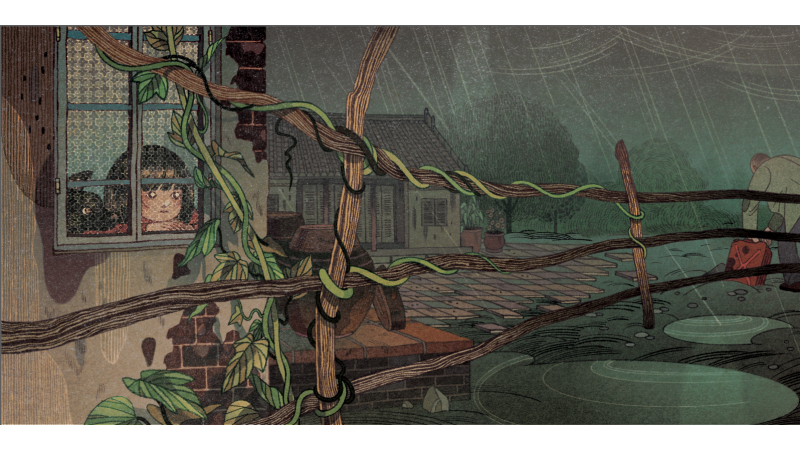 A Junior Library Guild selection, Wishes tells a powerful, honest story about one Vietnamese family’s search for a new home on the other side of the world. Told through the eyes of a young girl, the story chronicles a family's difficult and powerful journey to pack up what they can carry and to leave their world behind, traveling to a new and unknown place in a crowded boat.

In this OOM post, you can see more of Victo’s art process, including different versions of the storyboard for the book, early sketches, and her studio! 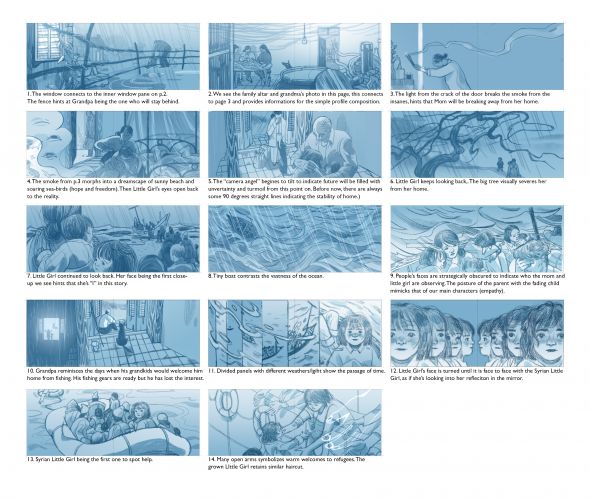 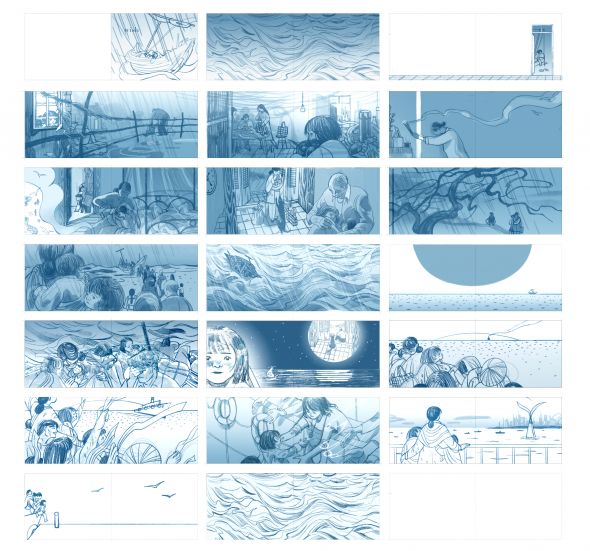 “As you can see from the different versions, our changes revolved around our main character and her journey—making sure she was front and center from the beginning. At one point, we were hoping to use the wordless spread to show that this story isn’t unique—it’s been told by countless children from all over the world—but in order to focus on our main character’s journey, we took that visual part out. That piece isn’t lost, though—if you look under the jacket of the finished book you can find those children on the case cover.”—Victo Ngai

“Originally, we didn’t have the little girl in this scene at all, but we realized by the sketch stage that we needed to subtly introduce the character sooner to help heighten the emotion and more directly speak to the child reader. As you can see from the different color versions, my changes then centered on how to convey the nighttime and impending stormy setting in a dramatic way, without going too over-the-top. I also wanted to convey the sense of the cool damp air with the colors. In order to have the reader experience the journey from within, it was important that the artwork appealed to all their senses. The bubble glass in the window was actually swiped from my grandmother's house! (See below!)—Victo Ngai 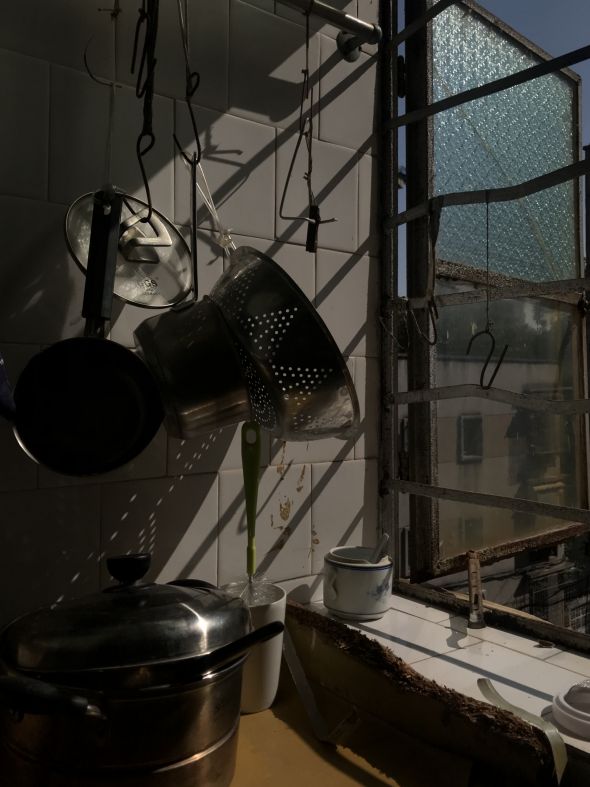 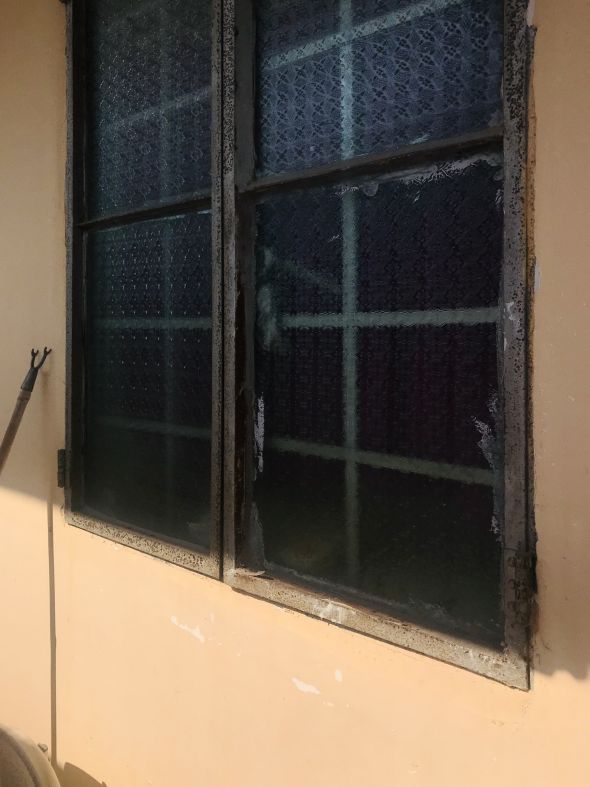 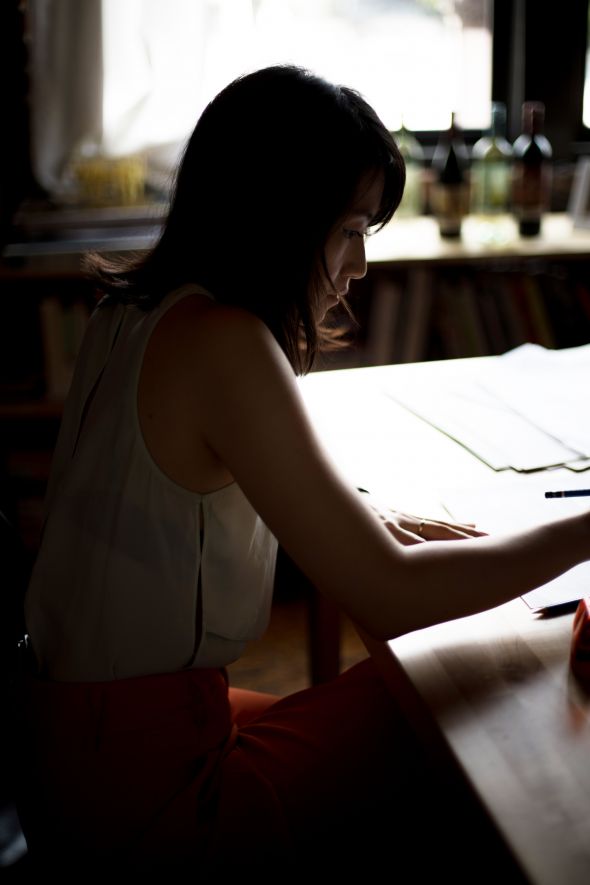 “My work is a mix of analog and digital media. I create textures from various dry and wet media, scanned paper, and other odd tools such as toothbrush splatters. Usually the line work is drawn with pen and ink or the equivalent brushes on iPadPro. However, I wanted the art to have a softer edge quality for Wishes and opted for pencil for the line.”—Victo Ngai

Victo Ngai is a Forbes 30 Under 30 (Art and Style) honoree and Society of Illustrators New York Gold Medalist. She provides illustrations for newspapers and magazines such as the New York Times and the New Yorker; creates storyboards and art for animations with studios like NBC and Dreamworks; and makes books for publishers such as Scholastic, Penguin Random House, and Simon & Schuster. She lives in Los Angeles. Visit Victo at victo-ngai.com. To learn more about Wishes, visit https://bit.ly/WishesBook.