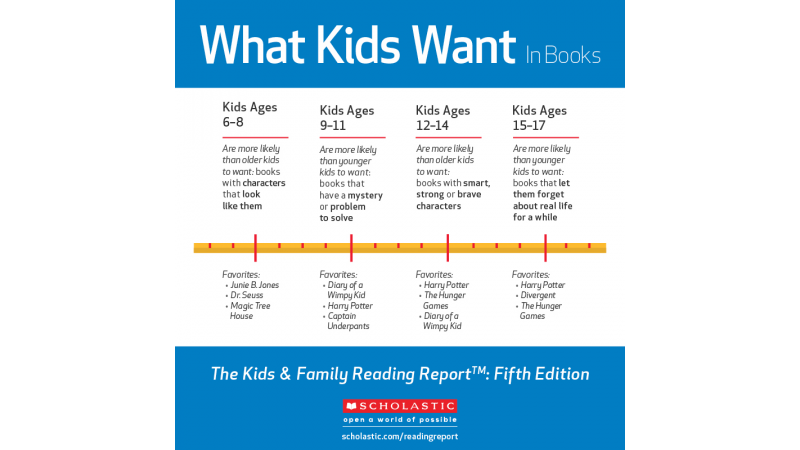 Yesterday afternoon, Scholastic hosted a live Twitter chat related to the research we released last week titled "What Kids Want in Books" -- a "sneak peek" from our upcoming Kids and Family Reading Report™ (set to debut in January 2015).

We know what kids want in books (when reading for fun), but we took it one step further with specific book lists – perfect for the holiday season.

We asked parenting expert Maggie McGuire (Scholastic Parents & Kids Online) and book expert David Allender (Scholastic Reading Club) for their personal picks on some hot topics related to the Kids and Family Reading Report™  such as "books that make me laugh" and age-specific lists.

We hope this helps guide you for your holiday gift shopping.

Ages 6-8 – want books with “characters that look like them”