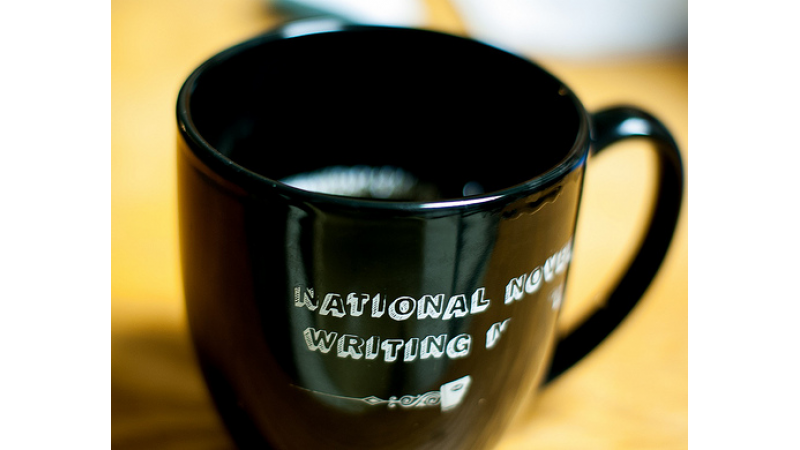 It's hard to believe it's already November! That means it's officially time for hot apple cider, cozy sweaters, and, of course, National Novel Writing Month (NaNoWriMo, for short).

Started in 1999 as a way to encourage anyone who has ever thought about writing a novel to simply take the first step and get their thoughts on paper, NaNoWriMo is now a popular challenge. In 2012 alone, 341,375 participants walked away novelists. (Why sign up? Great answer here.)

I've toyed around with the idea of signing up for NaNoWriMo for the past few years, but have always chickened out at the last minute. It's so easy to make excuses: I don't have enough time. I don't have a good idea for a book. It's too hard to write 50,000 in just 30 days. But this year, I decided to just bite the bullet and go for it. What do I have to lose?

Fellow OOMer Morgan has participated in NaNoWriMo in years past, so I went to her for some advice. I found her top five tips to be super helpful, and wanted to share them here:

Though I'm only four days in (and a few hundred words behind where I should be), I wanted to add to Morgan's awesome advice. Suggestions from a NaNoWriMo newbie:

Are you participating in NaNoWriMo? We'd love to hear your thoughts in terms of what does and does not work for you when settling into a writing routine. Best of luck with your novel!