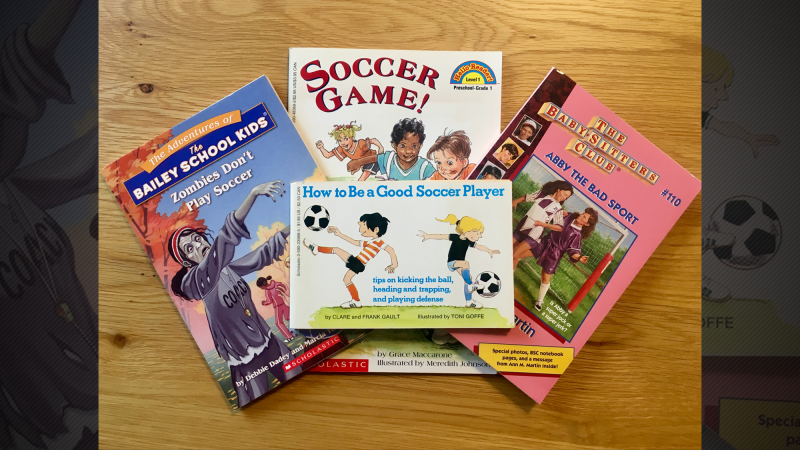 In this edition of Throwback Thursday, we’re spotlighting titles and articles about women in soccer. It’s a summer of tournaments for a few different sports, so I have to admit my attention is divided between the U.S. soccer team excelling at their World Cup and Bangladesh participating in the Cricket World Cup (go Tigers!). The American team, however, has been dominating soccer for some time now, and we found articles in the Archive to prove it. Unsurprisingly, many Scholastic Classroom Magazine issues from the 90s featured soccer icon Mia Hamm, whose legendary status has made the sport more popular here in the last few decades.

Here’s to hoping that our team brings the trophy home!

How to Be a Good Soccer Player by Clare and Frank Gault, illustrated by Toni Goffe, 1978

Soccer is the most popular team sport in the world. In most places, it is called “football”. That’s natural, because in soccer the ball is kicked. We start the game. We’re ready. We aim. We pass. Coach Graves has really turned the Bailey School soccer team around. But after a confrontation with a strange old woman, she seems to fall under some sort of spell. Abby has joined a Special Olympics Unified Sports soccer team! Playing soccer every day with a new group of friends is awesome. Now that she’s queen of America’s fastest-growing sport, soccer star Mia Hamm may have to act like one, too. Forget baseball. Forget basketball. Americans are getting a kick out of soccer, thanks to the U.S. Women’s National Team. This summer, fans across the U.S. cheered the team to a 5-4 penalty-kick win over China in the Women's World Cup. This soccer star scores on and off the field.