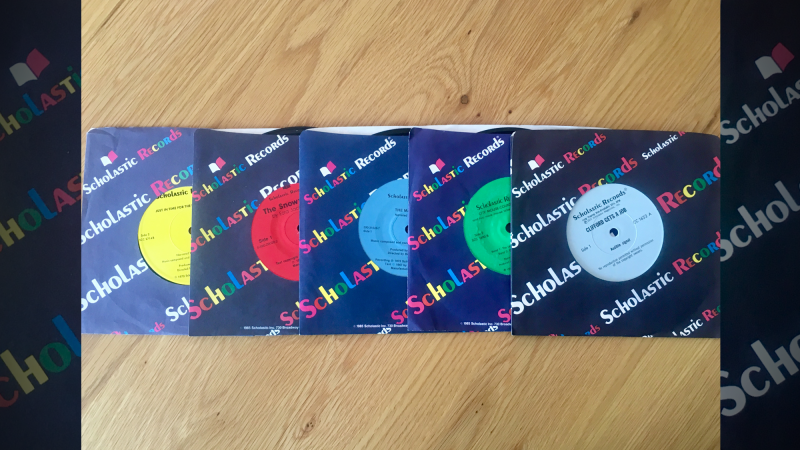 Vinyl records are back! Look inside any bookstore or walk down Williamsburg in Brooklyn, and you’ll see the sleek covers of vinyl LPs stacked prominently for a new generation of listeners.

If you need more proof, check out this article on the New York Times on how vinyl sales are affecting the music charts again. For this week’s throwback, we’re taking a look at the records published by Scholastic. Down in the Archive, we found a fantastic collection of audiobooks and learning supplements in record form.

Growing up, record players where something I saw as little more than “antique” pieces of furniture—which means I had to ask our librarian Deimosa how records even worked, to her horror. She explained that Scholastic distributed 33 ⅓ rpm records, which have longer play times and were ideal for albums.

The items below were published by Scholastic Records, which was housed under Scholastic Magazines, Inc. We came upon many Clifford the Big Red Dog records, of course, along with classic stories, nursery rhymes, and educational supplements with filmstrips: