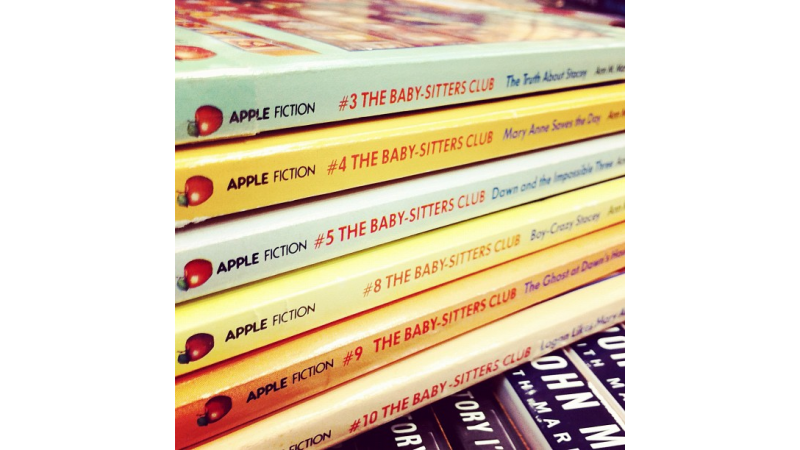 This post originally appeared on OOM last summer, but Bustle's recent post on "25 of Childhood Literature's Most Beloved Female Characters" inspired me to adapt it. After all, it is #throwbackthursday... And so I give you a BSC nostalgia post.

Thanks to online trends like #throwbackthursday and #flashbackfriday, nostalgia has certainly made a name for itself in the social media sphere. At least twice a week, my Instagram feed becomes an endless stream of friends' baby and childhood photos, and at least twice a week, I find myself reminiscing and missing my childhood.

People often joke about how much Millennials love nostalgia, but an article from The New York Times argued that nostalgia's not just a trend: it's actually good for your brain -- and there's scientific evidence to prove it.

Probably unbeknownst to many #tbt fans, the term "nostalgia"—first coined in the 1600s—initially referred to a neurological disease. In fact, in the 19th and 20th centuries, nostalgia was classified as a type of psychosis and mental disorder. Luckily, scientific research conducted over the last few decades has suggested otherwise.

Dr. Constantine Sedikides, a leader in the field of social psychology, has studied nostalgia in depth since 1999, and defined its benefits beautifully in the New York Times piece mentioned above: "Nostalgia made me feel like my life had roots and continuity... It provided a texture to my life and gave me strength to move forward." As soon as I read those words, I could immediately relate.

Last summer, I was digging through a box of childhood belongings at my mom's house when I came across my entire Baby-sitters Club collection. Given my level of excitement, one might have thought I'd stumbled across a buried treasure. (Which, to be fair, it really is.) I was immediately flooded with memories of reading under the covers at night, flashlight in hand; memories of Baby-sitters Club–themed birthday parties; memories of visiting our local bookstore and tracing my finger longingly along the series' pastel spines, trying to calculate which books I didn't yet own.

Needless to say, getting to work at Scholastic is a dream-come-true for a BSC fan. (I used to read The Complete Guide to the Baby-sitters Club back-to-back like it was a novel; imagine my surprise when I found out that Scholastic's David Levithan was the one to compile that guide when he was an intern here!) As I sat in my mom's attic, flipping through my copies of Kristy's Great Idea and Boy Crazy Stacey, the mystery specials and, of course, the Super Specials, I somehow felt like maybe Dr. Sedikides was onto something: nostalgia definitely makes me feel like my life has roots and continuity. That I now get the chance to work for the company that published my favorite childhood series makes me feel like maybe all those hours I spent reading were somehow part of my bigger life picture, even if I didn't know it at the time. And if the occasional dose of nostalgia just so happens to be healthy, even better.

How about you? Anyone else have a positive or not-so-positive experience with book nostalgia? We'd love to hear your thoughts!