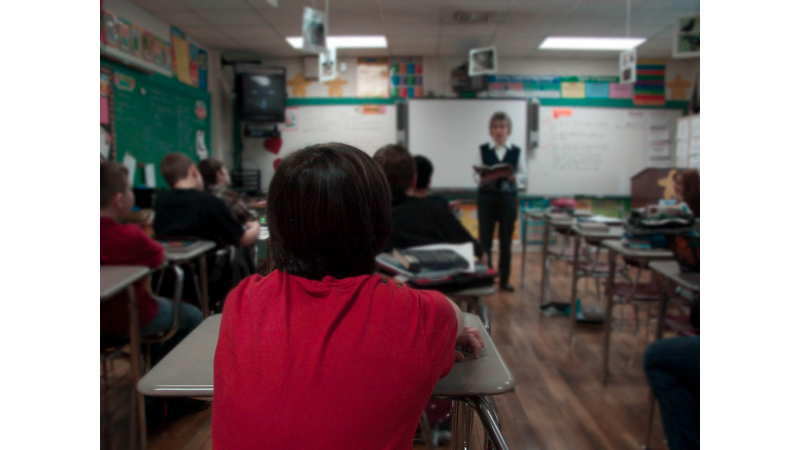 Thank a principal this month

Behind a great school there is usually a great principal. Secretary of Education Arne Duncan agrees. In a video produced specifically for National Principal's Month (happening now), he states, "I've yet to see an effective, high-performing school without an effective school leader."

In honor of National Principal's Month, members of the US Department of Education are spending time shadowing school principals to learn more about how their work and participation contributes to everything from their school's performance to their students’ achievement.

The focus on principals this month got me thinking about the principal of my school, who held the position for many years, including the thirteen I was in attendance for.

My school's principal was an absolute dynamo. He was at every football game, every choral concert, every science fair. He knew the names of most of the students who walked the halls and had no qualms about speaking directly with parents. I will admit he was slightly intimidating at times, but he was the right combination of firm and compassionate. Every year on the night before gradation, he could be found sitting alone in the space where the ceremony would be held the next morning, thinking about his speech, reflecting on the year, and just taking in a rare moment of silence. And every year (apparently unbeknownst to him), members of the senior class would gather in hiding to catch a glimpse of his ritual. I did it my senior year and I'll never forget how much pride I felt for my school, his commitment, and our traditions in that moment.

At Scholastic, we hear so many great stories about awesome school principals, whether it be form a Book Fairs rep who has met a principal who was instrumental in setting up a book fair, or a Summer Challenge team member who heard about a principal who offered to die her hair pink and sing karaoke in front of the whole school should they reach a certain milestone in their reading.

We love hearing stories about great principals so please, share them with us! And be sure to thank a principal this month—you can do so on Twitter with #prinmonth (or just tell him or her in person!)