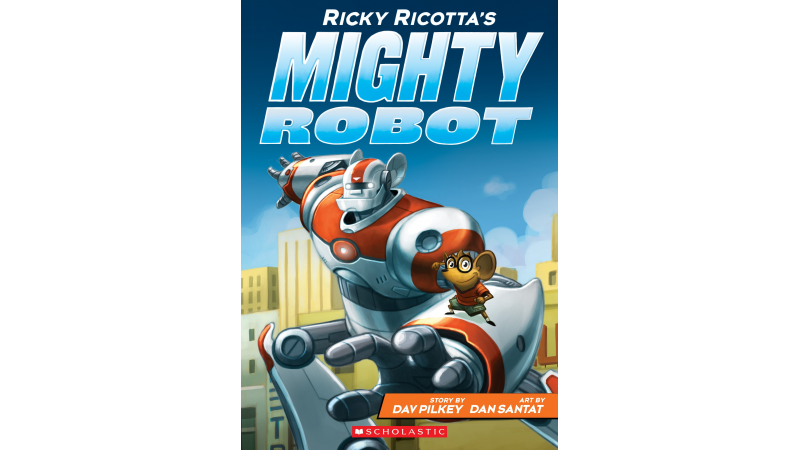 In addition, Scholastic will publish newly re-illustrated editions of Pilkey’s seven-book Ricky Ricotta series with all-new full-color art by bestselling illustrator Dan Santat. The novels, which features a mouse and his big robot friend, will be reissued starting in May 2014. Following the reissue of novels #1–7, Scholastic will publish two brand-new Ricky Ricotta books (#8 and #9) in Fall 2014 and Spring 2015 respectively.

"Millions of Captain Underpants fans around the world will rejoice to have two more of George and Harold’s adventures on the way," said Ellie Berger, President of Scholastic Trade. "And if that wasn’t exciting enough, we are thrilled to introduce a new generation of kids to the Ricky Ricotta series for slightly younger readers. These illustrated chapter books feature Dav Pilkey’s signature warmth and humor, and are perfectly paired with Dan Santat’s colorful, graphic artwork."

For more on this exciting announcements, be sure to check out the full press release. (And while you patiently wait for August 2014 to roll around, we invite you to visit www.scholastic.com/readeveryday/art, where you can view Dav Pilkey's latest work: his artistic interpretation of the Read Every Day. Lead a Better Life. global literacy message.)