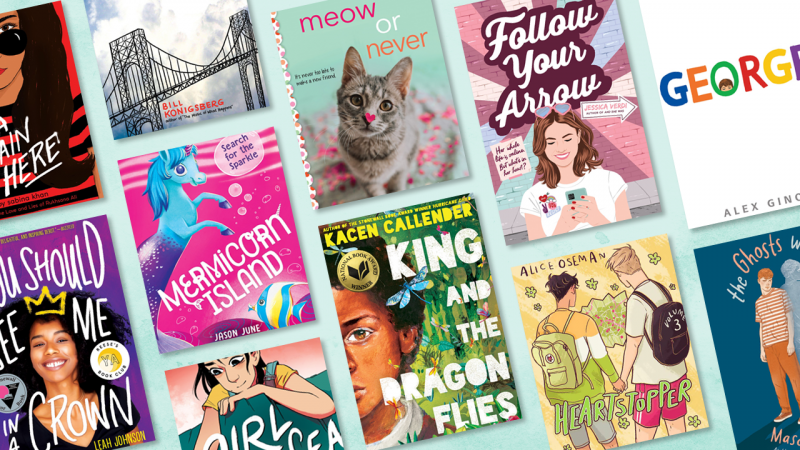 Read with Pride: Celebrate Pride Month with These Essential Titles

This June, in celebration of Pride Month, we’re encouraging everyone to #ReadwithPride!

It’s vital for readers of all ages to read books that reflect their identities and the world around them. All month long, we’ll be spotlighting some incredible titles for all ages that feature LGBTQIA+ characters, stories, and creators.

Check out these books to kick off Pride Month, and to keep reading all year long! 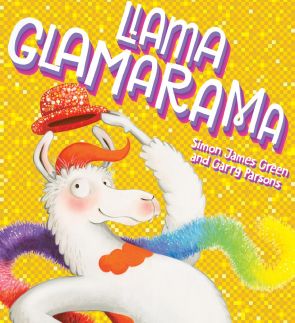 Larry lives a slow and quiet life at the barn with all the other llamas, just the way they like it. But at night when everyone has gone to bed, Larry loves to dress up in bright costumes and DANCE! He has to hide this from the others, for fear that they won't approve of his raucous ways. One day, he stumbles upon the Llama Glamarama, a carnival full of music, laughter, and yes-dancing! Will this vibrant celebration give Larry the pride he needs to bring his dance back home? A bright and colorful rhyming story with a powerful message about celebrating differences, Llama Glamarama is the perfect Pride picture book for everyone! Learn more about Llama Glamarama here! 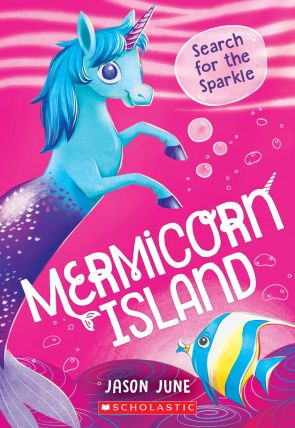 In the colorful undersea world of Mermicorn Island, magic is all around, if you just know where to look. And no one is looking harder than Lucky the Mermicorn! He is eager to find his 'sparkle,' that special thing, or bit of magic that will make him stand out. So when Lucky finds a glittering treasure chest filled with seashells, and a mysterious note that instructs the finder to "share the magic" he's convinced his life must be in for a whale of a change! Lucky the Mermaid will find his sparkle in this adorable book by genderqueer “writer mermaid” Jason June (he/him/she/her). Learn more about Mermicorn Island here! 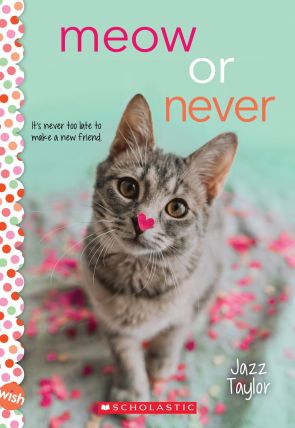 Meow Or Never by Jazz Taylor

Lonely seventh grader Avery just moved, and hasn't really made friends, despite joining stage crew for theater. To her surprise, when she explores behind the stage, she finds a cat tucked away into a nook. Avery names her Phantom and tells her all her secrets. When she is singing to Phantom during lunch one day, one of the other girls, Nic, overhears her — and tells the drama teacher Avery has to be cast in the Valentine's Day play. Even though it's Avery's worst nightmare to be in front of a crowd, she decides to audition to impress Nic, who just so happens to be the prettiest girl Avery has ever seen. To her surprise, she is cast as the lead! She and Nic start to get closer, though Avery can't give up her secret about Phantom. But then she finds evidence that someone else is taking care of Phantom too. What if Phantom gets taken away? Avery's secrets about Phantom, and about having feelings for Nic, start to catch up to her. What will happen if the truth comes out? Learn more about Meow Or Never here!

When people look at George, they think they see a boy. But she knows she's not a boy. She knows she's a girl. George thinks she'll have to keep this a secret forever. Then her teacher announces that their class play is going to be Charlotte's Web. George really, really, REALLY wants to play Charlotte. But the teacher says she can't even try out for the part . . . because she's a boy. With the help of her best friend, Kelly, George comes up with a plan. Not just so she can be Charlotte -- but so everyone can know who she is, once and for all. Learn more about George here! 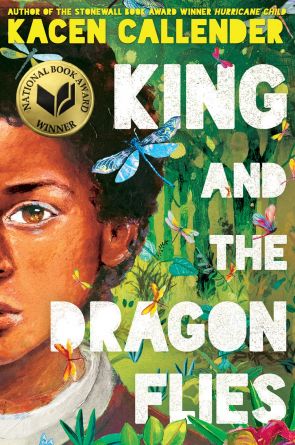 Twelve-year-old Kingston James is sure his brother Khalid has turned into a dragonfly. When Khalid unexpectedly passed away, he shed what was his first skin for another to live down by the bayou in their small Louisiana town. Khalid still visits in dreams, and King must keep these secrets to himself as he watches grief transform his family. It would be easier if King could talk with his best friend, Sandy Sanders. But just days before he died, Khalid told King to end their friendship, after overhearing a secret about Sandy-that he thinks he might be gay. But when Sandy goes missing, sparking a town-wide search, and King finds his former best friend hiding in a tent in his backyard, he agrees to help Sandy escape from his abusive father, and the two begin an adventure as they build their own private paradise down by the bayou and among the dragonflies. As King's friendship with Sandy is reignited, he's forced to confront questions about himself and the reality of his brother's death. Learn more about King and the Dragonflies here! 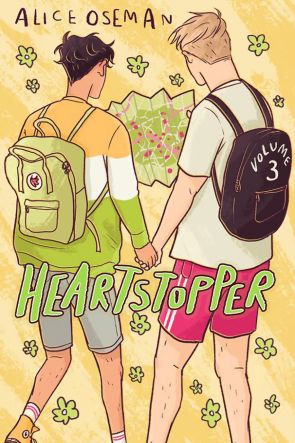 Charlie didn't think Nick could ever like him back, but now they're officially boyfriends. Nick has even found the courage to come out to his mom. But coming out isn't something that happens just once, and Nick and Charlie try to figure out when to tell their friends that they're dating. Not being out to their classmates gets even harder during a school trip to Paris. As Nick and Charlie's feelings get more serious, they'll need each other more than ever. Learn more about the Heartstopper series here! 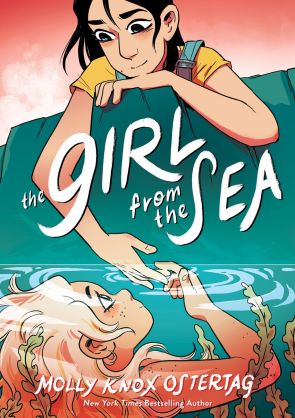 The Girl from the Sea by Molly Knox Ostertag

Fifteen-year-old Morgan has a secret: She can't wait to escape the perfect little island where she lives. She's desperate to finish high school and escape her sad divorced mom, her volatile little brother, and worst of all, her great group of friends...who don't understand Morgan at all. Because really, Morgan's biggest secret is that she has a lot of secrets, including the one about wanting to kiss another girl. Then one night, Morgan is saved from drowning by a mysterious girl named Keltie. The two become friends and suddenly life on the island doesn't seem so stifling anymore. But Keltie has some secrets of her own. And as the girls start to fall in love, everything they're each trying to hide will find its way to the surface...whether Morgan is ready or not. Learn more about The Girl from the Sea here! 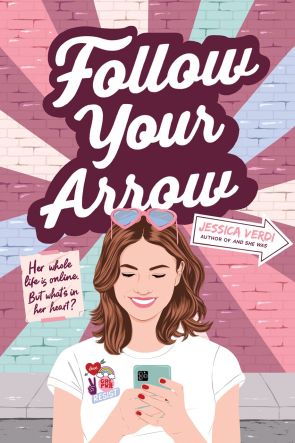 CeCe Ross is kind of a big deal. She and her girlfriend, Silvie, are social media influencers with zillions of fans and followers. So when Silvie breaks up with her, CeCe is devastated. She's lost her first love, and now she can't help but wonder if she'll lose her followers as well. Things get even messier when CeCe meets Josh, a new boy in town who is very much Not Online. CeCe isn't surprised to be falling for a guy; she's always known she's bi. And Josh is sweet and smart and has excellent taste in donuts... but he has no idea that CeCe is internet-famous. And CeCe sort of wants to keep it that way. But when CeCe's secrets catch up to her, she finds herself in the middle of an online storm, where she'll have to confront the blurriness of public vs. private life, and figure out what it really means to speak her truth. Learn more about Follow Your Arrow here! 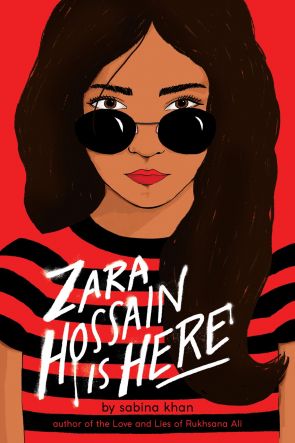 Seventeen-year-old Pakistani immigrant, Zara Hossain, has been leading a fairly typical life in Corpus Christi, Texas, since her family moved there for her father to work as a pediatrician. While dealing with the Islamophobia that she faces at school, Zara has to lay low, trying not to stir up any trouble and jeopardize their family's dependent visa status while they await their green card approval, which has been in process for almost nine years. But one day her tormentor, star football player Tyler Benson, takes things too far, leaving a threatening note in her locker, and gets suspended. As an act of revenge against her for speaking out, Tyler and his friends vandalize Zara's house with racist graffiti, leading to a violent crime that puts Zara's entire future at risk. Now she must pay the ultimate price and choose between fighting to stay in the only place she's ever called home or losing the life she loves and everyone in it, including her new girlfriend. Learn more about Zara Hossain is Here here! 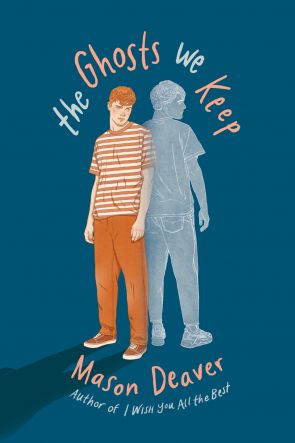 The Ghosts We Keep by Mason Deaver

After Liam’s older brother Ethan is killed suddenly in a hit-and-run, Liam feels more alone and isolated than ever. Liam has to not only learn to face the world without one of the people they loved the most, but also face the fading relationships of their two best friends in the process.

Soon, Liam finds themself spending time with Ethan's best friend, Marcus, who might just be the only person that seems to know exactly what they're going through…for better and for worse.

The Ghosts We Keep is an achingly honest portrayal of grief. But it is also about why we live. Why we have to keep moving on, and why we should. Learn more about THE GHOSTS WE KEEP here! 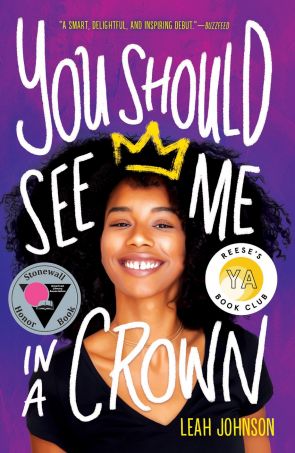 You Should See Me In A Crown by Leah Johnson

Liz Lighty has always believed she's too black, too poor, too awkward to shine in her small, rich, prom-obsessed midwestern town. But it's okay -- Liz has a plan that will get her out of Campbell, Indiana, forever: attend the uber-elite Pennington College, play in their world-famous orchestra, and become a doctor. But when the financial aid she was counting on unexpectedly falls through, Liz's plans come crashing down . . . until she's reminded of her school's scholarship for prom king and queen. There's nothing Liz wants to do less than endure a gauntlet of social media trolls, catty competitors, and humiliating public events, but despite her devastating fear of the spotlight she's willing to do whatever it takes to get to Pennington. The only thing that makes it halfway bearable is the new girl in school, Mack. She's smart, funny, and just as much of an outsider as Liz. But Mack is also in the running for queen. Will falling for the competition keep Liz from her dreams . . . or make them come true? Learn more about You Should See Me In A Crown here! 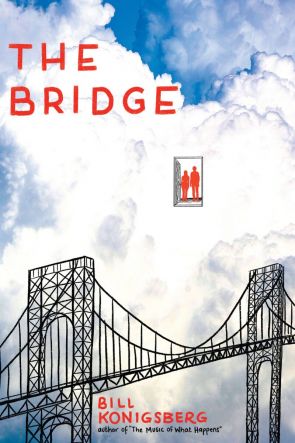 The Bridge by Bill Konigsberg

Two teenagers, strangers to each other, have decided to jump from the same bridge at the same time. But what results is far from straightforward in this absorbing, honest lifesaver from acclaimed author Bill Konigsberg. Aaron and Tillie don't know each other, but they are both feeling suicidal, and arrive at the George Washington Bridge at the same time, intending to jump. Aaron is a gay misfit struggling with depression and loneliness. Tillie isn't sure what her problem is -- only that she will never be good enough. On the bridge, there are four things that could happen: Aaron jumps and Tillie doesn't. Tillie jumps and Aaron doesn't. They both jump. Neither of them jumps. Or maybe all four things happen, in this astonishing and insightful novel from Bill Konigsberg. Learn more about The Bridge here! 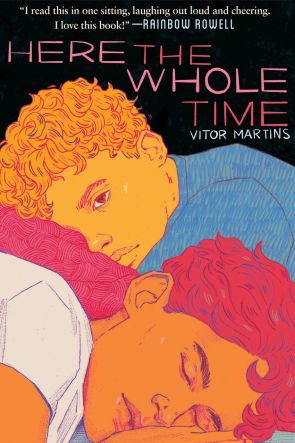 Felipe can't wait for winter break: Finally, he'll get some time away from the classmates who tease him incessantly about his weight. But Felipe's plan turns upside down when he learns that Caio, his neighbor from apartment 57, will be staying with him for fifteen days. Which is a problem because (a) Felipe has had a crush on Caio since, well, forever; and (b) Felipe has a list of body image insecurities and absolutely NO idea how he's going to handle them while sharing a room with his lifelong crush. Suddenly, the days that once promised rest and relaxation are a gauntlet of every unresolved issue in Felipe's life. But if he can overcome his insecurities, then maybe -- just maybe -- this break won't turn out to be such a disaster after all. Learn more about Here the Whole Time here!

Follow @Scholastic, @GraphixBooks, and @IreadYA on social to join in on the #ReadwithPride and #ListenwithPride celebrations!