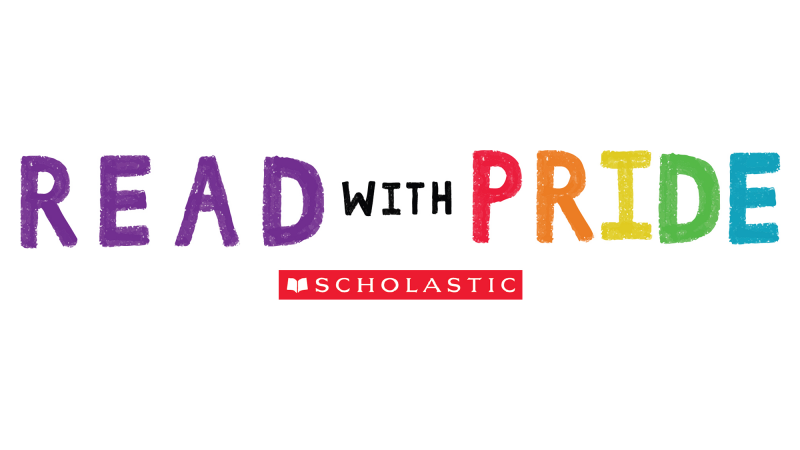 Read With Pride: Celebrate Pride Month with these 10 essential books

This June, in celebration of Pride Month, we’re encouraging readers to #ReadWithPride!

At Scholastic, we recognize that representation matters in children’s books and that there is a growing need for children’s literature that reflects our diverse world. That is why all month long, we’ll be spotlighting some incredible, essential titles that feature LGBTQIA+ characters.

To kick off Pride Month, hear from our editorial team about some of these must-reads: “When the starred reviews for The Moon Within started to flow in, they confirmed what so many of us already knew about Aida Salazar’s exquisitely rendered debut novel—that its moon was rising to illuminate a galaxy of praise, and bringing light to readers everywhere. This story begins with a locket in the heart of an unforgettable protagonist. The verse narrative then weaves itself into our hearts, guiding us through Celi’s journey of coming to womanhood. With her changing body, first blushes of love, homage to ancestral Mexican rituals, and coming to discover the exploration of gender fluidity, Celi takes readers into worlds both ancestral and modern. As the manuscript was shaping up, I felt its power, from a soul-deep place.” “I could not be more thrilled that readers all over the world have discovered Molly Knox Ostertag’s graphic novel The Witch Boy, a story that combines the best traditions of fantasy with the timeliest exploration of identity and self-acceptance. Molly’s portrayal of Aster, a boy who learns to embrace his magic—even when it defies his family’s expectations—is deeply moving, and her art expands the world with a vivid brightness that lives on, long after the last page is turned. It’s a story that helps us understand—and believe—that we each deserve to be embraced for exactly who we are, nothing more or less.”

—Amanda Maciel, Executive Editor and editor of The Witch Boy “It’s not surprising that Hurricane Child won the Stonewall Book Award and is a Lambda Literary Award finalist. As soon as the manuscript landed in my e-mailbox, I was immediately struck by the cadenced swirl of its storytelling. Young Caroline’s story is one that takes you by the hand, gently invites you to come along, and refuses to let go. Like a hurricane itself, I continue to be mesmerized by this novel’s incredible power—it’s a force that changes us forever. Hurricane Child delivers a life-changing storm, punctuated by mystery, island culture, an emerging love between two girls, and the enduring nature of what it means to be your authentic self.” One True Way by Shannon Hitchcock

“As soon as I read One True Way, I knew this book was a road map to the heart. I was excited to know that middle schoolers who were coming to discover who they truly are would follow its path to the best destination anyone can find—the truth about one’s self. At the same time, Shannon Hitchcock shines a brilliant, and important, light on LGBT rights in the 1970s, allowing all of us to see how far we’ve come, and the many steps that still need to be taken.” The Love & Lies of Rukhsana Ali by Sabina Khan

“I still remember the exact moment I knew I had to acquire this book: I was on a Megabus to Boston, sitting in the front row of the upper deck, a panoramic window flooding the cabin with light, when I read the ending for the first time. Sabina Khan’s writing cuts directly to the core, exposing truths both personal and universal. Rukhsana’s story is heartbreaking, yet ultimately hopeful. It’s a callout to anyone who has been made to feel unworthy of the love they deserve: You have as much of a right to exist, to take up space, to love who you love, and to make your voice heard as anyone else. No matter what anyone has to say, Love is love is love is love.”

—Jeffrey West, editor of The Love & Lies of Rukhsana Ali “As the title of this fantastic novel foretells, Bill Konigsberg has the incredible ability to take the most ordinary situations and find the songs within them. This is a love story, for sure—but it’s also a story that acknowledges that the truest thing love can do is help you overcome the darkness you feel, both outside and within. As a reader, it blew me away.” “Mason Deaver’s voice is one that needs to be heard—this heartbreaking, funny, and inspiring story is so fresh, current, and real; I fell head over heels for Ben, Nathan, Mariam, and their friendships and heartaches!! There’s an empathetic quality to Mason’s writing that makes the reader, whether they identify as non-binary or otherwise, fully embrace Ben’s journey, and shines a light on an experience and perspective that we need to see more of in YA literature. I Wish You All the Best is a shining example of hope at a time where the representation of many voices matters.”

—Jeffrey West, editor of I Wish You All the Best “I am so proud of what Billy Merrell does in Vanilla, showing an honest relationship between two boys who are struggling to define themselves in terms of each other, in terms of love, and in terms of sex. Beyond labels, it’s about how the most important thing is to figure out who you are—and then figure out if who you are fits into the relationship you’re in. Written in indelible, powerful poems across three different voices, Vanilla is a triumph of showing how a true self emerges, in confusing and ultimately hopeful ways.” And She Was by Jessica Verdi

“As soon as I read the manuscript for And She Was, I knew I wanted to acquire it; here was an incredibly timely and riveting YA contemporary, told in a fresh dual narrative, about Dara, a fiercely independent teenage girl who learns that her mom, Mellie, is trans, and sets off on an epic road trip to learn more about her family. I was blown away by Jessica Verdi’s gorgeous writing, the fast pace, and the raw emotional truths at the heart of the story. I feel so lucky to have edited this important novel, and I’m slightly jealous of those who will just be discovering it for the very first time.”

—Aimee Friedman, Editorial Director and editor of And She Was

“And She Was is so many things: a family-secret drama, a friends-to-more romance, and, I think especially, a mother-daughter story. Jessica Verdi handles the main character’s relationship with her transgender mother with so much care and tenderness, and ultimately this novel is for anyone who wants to know what it means to live our truest selves.” For more, follow #ReadWithPride and #ListenWithPride on social media and join in as our festivities continue with giveaways, special podcasts, exclusive new content, and more! 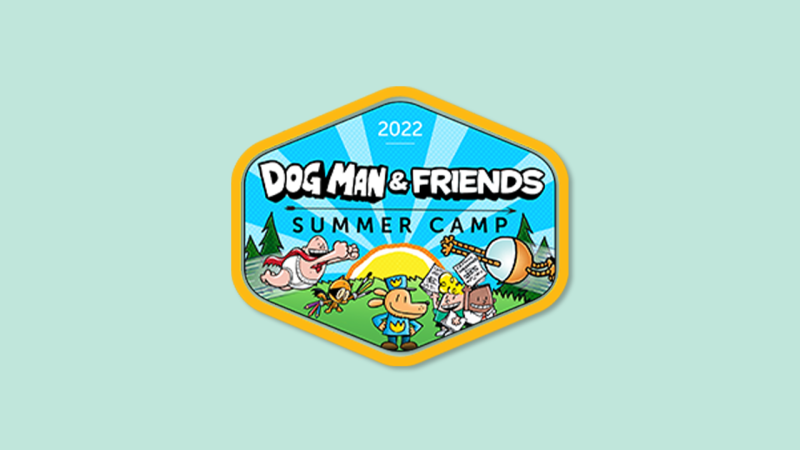 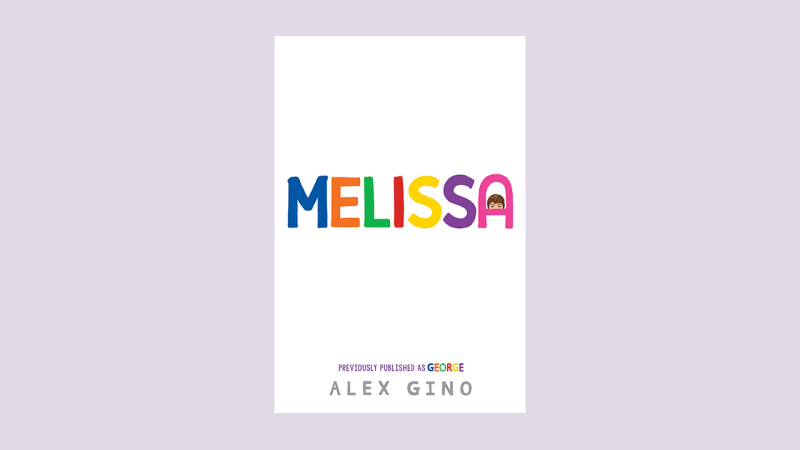 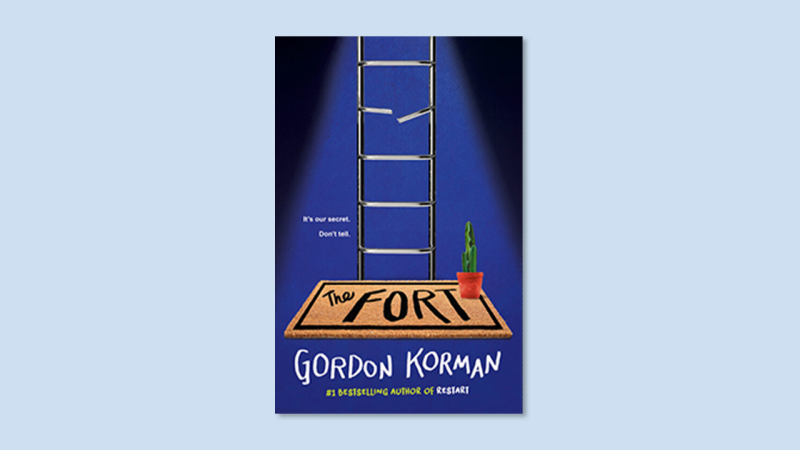