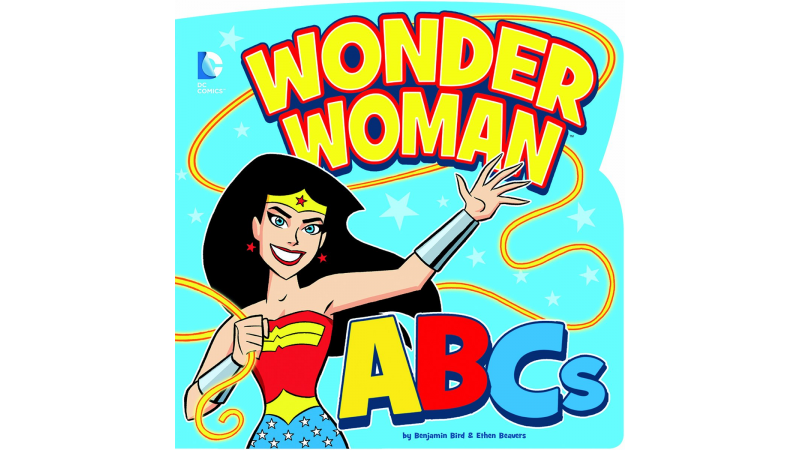 Raising a daughter on superhero books My daughter raises her fist and squeals that mantra everytime a superhero is mentioned or seen. Which, in our house, is often.

At the age of two and a half, she is one of the biggest superhero fans I know. She reads Matthew Reinhart's DC Superheroes Pop-Up book nightly, and names every character on each page. She asks to play with the Wonder Woman and Superman collectibles on our bookshelves. (The answer is no.) She learned the alphabet by memorizing books like Wonder Woman ABCs.

Watching her evolution into a superhero fan has been fascinating, especially as someone who isn't a superhero conisseur. I didn't grow up with superheroes, and it wasn't until recently (under the influence of my husband, a self-labeled comic book geek) that I even began to pay attention to them. (I am someone who earnestly thought the characters in "X Men" were aliens .) But my daughter has the superhero bug. These days, she carries a small Wonder Woman action figure around with her. She often wears a cape (that's her in the photo!). She asks to watch old superhero cartoons on TV, the exact ones my husband watched as a child. And, of course, the books: she reads them over and over again. How will that influence her, I wonder? Does a toddler know what it means to "rescue" someone?

Experts say that superheroes help kids as young as 3 and 4 understand the real world. They often serve as a launch pad for historical lessons about real-life heroes (and villains). They also lend themselves to creative ideas for arts & crafts and writing exercises. And there are tons of writing and reading activities based on superheroes.

This weekend, the "Wonder Woman" feature film will finally be released (after years and lots of false starts). Who knows if my daughter will still be interested in Wonder Woman when she's finally old enough to see the film, but until then, there are plenty of books to keep her occupied as she grows (including Archvillain, the superhero trilogy her own father wrote!).