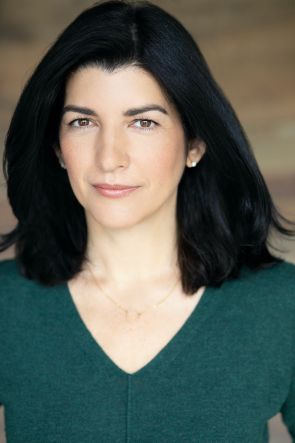 We interviewed Christina Diaz Gonzalez, author of Invisible, which is illustrated by Gabriela Epstein, as part of a series celebrating Hispanic and Latine Heritage Month. The titles we’re highlighting this month illuminate the diversity and breadth of the Hispanic and Latine experience, as well as the power of growing up in a multicultural household. The characters in these stories are exploring how their Latine heritage, their communities, and their interests and talents converge to make them who they are. 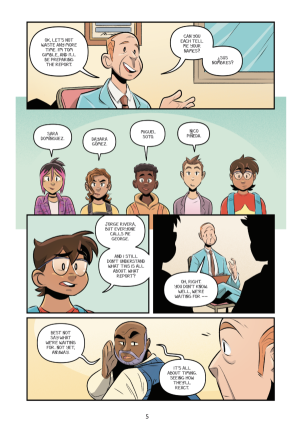 Five students, each completely different — the brain, the rich kid, the tough kid, the jock, and the loner — are forced together to complete their school community service hours. You’ve noted in other interviews that this setup in Invisible was inspired by the 1985 movie The Breakfast Club. Why was it important to you to re-imagine this story to focus it on five Latine students?

The Breakfast Club movie was such a generational classic because it gave voice to what many young people were feeling... that sense of not being seen for who you really are. I extrapolated this feeling to these five Spanish-speaking students because there weren’t many books where students like them could see themselves as the central characters and my experience was that even within the school system these students often felt overlooked. I wanted to highlight them and have them be seen!

You are of Cuban heritage; Gabriela Epstein has family hailing from Chile. How did you draw on these backgrounds to flesh out Invisible’s characters? What other Latine/Hispanic heritages did you feel most critical to include? What stereotypes were you particularly interested in uncovering?

My Cuban heritage shapes all I do as it is simply part of who I am and reflects how I see the world. When it came time to creating these characters I wanted to go beyond stereotypes and show them as fully realized individuals with the nuances of each nationality. There is such a wide range to being Hispanic that I knew I needed to show varying socio-economic situations as well as language and cultural diversity. I hoped to challenge the stereotypes of how each character was perceived on the surface and reflect the fact that there is much more to people than what they sometimes allow the world to see. 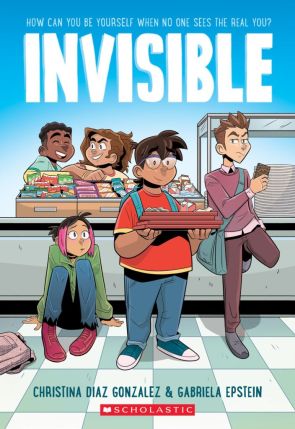 Your characters speak Spanish in varying degrees – sharing a lot of miscommunication and even some jokes as they do so. How do you think this humor helps to showcase and celebrate bilingualism?

I believe that how we choose to express ourselves reveals much of our personalities and that includes having fun with language. Being bilingual gives you access to TWO forms of expression and, by showcasing some of the humorous pitfalls of trying to choose the correct word, it relieves the pressure of always having to be perfect in either language.

Why was it important to have the students take action that extend beyond the scope of the community service as set by the school?

I think most people (including kids) would want to help others in their community when given an opportunity, but people often don’t know how to get started. They think it has to be something big, but often it’s the little things that we can do to help an individual that create the biggest impact.

How did the power of the characters’ diversity and their embracing of their own commonalities play into their journey?

I think it’s often easy to see how we differ from others . . . especially when we don’t know them as individuals. But it’s when we embrace our diversity and look beyond the differences that we can see each other as individuals AND see what unites us.