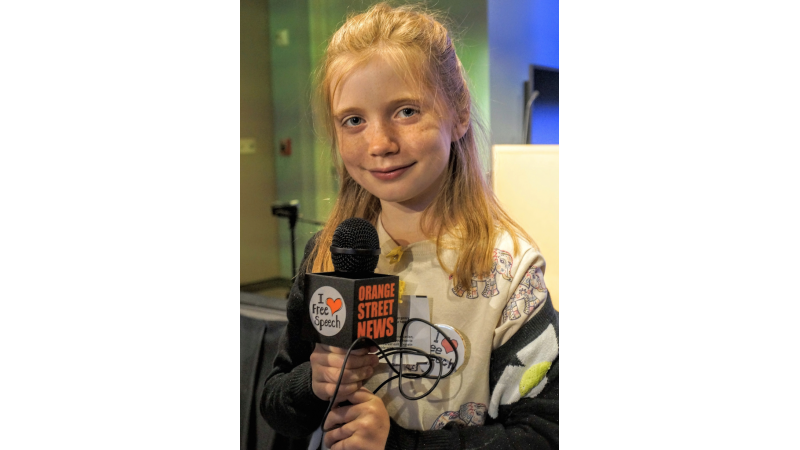 Our newest author is a mere 9 years old! Scholastic has acquired world rights to four books by nine-year-old reporter Hilde Lysiak, whose sleuthing skills have garnered international attention, to be co-written with her father, reporter Matthew Lysiak. Hilde is the nine-year-old publisher of Selinsgrove, Pennsylvania’s monthly newspaper, The Orange Street News. The paper has 700+ paid subscribers and is read by hundreds of thousands more on her website. Hilde rides around the streets of town on her pink bike in search of her next big scoop. She has covered fires, tornado damage, and even a story about how a dog thwarted a local break-in. Hilde’s journalism efforts have been profiled in the New York Times, Columbia Journalism Review, the New York Daily News, on NBC’s TODAY, and in hundreds of other newspapers and television stations around the world. Hilde’s book series will be part of our Branches line, which is aimed at newly independent readers (generally ages 6−8). The first book in the "Hilde Cracks the Case" series will be published in fall 2017 and will be a 96-page, black-and-white, fully-illustrated Branches series.

This mystery series stars Hilde, along with her older sister, Izzy, as her sidekick/newspaper photographer. Each book will feature a fictionalized version of a real-life news story Hilde has covered. This series will introduce young readers to the basic questions of journalism—who, what, when, where, why, how.