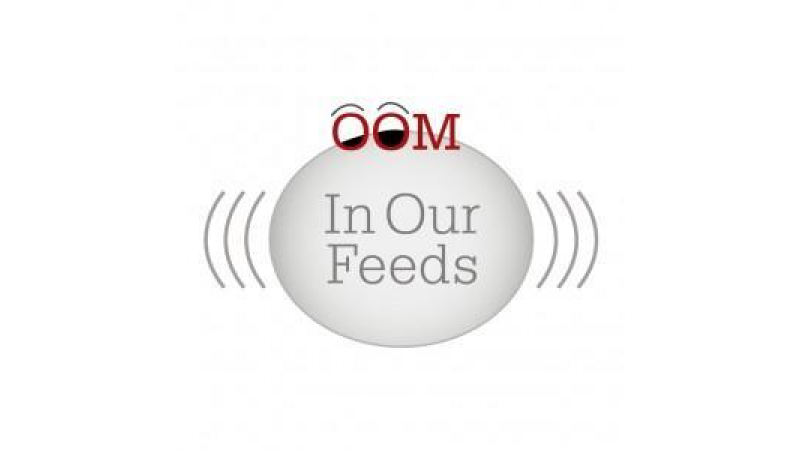 Each Friday, we share a handful of links we found interesting, provocative, funny — or just plain cool. We call it In Our Feeds. Have a good weekend!

Book lovers everywhere are saddened by the passing of novelist Tom Clancy, who was perhaps best known for his first book The Hunt for Red October.

On to happier news: The Muppets go to Washington D.C.! Fans of The Muppets (including Michael, who shared this story) can visit the iconic characters at the Smithsonian National Museum of American History.

Do you read on during your commute? Lia shares this cool site: Underground New York Public Library, which shows shots of people reading on the subway.

Ever wonder what celeb’s libraries look like? Get ready for bookshelf envy and check out “Libraries of the Rich and Famous” from Book Riot. If only I could fit a library like that in a NYC apartment…

Megan found this interesting news story: a man has pleaded guilty to stealing (and selling) Robert Frost's papers, including 2 letters and 13 Christmas cards. Read the story here! And on that note, I’ll kick the weekend off with a quote by Robert Frost:

"In three words I can sum up everything I've learned about life — It goes on." ~ Robert Frost