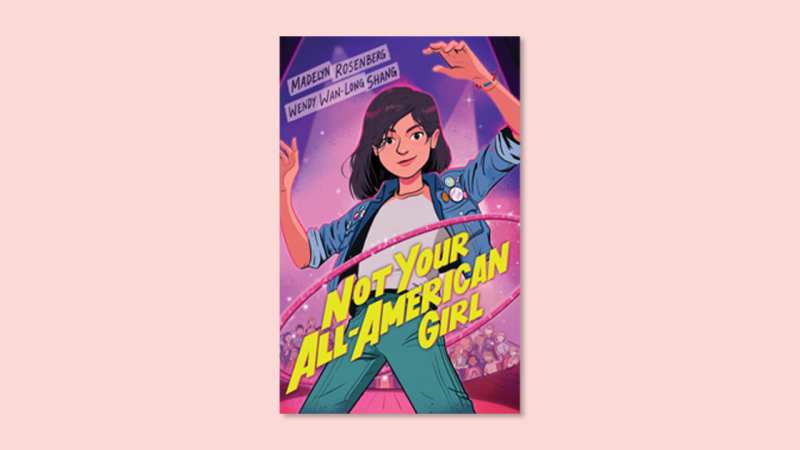 Not Your All-American Girl Takes Us Back to the 1980s

Not Your All-American Girl was published in 2020, but the Scholastic middle grade novel by Wendy Wan-Long Shang and Madelyn Rosenberg has major 1984 vibes. It was an electric time to be a kid in America, buttons pinned to your stonewashed jean jacket, the first VMAs on your TV set, and maybe MJ’s moonwalk is gliding through your mind. It was also a tough time to come of age for Lauren Horowitz, a middle schooler who is half-Jewish and half-Chinese growing up in a White suburban Virginia town during what Wendy calls the “eighties-est year of the 1980s.”

Lauren is smart, creative, and hilarious, as well as a phenomenally talented singer, but her favorite hobby is making original buttons with funny sayings on them. She’s a natural leader, but that’s hard for her to recognize at first because she’s often treated like an outsider based on her looks. While Not Your All-American Girl is a celebration of all the parts of Lauren’s identity, it also revisits some important moments in American history as a lens for exploring bias, privilege, and identity.

Throughout the book, Lauren is exploring her Chinese and Jewish heritage but she’s also forced to confront other people’s uninformed ideas of her. When she doesn’t get the lead in her school play, despite a killer audition, it’s made clear that she doesn’t look like “the quintessential All-American girl of the 1950s.” Her role in the ensemble becomes doubly insulting when Lauren’s blue-eyed best friend Tara gets the part because, she is told, that’s what audiences want to see when they picture an all-American town. Ultimately, this causes tension between the friends, and it’s hurtful to Lauren that Tara doesn’t understand her own privilege and that disregards Lauren’s feelings.

“I hope that adults reading this book realize they can help kids talk about these moments, and that it doesn’t have to be a huge blow-out about racism. It can be as simple as one person saying, ‘When you said X, this is how I felt,’ and the other person saying, ‘Thank you for telling me, I’m going to do better,’ ” said Wendy.

Lauren turns to music, finding a special connection with Patsy Cline, who she assumes is Jewish (Klein) and is heartened by what she thinks is an unexpected but strong Jewish voice in country music. “It’s why diverse books are so important now, right? So kids can see themselves. Lauren was searching for that mirror, and thought she’d found it,” said Madelyn. “She’d been searching so hard to find someone like her, and she used that clue of Patsy’s name to forge a bond.”

When Lauren later learns that it’s Cline and not Klein, she’s devastated. “For kids whose identities are marginalized, we hold on to these connections of shared identity as a way of figuring out who we are and who we can be. So when Lauren learns the truth, it’s a form of loss,” said Wendy.

The loss of her connection with Patsy, compounded by microaggressions from the drama teacher during play practice, causes Lauren to lose her voice.

At home, Lauren learns about Vincent Chin, who was killed by two men who thought he was Japanese instead of Chinese, and who never saw justice. It’s tough for Lauren to grasp, but “her mother helps her connect the dots - hiding her feelings of hurt and not calling out what she thought was wrong are part of what led to Chin’s death and injustice. He was not seen as a whole person,” said Wendy. “Not Your All-American Girl shows how a “big” moment can have personal ramifications.”

Lauren is deeply affected by what’s going on around her and questions the importance of her own voice, so it’s meaningful that after becoming mentally incapable of singing, she finds her voice during Passover. “Singing the four questions, remembering all of the other kids who have sung these questions, too, gives Lauren that power of connectivity. Even if she’s not seeing other Jewish kids (or Jewish-Chinese-American kids) she’s connected to them. And that connectivity allows her to come back to who she truly is,” Madelyn said.

With her voice back, a deeper connection to both her Jewish and Chinese roots, and a clearer understanding of herself, Lauren figures out how to take advantage of her natural leadership abilities to make an impact in her own way.

She turns to her button machine to create awareness about Vincent Chin, starting an important conversation about racism and justice in her school. It’s a conversation that remains critical. “Compounding the history surrounding Vincent Chin’s life and tragic death is a very modern history that shows we are not free of these events,” Madelyn explained. “People still use differences as an excuse for prejudice or intolerance.”

“The rise of hatred and violence against Asian-Americans since the beginning of the pandemic has been shocking and frightening,” said Wendy. “History lets kids see not just the past, but today, too.” Lauren also uses her singing talents and leadership skills to help the ensemble prepare for the play, improving their performance and changing the choreography to make everyone feel included and show off their individual strengths. She ultimately gets her moment in the spotlight, showing everyone what an All-American girl really is. 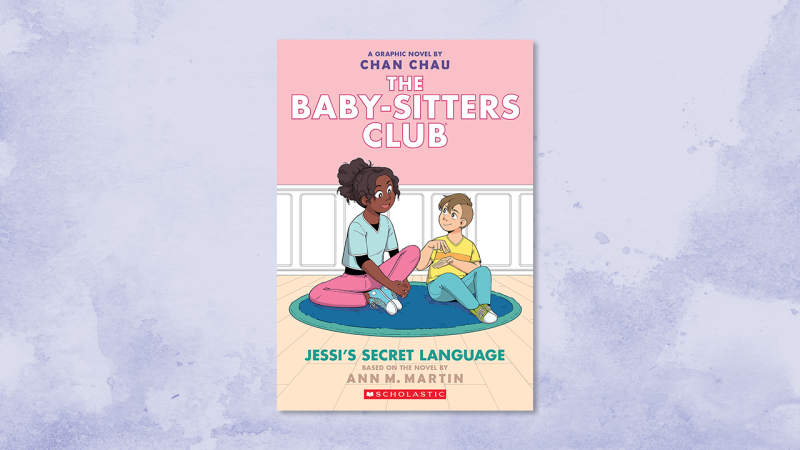 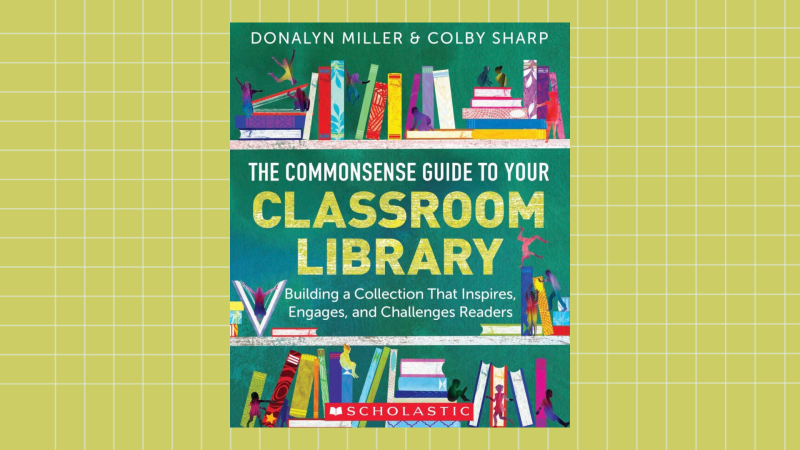 Teachers, Sort Through the Stacks with New Scholastic Professional Title: The Commonsense Guide to Your Classroom Library