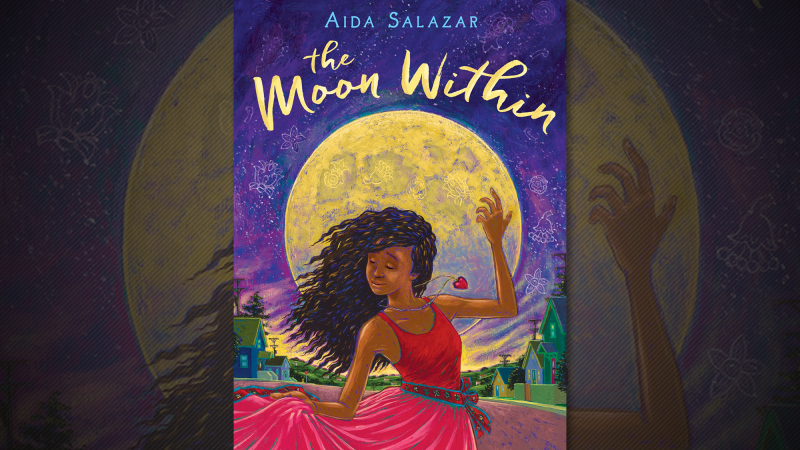 My name is Kayah Hodge, and this summer, I've been working as an Education Literacy Initiatives intern. I was born and raised in Brooklyn, NY, and currently attend Hamilton College.

I truly have to commend and acknowledge my strong, bold, and intelligent teachers and instructors who’ve exposed me to literature like the following books — for demanding that content like this be taught in the classroom as opposed to completely conforming to standard reading material. Especially as a Black and Brown person who all-too-often never gets to learn about myself, from the under-representative history textbooks to required literature content, the information that I’ve learned from the following authors, writers, and academics of color is not only inspiring, but has truly molded the person I am!

Reading literature by people who look like me is empowering because, and I say this as an avid reader and an advocate for reading, REPRESENTATION MATTERS.

If You Come Softly by Jacqueline Woodson

I don’t think I’ll ever be able to forget the exact moment when I read the climax of Jacqueline Woodson’s If You Come Softly. As a quirky eighth grader, I couldn’t put the book down. I had to have been about a couple chapters ahead of the assigned group reading for class when I got to THAT part. I remember slowly closing the book and wiping the tears from my face, probably with an  expression of awe and disbelief. I was disappointed and hurt, but I couldn’t help but appreciate how beautifully Woodson managed to get me to feel every emotion that I was so sure she intended. Woodson wrote it all so eloquently, and I just had to read it over and over again. When I went to school the next day and politely refused to participate in discussion, it was because I’d known something that everyone would soon discover. That scene impacted my life in ways that Woodson may never know, but I knew then that I wanted to do exactly what she’d done so gracefully. I knew I wanted to be a writer.

They say you shouldn’t judge a book by its cover, BUT in my opinion, this book’s cover is aesthetically pleasing… and — I must admit — the primary reason why I picked it up. Once in my hands, I wasn't able to put it down! The novel is written as a combination of prose and journal entries to God from the narration of a black, female doctor in post-apartheid South Africa. Masechaba, the protagonist, is a strong and hardworking woman trying to find her footing in a medical field that’s immersed in xenophobic tensions and isn’t adequately resourced. The book navigates a lot of authentic and genuine conversations elegantly and is definitely at the top of my list this month!

If Beale Street Could Talk by James Baldwin

James Baldwin naturally holds a special place in my heart as an educated, persistent, inspiring, strong, Black academic. (Yes, I could come up with more adjectives.) If Beale Street Could Talk was the first novel of his that I’ve ever read, and I truly valued the reality of the story. While it is a romantic and beautifully written love story, it also broadcasts the bitter reality of the American justice system. Protagonists Tish and Fonny are flung into navigating their livelihood after Fonny gets arrests and put in prison. Deep down, as a sucker for a great love story, this book represents love, hurt, injustice, strength, and endurance. (Yes, I could come up with more nouns.)

Why We Should All Be Feminists by Chimamanda Ngozi Adichie

I’d like to put on the record that this book is the perfect gift! I bought it on my own because this it has such a powerful, easy-to-follow, and vital message about gender equity. Written as an essay from one of Adichie’s TED Talks (yes, the same one Beyonce sampled in ‘Flawless’), this book is a great entry point for anyone interested in talking about feminism. Even people who aren’t interested! Especially people who aren’t interested! This very quick read gets directly to the importance of gender fairness in economy, politics, opportunity, and society in generally without the often confusing and intimidating vocabulary of a dense textbook. All of that and it’s not even the width of a notepad!

When I say that this is a book that I wish I had during my childhood, I truly mean it. Growing up as an Afro-Latina was hard for me because I couldn’t speak Spanish fluently, despite being literate in the language. I felt like I didn’t really have the right to say I was truly a part of the Honduran community because I hadn’t grown up there, nor could I truly communicate with the land’s people. This book follows the narrative of an Afro-Latina, pre-teen who’s just trying to figure out the world around her, and I can relate. These thoroughly and intentionally crafted poems made me melt as a poetry lover. The imagery carried throughout the course of this book is powerful and verbally illustrates moments that are all too familiar in my childhood and upbringing.