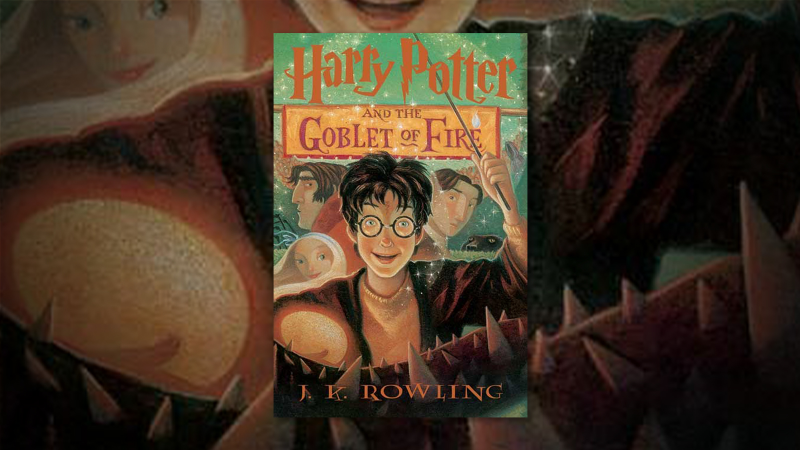 My Bookprint: Magic and Mystery

When I was a kid, I brought books with me everywhere. To the park, in the car for a trip to the grocery store, to church. It drove people mad. My normal life was boring, so I thought a lot about stories where kids solved crimes, where princesses reigned, and where magic was abundant. Here are some of the books that shaped me as a young reader.

My life has, in many ways, come full circle now that I work at Scholastic. Harry Potter has been my life from age 12 until now. My grandma took me to Barnes and Noble day of release to get them, and I wouldn’t speak to anyone until I was done. When Harry Potter and the Goblet of Fire came out, I got it in the morning and stayed awake until 8am the following day. I hadn’t slept but I still had to go to church. The following release I brought Harry Potter and the Order of the Phoenix to a family picnic. A family picnic! I’m a Hufflepuff, an expert sorter, and some of my closest friends come from listening to a Harry Potter podcast where I finally found readers like me who loved it the way I did (hi #WizardTeam friends!). It’s truly affected my life in millions of small ways.

A Series of Unfortunate Events

When I was a kid, my grandma worked craft shows. She sold crocheted baby clothes at malls in or around New York state. So I’d spend a lot of weekends sitting in a chair or on the floor of some mall or another, doing homework or reading. I’d walk around and look at things I couldn’t afford, but best of all, I’d go to the bookstore in the mall. (Except the mall we went to most frequently, which didn’t have a bookstore. Absolutely tragic.) I would sit in the bookstore for hours, like it was a library. I think the employees caught on to the fact that there was a craft show because rarely did anyone ever kick me out or ask questions. One weekend, I went to Borders (miss you!) and found A Series of Unfortunate Events. Besides loving this series about sad orphans with sassy and sparkling narration, I also listened to NSYNC’s Celebrity album in the music section of Borders. I did this alternately all weekend. Read some ASOUE, listen to some NSYNC. Now the two things go together in my head forever. Weird.

I love mysteries. Whenever I look back on what I loved as a child, sure Harry Potter tops the list, but I sometimes forget to give mysteries their due. I mean, what drew me to Harry Potter was the mystery aspect of the first few books! So when I tell you my girl was Sammy Keyes? I mean it. I still have at least 9 of the books in this series. I wanted to write mysteries like Sammy Keyes and the Hotel Thief. Sammy lived with her grandma too, so I related to her a lot. I liked Encyclopedia Brown first, but Sammy Keyes had real personality. She was the gateway to Agatha Christie spell that followed. I think if I were to ever write a book (do all Scholastic employees have this distant dream?) I’d want it to be a middle grade mystery.

I wasn’t an American Girl girl, I was a Royal Diaries girl. I only owned two of these books, but I read about Cleopatra and Elizabeth I over and over again. Ancient Egypt and the Tudors are a popular era-obsession for many millennials and these were mine. They’re not my first or favorite princess stories, but I read them often and they represent that side of me that loves princesses and maybe wished I was one.

Exactly what it says on the cover, this was a book of fairy tales published in the mid-90s. Goldilocks, Hansel and Gretel, The Pied Piper of Hamelin, the usual suspects. It had a blue cushy cover, a ribbon to mark your place, and gold. leaf. edges. It was so fancy! My copy is now not so fancy because I read this book until it fell apart. I still have it, it doesn’t have a cover, young me wrote in it, folded the pages, spilled spaghetti stains, you name it. It was the first book that sparked my love of fairy tales. I go through phases of being obsessed with fairy tale retellings, I’m a huge Disney fan, and, now, I like to seek out fairy/folk tales that expand beyond this Western European canon.

The majority of the books I read as a kid weren’t written by BIPOC authors, and didn’t feature many BIPOC characters. As a reader, the characters didn’t look like me in the fantastical worlds I preferred. I didn’t understand until my early 20s how much that affected me. My own stories never went very far, and this explains why. I was writing about people I had no connection to, I wasn’t writing any part of myself into these little stories because I didn’t read many books with characters like me.

Now, kids today have access to books I didn’t have. And I hope it makes their reading journey all the more exciting to be able to see kids like themselves, no matter who they are, in far off places, solving crimes, wielding powerful magic. I’m so happy that I can proudly say Scholastic makes these kinds of books. Like I said, full circle.