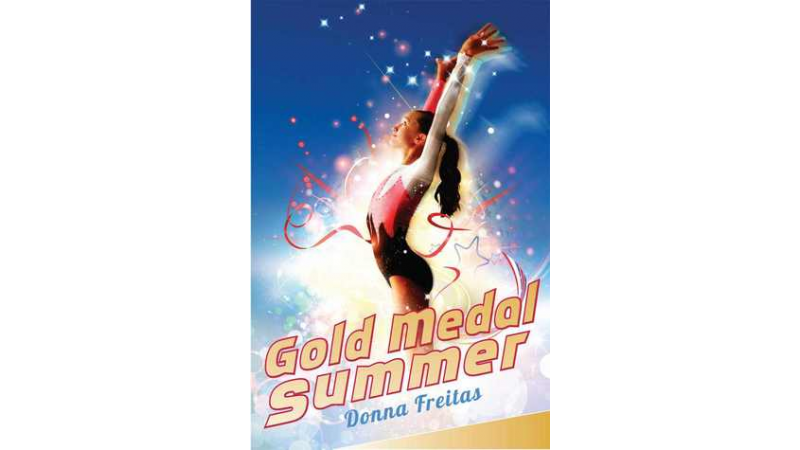 Every four years, it hits me: gymnastics mania.

I LOVE Olympic gymnastics. I follow the sport sporadically in between the Games, but fervently during them. Naturally, this past weekend, I was glued to my television watching the gymnastics trials as the U.S. gymasts competed to see who will go to Rio.

I'm thrilled with the final team (check out "here are the five superhumans who just made the U.S. Olympic Gymnastics team")! And of course, now I'm inspired to pull out all my favorite old books featuring gymnasts as we count down to the Olympic Games.

Gold Medal Summer by Donna Freitas: A charming, touching, realistic portrayal of what life is like for a young, competitive gymnast who has to decide how much gymnastics should be in her life.

The Gymnasts series by Elizabeth Levy: I love a good children's series from the 1980s, and this was one of my tops back then. It's like The Baby-sitters Club, only without the kids...and with the vault, bars, beam, and floor! Balancing Act by Dominique Moceanu: Yes, that Dominique Moceanu! The gold medal-winning gymnast penned a few books in the Go-for-Gold series about a fictional gymnast, but you can be sure they included some true-to-life experiences.

Tumbling by Caela Carter: I just started reading this new release and am hooked already. A sophisticated, intense look at the lives of five teenage gymnasts as they compete in the Olympic Trials. (Timely!)

The Little Gymnast by Sheila Haigh: A sweet, old-fashioned story for younger readers.

Who else is a gymnastics fan? Tell me what other books I should be reading!