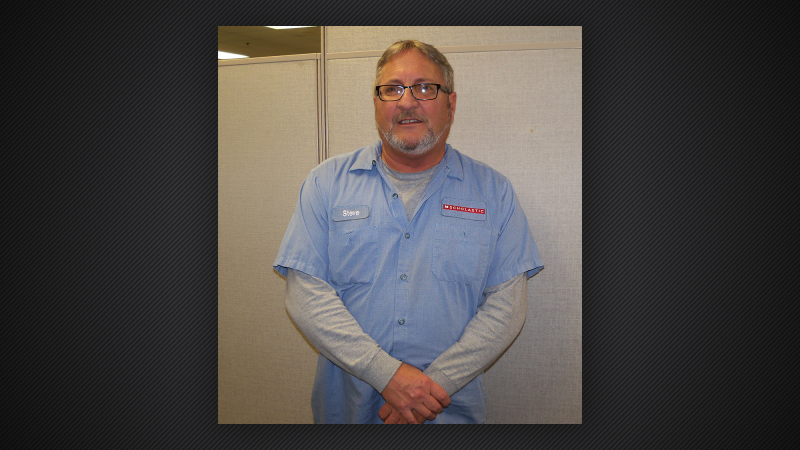 If you've attended a Scholastic Book Fair—maybe as a child, teacher or volunteer—you know that rush of excitement when you see all those brand-new books just waiting to be read. Of course, anticipation really begins when the Book Fairs truck pulls up, its arrival announced by the cheerful faces of Clifford, Captain Underpants and Harry Potter.

Today we'd like you to meet Steve Verner, who has been driving a Scholastic Book Fairs truck for more than thirty-five years. In my conversation below, Steve remembers some special moments from delivering Fairs to schools, and explains why this work is "more than just a paycheck." Steve Verner has driven more than one million miles since joining Scholastic as a Book Fairs truck driver in 1982. Over the course of his career, more than 14.5 million children have had the opportunity to own their own book, thanks to Steve.

Last year, Steve celebrated his thirty-fifth anniversary with Scholastic, and this year was a 2018 National Private Truck Council/Lytx Inc. Driver Hall of Fame nominee: a prestigious award that recognizes drivers who have long safety records, and who bring a positive attitude to their work and the communities they serve.

How did you start driving for Scholastic Book Fairs?

I had been driving for another company, and it was part-time work that included weekends. My friend’s mother was a sales rep for Fairs, and told me they were looking for drivers for Monday through Friday work, so I applied.

What is a typical day for you?

I start early in the morning. On an average-to-busy day, I go to between five and eight schools. I drop off in the morning and pick up in the afternoons. On those days, I drive a couple hundred miles, and it’s about a 10–12-hour day.

What usually happens when you pull up to a school in the Book Fairs truck?

You mean besides the kids going crazy? Sometimes when I get there, kids are on the playground, where they can see the truck, and they start waving and yelling “Clifford!”

The first thing I do is find out where they want me to unload, and we roll everything right off the truck. Usually I bring it all into the library—or media center, as they call it these days—or sometimes a multipurpose room. A lot of times kids are right there asking when and where the Book Fair is going to be.

What is it like to drive a Book Fairs truck—do you get special attention?

Sometimes when I stop for lunch, people will walk by and look, especially kids. I can hear them saying, “There’s Clifford! There’s Harry Potter!”

Tell me one of your favorite stories from delivering a Book Fair.

This was really touching: I was at a school in Alabama, and I was picking up the Fair. Some of the special needs kids were outside, nearby, and I was being really careful with everything. One of the teachers brought a kid over, and I was explaining all about the truck and—I probably wasn’t supposed to do this, but I let him push the button that made the lift go up and down. He loved it because it reminded him of the lift on his school bus, and was so happy. I had had a rough day that day, and it was just a really nice moment. It still sticks out in my mind.

I bet you’ve worked with some of the same schools and staff for a long time. What is that like?

Some schools I’ve been to 15 or 20 times, so yes, you recognize people. They are all great people. The media specialists are the people I see most, and they are the ones who know all the kids, because every kid goes through the library. I have seen some since they started working, and they are retiring now. And some other ones, they’ll change schools and I’ll recognize them at the new place, and say, “Hey, didn’t you use to teach at that other school?”

How has the job changed over the last three decades?

The job hasn’t changed too much (except maybe a little bit more regulation). But the branch is much bigger. When I first started, there were just two trucks and maybe three drivers. Just 10 people total working at that location. Now I bet we have about 70 people.

Why have you stayed with Scholastic for 35 years?

With a lot of jobs, you work, and the main point is to make money. At Scholastic, that’s not the most important thing. It’s one of those jobs where if you like it, then you like it. You could work somewhere and you’re not enriching people’s lives, but books enrich people’s lives.