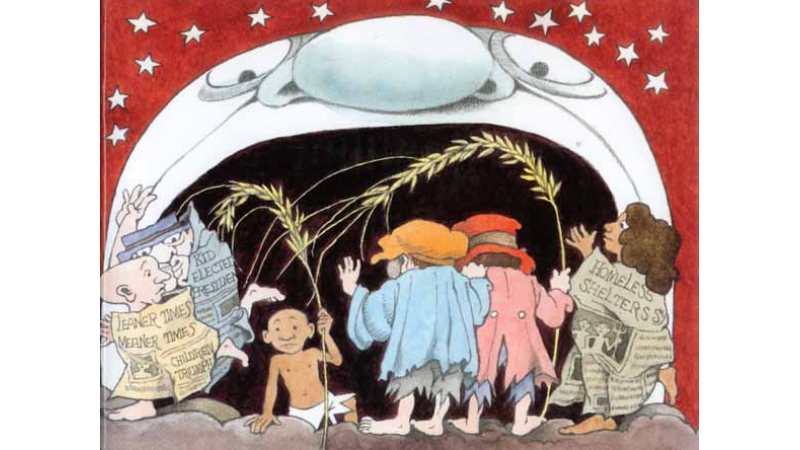 Maurice Sendak in his own words

"Did you hear Sendak when he came to Scholastic?" our librarian asked me.

"Yes! He was irascible!"

"He was everything!" she replied. Irritable. Irate. Ill-tempered.

Anyone who heard Maurice Sendak speak on that October afternoon in 2007 in the Scholastic Auditorium still savors the memory. But memory plays tricks, so I asked my friend Jack, a former colleague, for specifics.

"I had no idea what to expect, but he was wonderful," Jack wrote. "Cranky and curmudgeonly and bitter, but funny and smart and sharp as a very sharp thing. Early in his career, a publisher said that his drawings didn't look like real kids. Real kids were smiley and cherubic with blond hair, etc. Sendak explained that where he was from in Brooklyn, that's what kids looked like — worried Jews with big heads."

Sendak and his siblings, Natalie and Jack, seem to have spent much of their childhood immersed in worry and dread.

"Childhood is cannibals and psychotics vomiting in your mouth," Sendak told cartoonist Art Spiegelman in 1993 in The New Yorker. Sendak had just published We Are All in the Dumps with Jack and Guy: Two Nursery Rhymes with Pictures. Part of one rhyme goes like this:

Jack and Guy
Went out in the Rye
And they found a little boy
With one black eye
Come says Jack let's knock
Him on the head
No says Guy
Let's buy him some bread
You buy one loaf
And I'll buy two
And we'll bring him up
As other folk do.

Sendak, who died in 2012, would have been 86 today. You can find wonderful reminders of him everywhere. But watching this tender video by storyteller Christoph Niemann strikes me as the perfect way to honor him on his birthday.

"I am in love with the world," Sendak said just months before he died. And we will always be in love with irascible him.