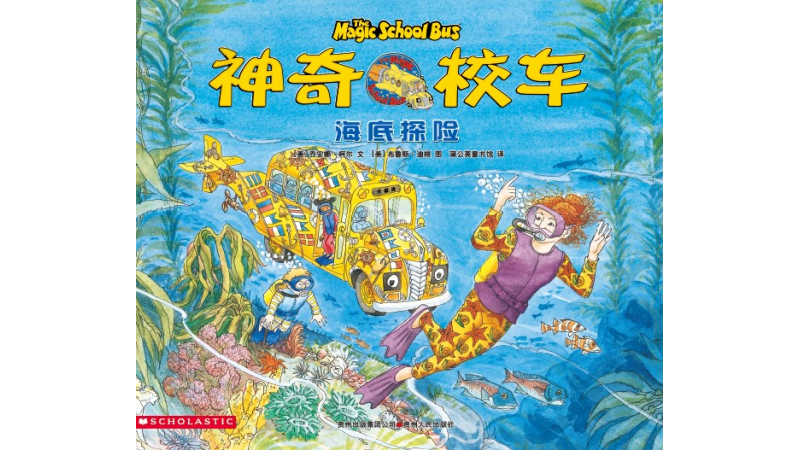 How do you say Ms. Frizzle in Chinese?

“Juan Mao Lau Shi. Juan means frizzy; Mao means hair; and Lau shi is teacher,” says author of the Magic School Bus series, Joanna Cole. She and illustrator Bruce Degen just returned from their first trip to China, where they met with fans of The Magic School Bus across the country!

“We learned that Magic School Bus has sold more than 8 million Chinese language books since 2007, and the volume has increased every year.  Our hosts were the Chinese publisher, Beijing Yuanliu, with the children's imprint, Dandelion, who have the rights for the Chinese language editions on the mainland,” says Bruce.

Joanna and Bruce were busy during their two weeks in the country as they visited schools and libraries, met with the team from Scholastic Asia, attended book signings, sampled local cuisine, and even met a panda bear! Some of the schools they visited were reading The Magic School Bus books in Chinese, while others were using the original versions to learn English. Through the help of a translator, Joanna and Bruce were able to answer questions from the students and learn about what they love about the Magic School Bus!

“At one point in our journey, a typhoon was headed right for us, but swerved away at the last minute,” said Joanna. “So good fortune followed us all the way.”

“I will never forget this trip.  With the traveling time it took 14 days.  It was worth every minute,” said Bruce. “It felt like we were participating in a rising renaissance of Children's publishing in a huge country that is eager to be part of the worldwide advances in reading, education, and the pleasures of Children's literature.”