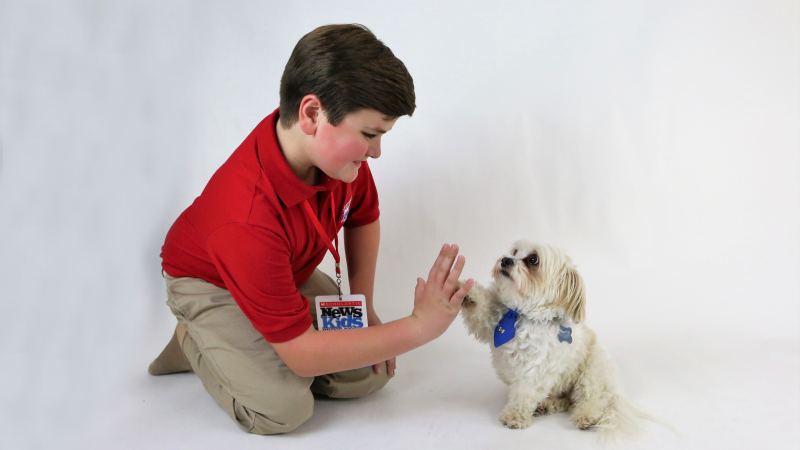 This month, Kid Reporters in the in the award-winning Scholastic News Kids Press Corps have been working hard, writing stories about news happening in their communities and moments that captured the nation’s attention.

These junior journalists interviewed Jahana Hayes, Representative-elect for the U.S. House of Representatives; Rob Marshall, director of the new Mary Poppins film; and New York Giants Quarterback Eli Manning. They also explored yoga for teenagers, the crucial role of sharks in the food chain, and a unique house in Ohio that attracts visitors from around the world.

Check out all of the December stories from the Scholastic News Kids Press Corps, below! We’ll be sharing monthly round-ups of Kid Reporter stories right here on the On Our Minds blog.

Jahana Hayes will be the first African American woman to represent Connecticut in the United States House of Representatives.

For the past 20 years, the Canadian Pacific Railway has collected groceries and helped raise money for food banks in North America.

A Friend to Sharks

The founder of a fun run for sharks in Newport, California, learned about the crucial role of sharks the hard way. The Ohio house that served as the setting for the beloved holiday film attracts visitors from around the world.

Could a practice that originated in ancient India help today’s teenagers? Our Kid Reporter finds out for himself.

Writing About the Beauty of Sports

Author Mike Lupica talks about his latest book, No Slam Dunk, and his love of sports and sports writing.

In a close match, Florida State takes home the NCAA title for the second time in the school’s history.

The Disney sequel to the beloved 1964 movie looks for “hope and light in a dark time,” says director Rob Marshall.

Scholastic and the Yale Child Study Center launch a research collaborative to help all kids thrive in the classroom and beyond. A Celebration of Play

Our Kid Reporter talks with young inventors at Chicago Toy & Game Week, the largest event of its kind in North America.

What is it like to live in the midst of war? Author Omar El-Akkad explores that question in his debut novel, which is set far in the future.

The Unlikely Rise of “Snowball”

Our Kid Reporter finds out how an abandoned dog in Cleveland, Ohio, went from the streets to the studio.

Off the field, New York Giants quarterback Eli Manning has made it his mission to help children battling cancer.

An annual baseball tournament gives young athletes of all abilities the chance to shine.