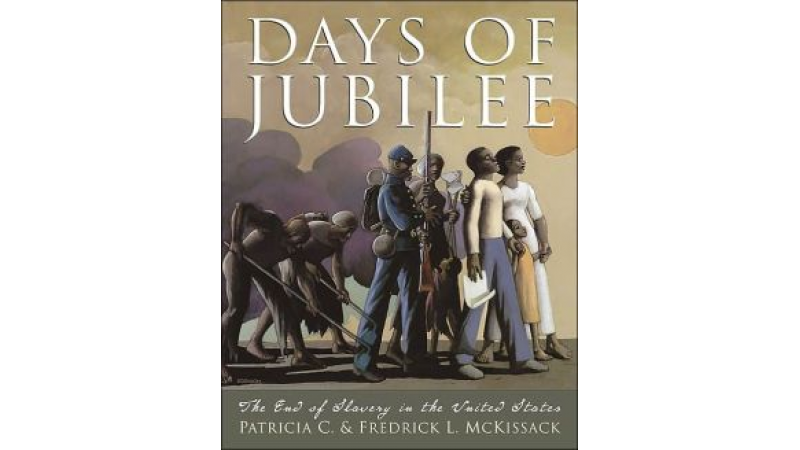 Juneteenth, a day for jubilee!

On June 19, 1865 General Gordon Granger read General Orders, No. 3 publicly to the African Americans of Texas, informing them that they were free – and not slaves – two years after the Emancipation Proclamation went into effect. June + nineteenth was quickly consolidated into the term Juneteenth, and celebrations associated with this day have spread across the nation, official in several states.

Many of the interviews from Texas in the Born in Slavery collection at the Library of Congress describe what it was like living and laboring in Texas during those two years. For example, in her 1941 interview, Mrs. Laura Smalley describes her master’s return from the Civil War. A child at the time, her master had been gone so long that she had thought he was dead, and after coming home he kept his mouth shut about emancipation:

“Uh-uh. No he didn't tell. They worked there, I think now they say they worked them, six months after that. Six months. And turn them loose on the nineteenth of June. That's why, you know, we celebrate that day. Colored folks--celebrates that day.”

But there are lots of other days that carry similar significance. The Scholastic book Days of Jubilee points out that “whenever slaves learned that they were free, that day became their Jubilee”. This middle grade nonfiction title goes over several of the important dates “leading to freedom”, and, in the chapter “Freedom don’t make you rich”, authors Patricia C. and Fredrick L. McKissack explain that the Freedmen’s Bureau traveled throughout the South during 1865 to tell slaves that they were free, mentioning a few different celebration dates:

One ex-slave, who is quoted, William Stone, explains that he didn’t know he was free until September!

As the book points out, there are many significant dates for commemoration. In the British West Indies, Emancipation Day celebrations take place during the first week of August, since the Slavery Abolition Act was signed on August 1, 1833. Throughout the Caribbean, emancipation celebrations are often tied to Carnival festivities, many of which take place in both August and February. Here are a few other dates associated with the end slavery in the Americas: April 16 – Washington DC, August 8 – Kentucky, July 3 – U.S. Virgin Islands, and the first Monday in August – Canada (known as Simcoe Day in Toronto).

For more information on this topic, check out Festivals of Freedom: Meaning and Memory in African American Emancipation Celebrations, 1808-1915 by Mitch Kachun.

Granger img via Library of Congress