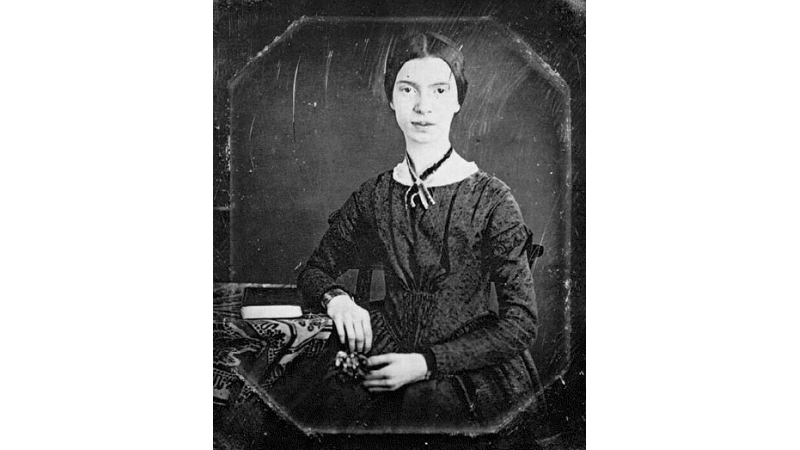 Emily Dickinson died more than a century ago. But the Belle of Amherst still speaks to us. Her disdain for convention would be recognizable to anyone who challenges the status quo—or is in the throes of adolescence. As Dickinson once wrote (in flowery script):
Assent - and you are sane -
Demur - you're straightway dangerous -
And handled with a Chain.

My favorite Dickinson poem from my high school days starts with this memorable line: "I'm Nobody! Who are you?"

Nearly every teenager, with the possible exception of the starting quarterback, can relate.

If you'd like to introduce your students to Dickinson's poetry, a new website makes her work more accessible than ever—that is, if your students can read script. You'll find remarkable images of poems scrawled on envelopes and scraps of paper, some adorned with flowers and doodles. The acidic musings came while Dickinson was tending to her garden and/or fretting about her health.

The site also has a lexicon with more than 9,000 words found in the poet's works.

Like every blogger, Dickinson now has her moment in the digital sun. What would she think? She told us long ago:
How dreary - to be - Somebody!
How public - like a Frog -
To tell one's name - the livelong June -
To an admiring Bog!

Bog, blog—these days, it's much the same.