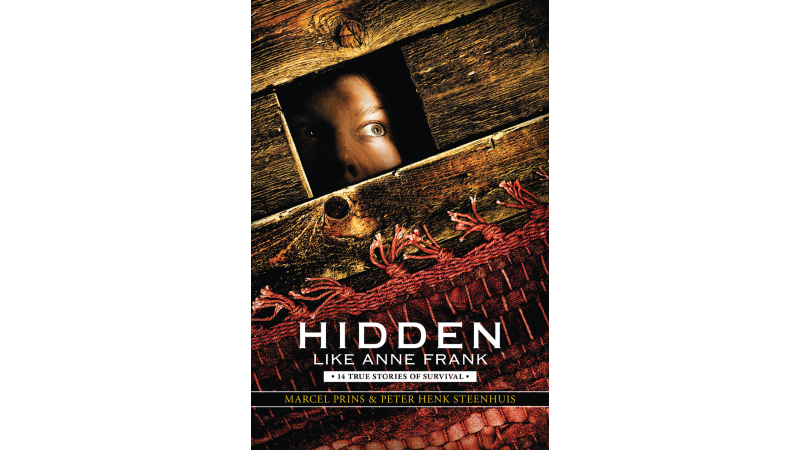 The United States Congress established the Days of Remembrance as our nation’s annual commemoration of the Holocaust and created the United States Holocaust Memorial Museum as a permanent living memorial to the victims. Holocaust Remembrance Day is today, Monday, April 28, 2014. Today on OOM, we are honored to welcome Marcel Prins, a Dutch filmmaker and author who has brought to life in fascinating detail the true stories of fourteen young people who were hidden throughout the Netherlands during World War II in his book Hidden Like Anne Frank: 14 True Stories of Survival. His riveting guest post about his inspiration for his book follows below.

My mother was sent into hiding by my grandparents in the summer of 1942. At the time, she was a five-year-old child who had no idea why she had to be separated from her parents. Being Jewish had never been an issue… suddenly it was. As a little boy, I was curious about the stories of her time in hiding. She told me about her fears, the confusion, but also about the love she received from her foster parents. It made a big impression on me.

Going into hiding was exceptional. Most Dutch Jews were hesitant at the time and reluctant to take measures to protect themselves. The general attitude was “wait and see,” cooperate with the authorities, and hope for the best. A relatively small group of 26,000 Dutch Jews didn’t trust the stories about the so-called “labor camps” where people were sent, and so they went into hiding. The most famous example is of course Anne Frank, whose diary has been read all around the world. She was betrayed and killed in Bergen-Belsen.

My mother survived the war separated from her parents in two different families. Apart from my mother’s story, I became very interested in the stories of other Jews that survived in hiding, so I started researching their testimonies. I ended upinterviewing more than twenty of them still alive in Holland. What did going into hiding actually involve? Where did you go? How did you know whom to trust? How did you find money to pay for your hiding place? What did you do when you were frightened? These are the kinds of questions that I asked men and women who are now old,but who were young boys and girls during the war.

Their stories and experiences were all very different. They hid at one address or forty-two addresses. They were received with warmth or with beatings.  They hid in the countryside or in towns, sometimes alone, sometimes with others. Some were separated from their families, others stayed together. Some had to pay large sums of money, others nothing at all. Some were treated as equals, others as slaves. Some had to stay in their hiding places, others could move about freely. Some were betrayed while others were kept safe.

Despite the variety of their experiences they all share the pain of losing their homes, their families, even their own names. After liberation, the hidden children surfaced. If they were “lucky” they were reunited with one or both of their parents. But parents were faced with children who had changed and grown dramatically, and the “abandoned” children found parents they often hardly recognized. My mother, for instance, became very attached to her foster parents and wanted to stay with them when the war ended. Liberation and survival didn’t mean a happy ending, but rather a painful process of reassembling life and trying to reconstruct the most basic relations, once so natural, between parents, their children, and remaining family members.

Talking to these men and women was a very special experience for me. Most of them spoke about their experiences in the present tense when I interviewed them, as if they were back in the moment — as if they’d traveled back in time. I took a picture of each interviewee directly after the interview. It was a vulnerable moment, and I imagine you can see that in their facial expressions. For many, it was the first time that someone had interviewed them, and their trust in me felt like a gift, but also a big responsibility. The fact that they were happy with the book, and with the animated films we created and put up on www.hiddenlikeannefrank.com, was the greatest compliment I’ve ever received.

Photograph 2: My mother, after her interview