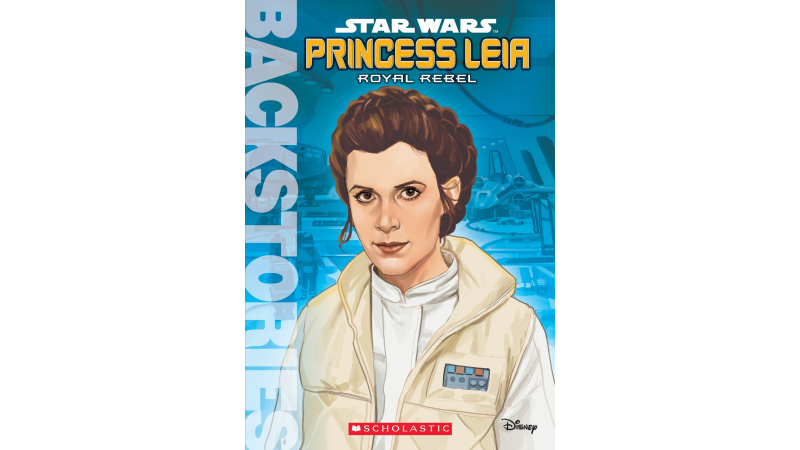 We at Scholastic can’t stop talking about Rogue One: A Star Wars Story, the first film in the Star Wars Anthology series. To tide us over while we wait for the upcoming Star Wars: Episode VIII and the untitled Han Solo Anthology movies, we’re reading some recently published Star Wars books. Check out the list below, sure to entertain Star Wars fans of all ages.

Princess Leia: Royal Rebel (Backstories) (Ages 8–12) by Scholastic & Calliope Glass: Discover everything there is to know about Princess Leia in this in-depth biography, filled with illustrations, artifacts, and fast facts—part of the Backstories series of character biographies.

A New Class (Star Wars: Jedi Academy #4) (Ages 8–12) by Jarrett J. Krosoczka: Victor Starspeeder will have to make new friends, get on his sister’s good side, learn to use the force, and hope the year’s drama club performance (Wookie Side Story? Annie Get Your Lightsaber?) goes off without a hitch in the hilarious fourth book in the New York Times bestselling Star Wars: Jedi Academy series.

Quest for the Kyber Saber (LEGO Star Wars: Activity Book with Minifigure) (Ages 7–10) by Ameet Studio: Relive all of the humor and action of LEGO® Star Wars™ in this fun-filled activity book! Includes mazes, matching, code-breaking, puzzles, plus a buildable minifigure.

R2-D2 and C-3P0's Guide to the Galaxy (LEGO Star Wars) (Ages 7–10) by Ace Landers: The definitive guide to the LEGO® Star Wars™ Universe, presented by the galaxy's favorite droids—C-3P0 and R2-D2! Includes a buildable C-3P0 minifigure.