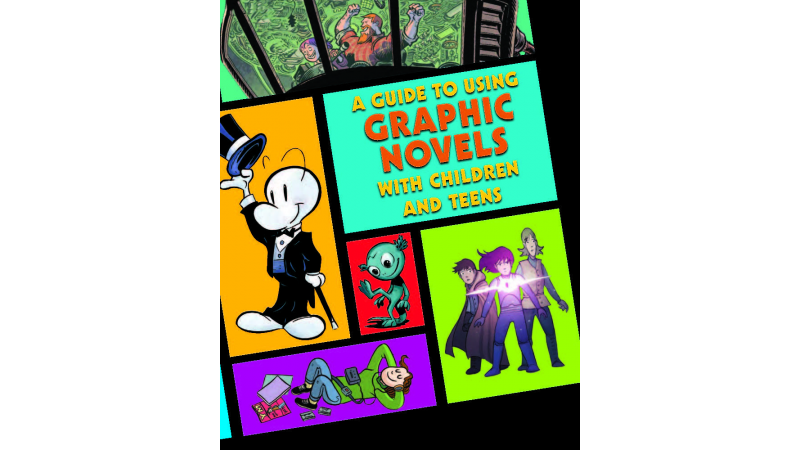 The graphic novel is no longer just a format suitable to learn about. It is also starting to be used as a tool to educate. –Jesse Karp, “The Case for Graphic Novels in Education” American Libraries

I can’t explain why I didn’t make photocopies of her ‘response comics’... As you can tell, I mourn their loss (to humanity) constantly, but it’s not because she’s famous now! As a senior in college I thought to myself – she captured the essence of the reading: check plus. After teaching adolescents, I now realize that what she captured is the essence of what’s going on in the American classroom!

No one had to convince me comics + education = a win, as you can see from my T.A. style. Years later, while teaching in high school, a colleague and I formed a comic book club to engage the high school boys in document based reasoning for – you guessed it! – DBQs on the standardized tests. Of course, we didn’t tell the students this this was our purpose; but we did state it on the form we turned in to the Out of School Time director when we registered the club. Luckily, in the past decade academics have done research studies that validate comics-based lesson plans and curriculum (see below), and true believers have developed resources to facilitate teaching with comics, such as A Guide to Using Graphic Novels with Children and Teens (from the folks here at Graphix).

For students who flourish with this format, there is a much cooler incentive now than acing DBQs; in September the Scholastic Art & Writing Awards announced a new category for Editorial Cartoons. Three students will be able to win $1000 each!

I never made those photocopies, but, inspired by the simplicity and wit of Badly Drawn Girl, I have embraced the stick figure format and used it over the years to process my teaching experience. The first time I did this was during 24 Hour Comic Book Day in the fall of 2009. My comic book club students and I sat in with 7000BC for this annual global event, which takes place the first weekend of October (this weekend!). In 2009, I got to seven pages about being a NYC Teaching Fellow, having spent 2-3 hours meticulously drawing bricks with a ruler (the students warned me I was moving too slowly, but I didn’t listen). In 2010 I was able to get to 24 pages with my Robot Alien Space Comic; this is my best work to date, but there is no dialogue (it's my Shaun Tan). Finally, in 2011 I did it: 24 pages – with dialogue – in 24 hours. The story is awful, but that year was a win overall; I made a complete comic book!

This weekend thousands of creative people will squeeze months of work into one day.

Here are some resources that will convince you to squeeze comics into at least one lesson plan, if not one whole semester!

The above comic was badly drawn by Deimosa.