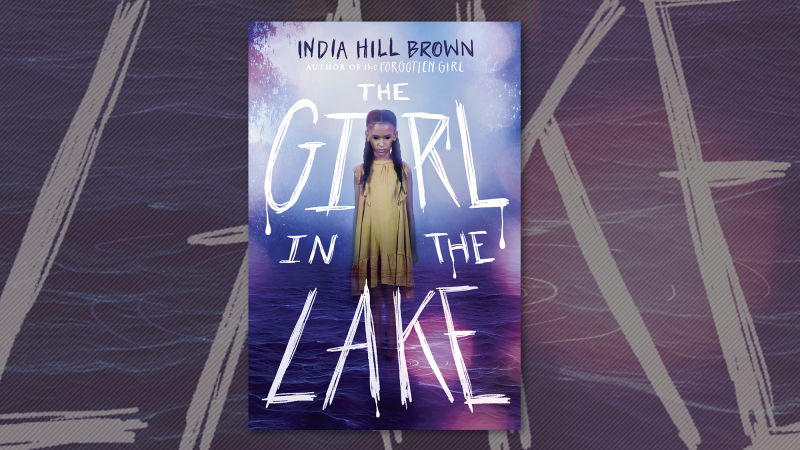 The Girl in the Lake Cover Reveal — Black Swimming: Past, Present, and Future

This is a guest post from India Hill Brown, author of The Girl in the Lake and The Forgotten Girl. We're so excited to present the cover for this book!

The Girl in the Lake was inspired by the Black child’s relationship to swimming: past, present, and future.

Celeste Cooper doesn’t know how to swim—she just failed swim lessons!—but she and her brother Owen are on their way to their grandparents’ lake house for the summer.

Right away, they get a creepy vibe from the house: it’s stuffy and creaky, with no cell reception, and Celeste sees a light flickering on and off, on and off in the closed-up attic.

Then Grandma starts to tell them about her sister who died a long time ago—Great Aunt Ellie. But she won’t tell them how or why she died. When Grandma pulls out the old photo album to show pictures of her beloved sister, everyone at the dinner table gasps—the picture looks exactly like Celeste.

The opening lines of this book were inspired by my own experiences with “trying” to learn how to swim. Celeste’s awful swim instructor, who mispronounces her name and ignores her nerves, is absolutely based off my instructor. Between him and my mother’s warnings about the dangers of swimming pools that she’d seen on a recent Dateline episode, I left feeling more afraid of the water than I was before I got there. My mom doesn’t know how to swim either. Neither does my Grandmother.

This isn’t at all uncommon.

The answer to “Why don’t Black kids know how to swim?” stems directly from the past history of Black people and segregated swimming pools. Pools were not desegregated until the 1950s, and even then, to discourage Black swimmers, nails and acid were thrown in pools. Riots broke out at pools in major cities. Private pools and country clubs once again divided swimming by the races, which resulted in lack of funding for the public pool, and less access to activities such as swimming lessons and teams for Black swimmers.

Living near Lake Norman, North Carolina, I found myself loving the lake culture and wondering what a Black family who visited their lake house during the summer would act like, how their experience with the water would be different than their white counterparts.

I have a one year old baby boy, and I plan to learn to swim soon, right along with him. I want him to love the water early on before he has a chance to develop a fear or disinterest in learning. To have fun with it but also learn to be smart, safe, and careful in it.

I hope you enjoy The Girl in the Lake and that it becomes a story that one can curl up with during a summer storm. I hope you love Celeste and her family, as they learn each other’s personalities and bicker and love the way cousins do. As always, even with each suspenseful and scary beat, I try to have the promise of a happy, joyful ending, too.