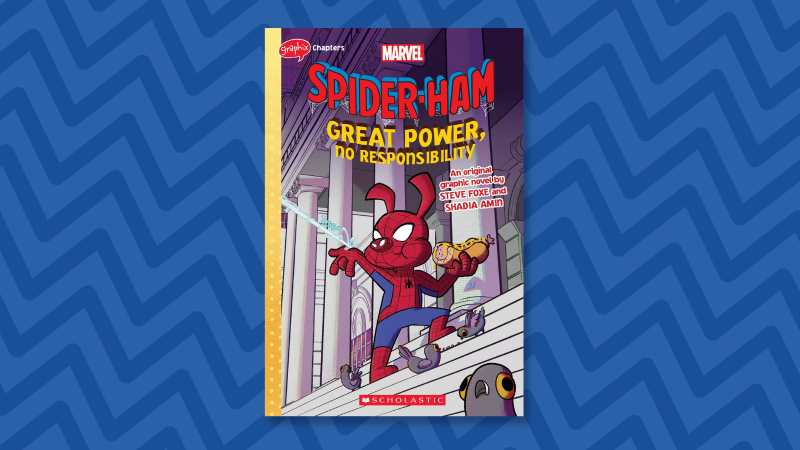 Get a Sneak Peek of Spider-Ham: Great Power, No Responsibility!

Peter Porker, the Spectacular Spider-Ham (and breakout character from Into the Spider-Verse), arrives in this all-new, original graphic novel for younger readers!

Experience a laugh-out-loud day in the life of Spider-Ham! After long being derided by the citizens of New York, Spider-Ham has finally been recognized for his outsized contribution to the city's safety, and receives the key to the city from none other than the mayor (and, being a cartoon universe, the key actually unlocks New York City's political and financial institutions). Sure, it's just a publicity stunt for the beleaguered mayor-and yeah, maybe every single other super hero was busy that day -- but an award is an award!

Of course, Spider-Ham isn't paying attention to the fine print telling him he didn't actually get to keep the key, and he swings off without returning the highly coveted oversized object. The next day, when the mayor's office finally gets in touch to ask for the key back, Spider-Ham realizes he must have dropped it sometime in the last 24 hours. YIKES.

Now, our notoriously empty-headed hero must retrace his steps from the past day, following his own trail to discover where he dropped the key before it falls into villainous hands. Did he lose it during a rooftop chase with the Black Catfish? Drop it in the middle of a tussle with the Green Gobbler? Leave it behind while visiting Croctor Strange's magic mansion? Accidentally store it next to May Porker's vacuum cleaner? Who knows? You'll have to read to find out! But one thing's for sure -- Great Power, No Responsibility is an action-packed, hilarious adventure perfect for younger readers. 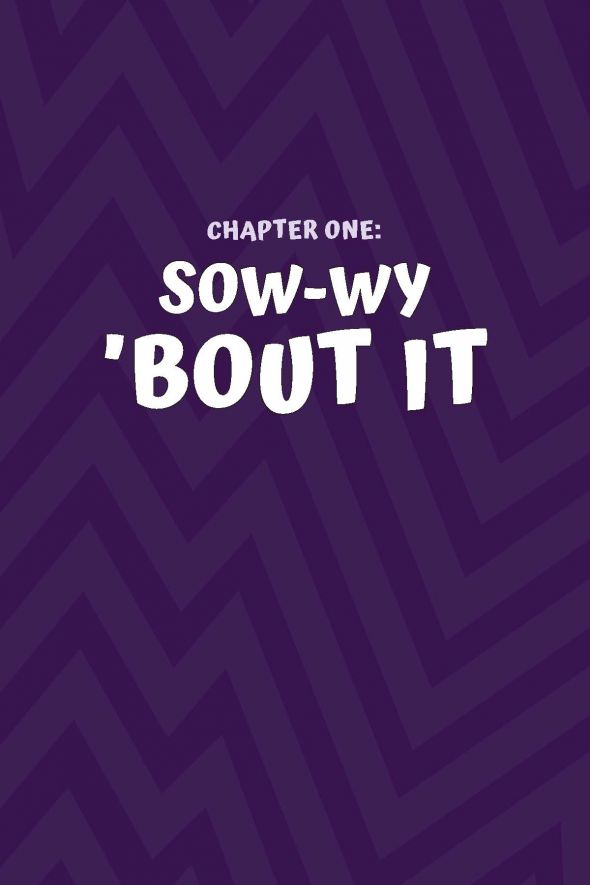 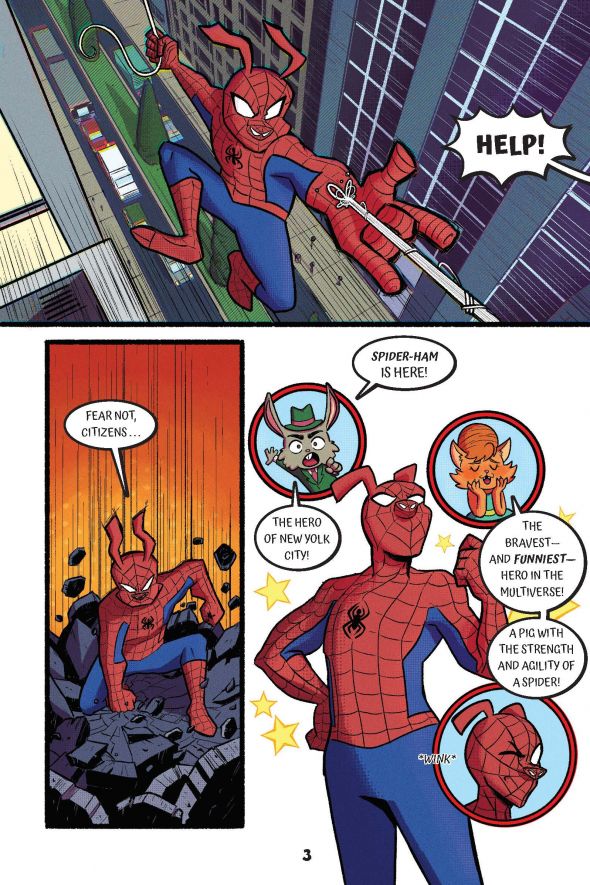 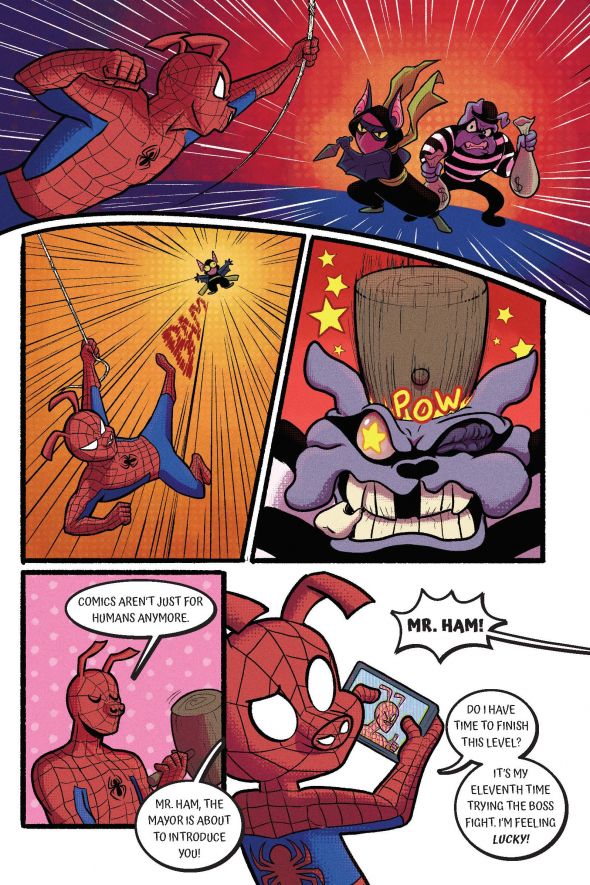 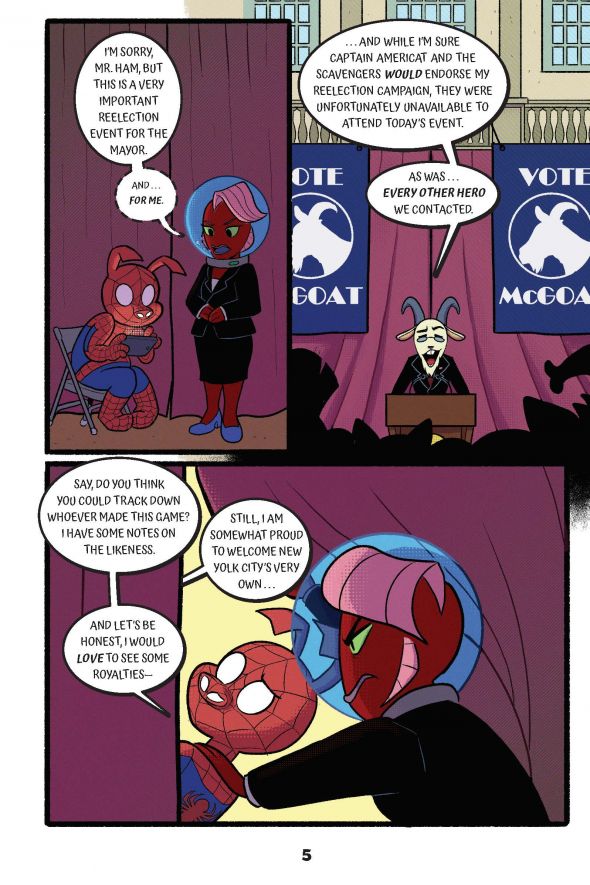 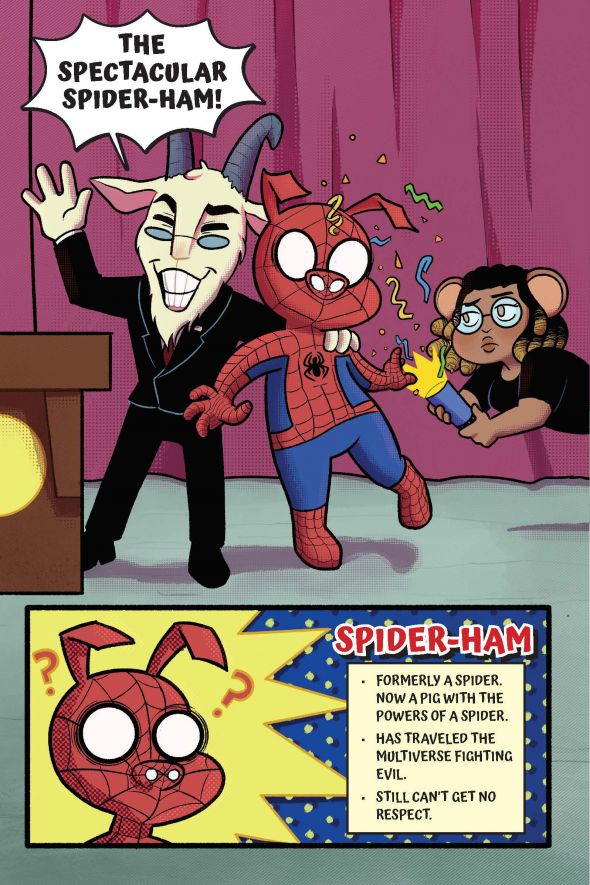 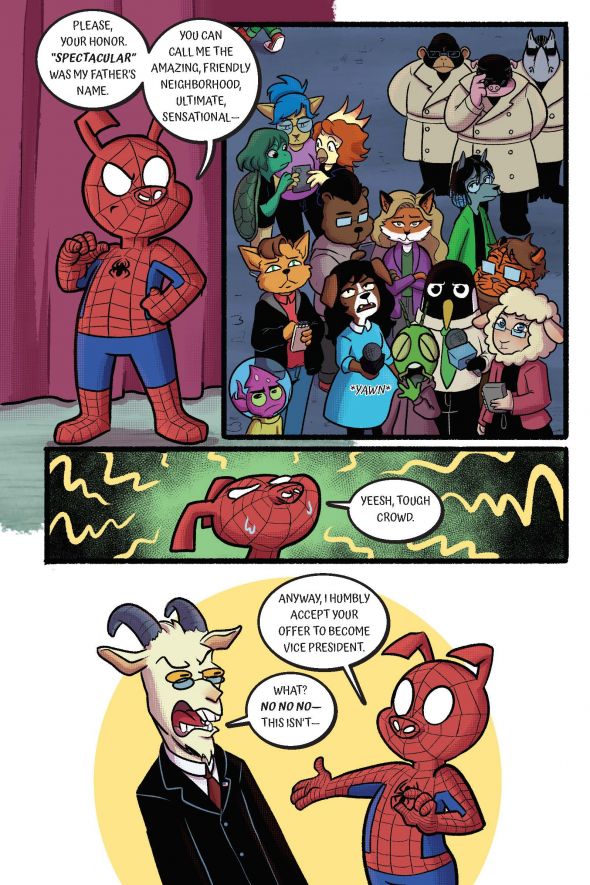 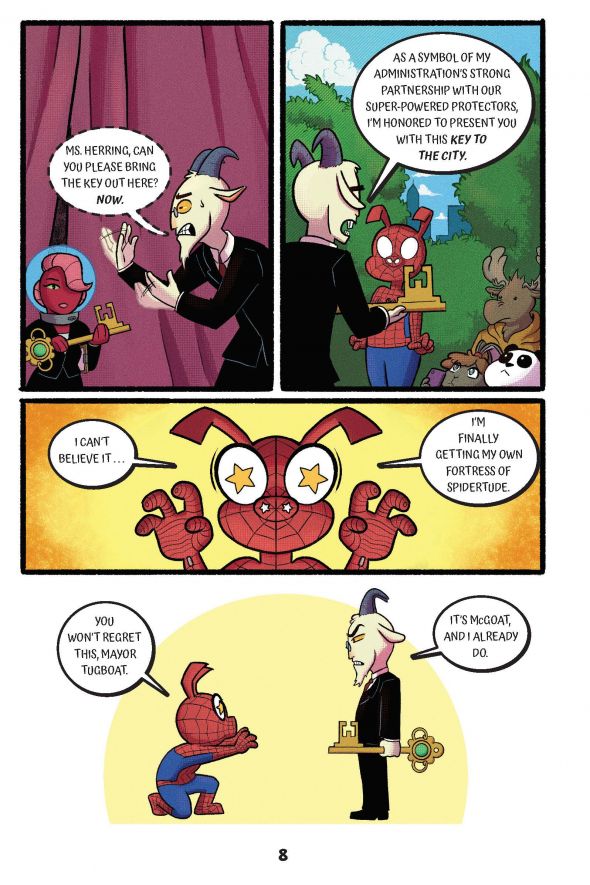 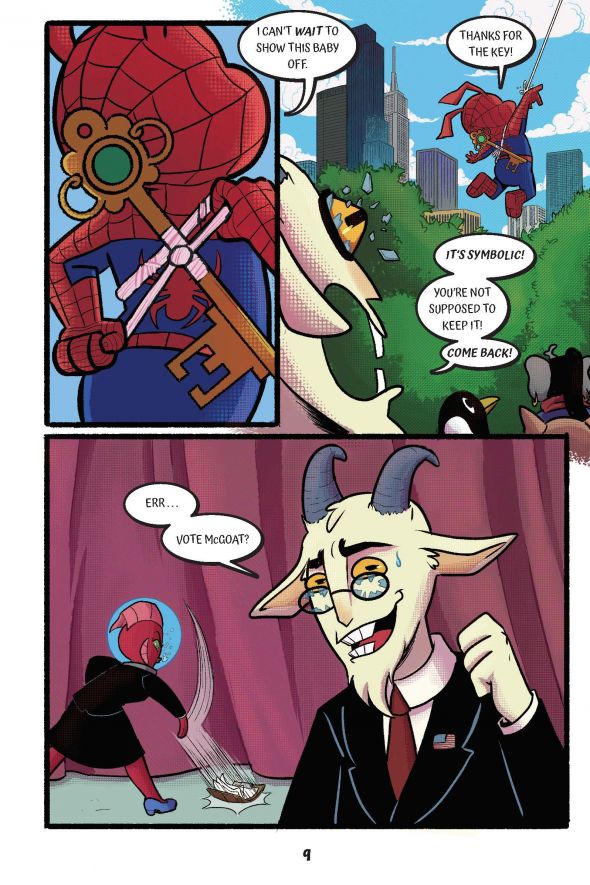 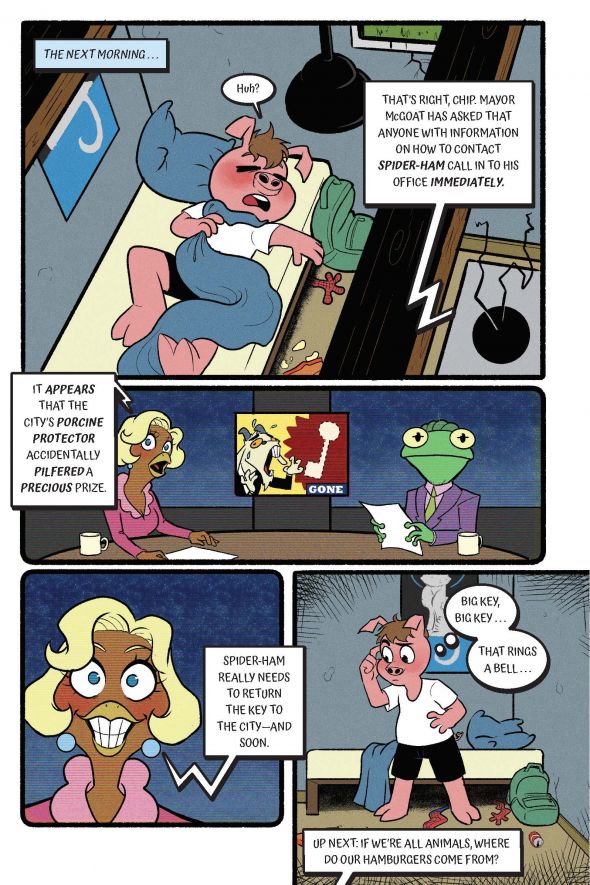 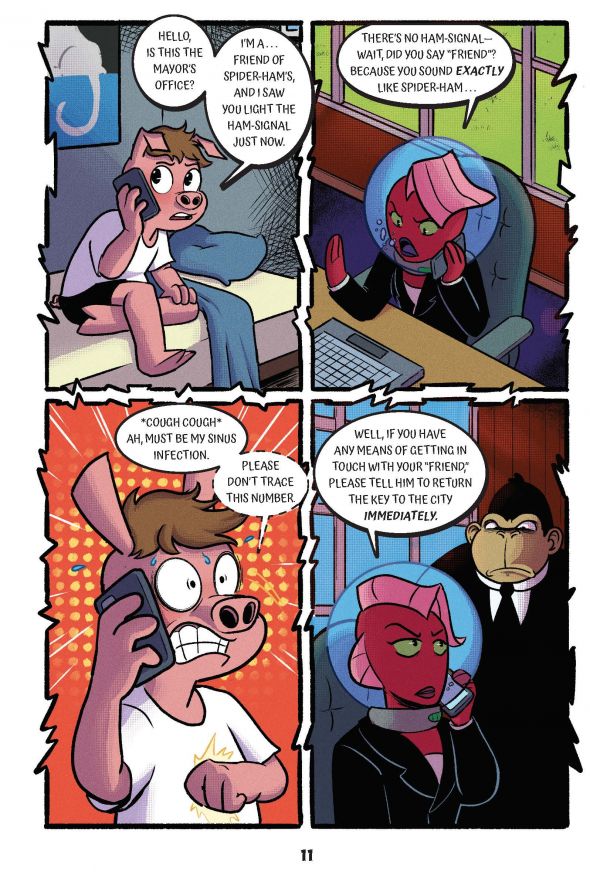 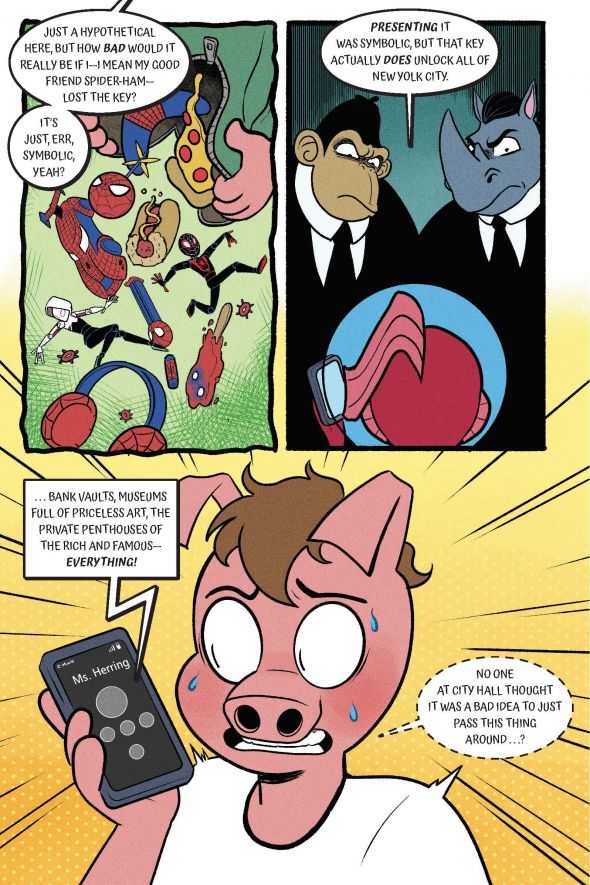 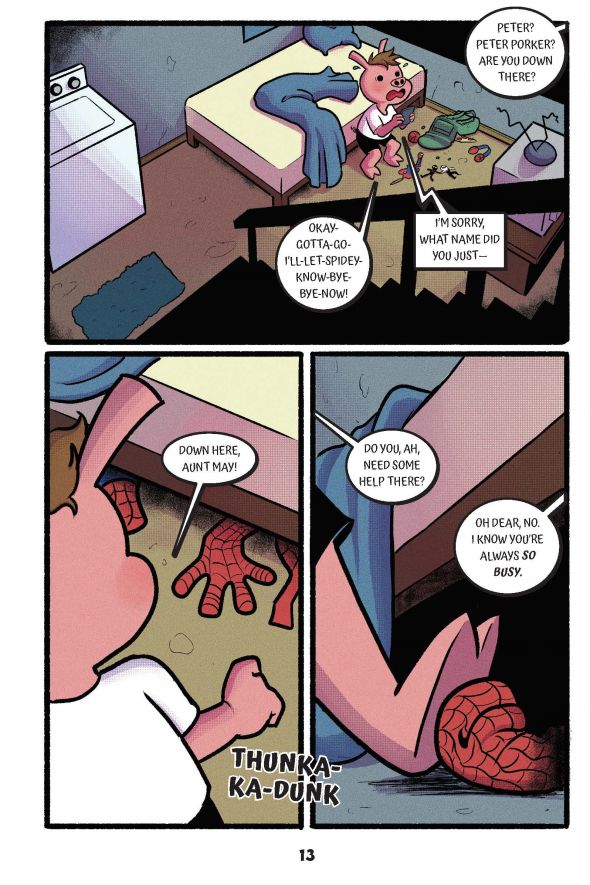 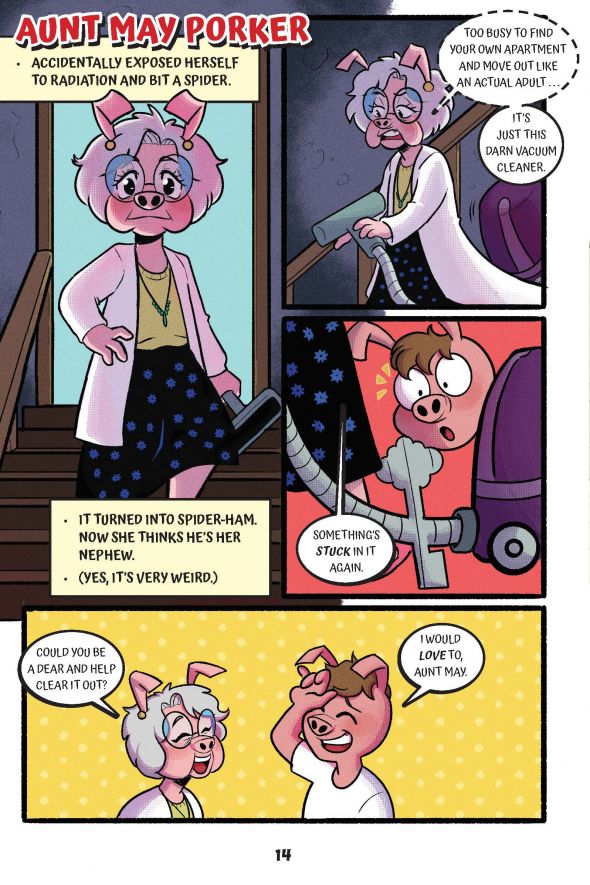 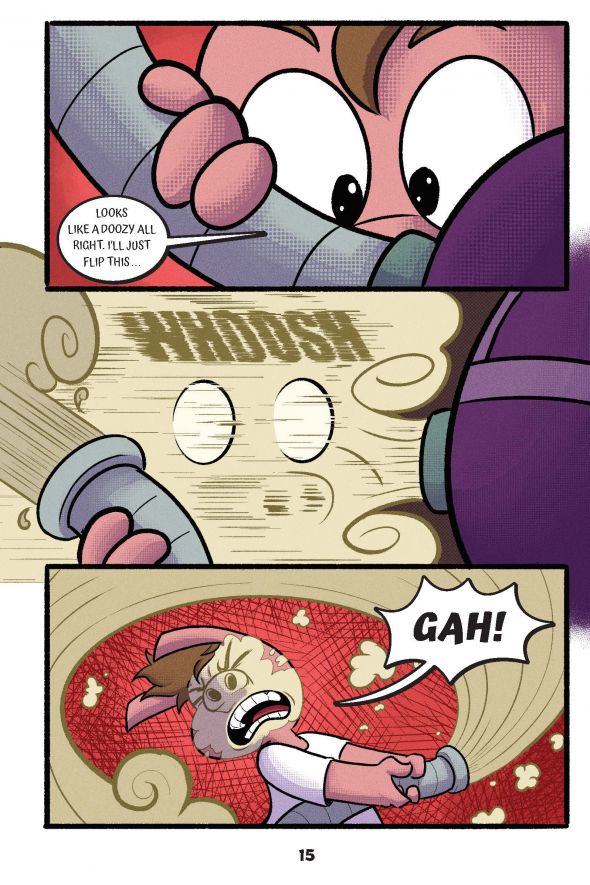 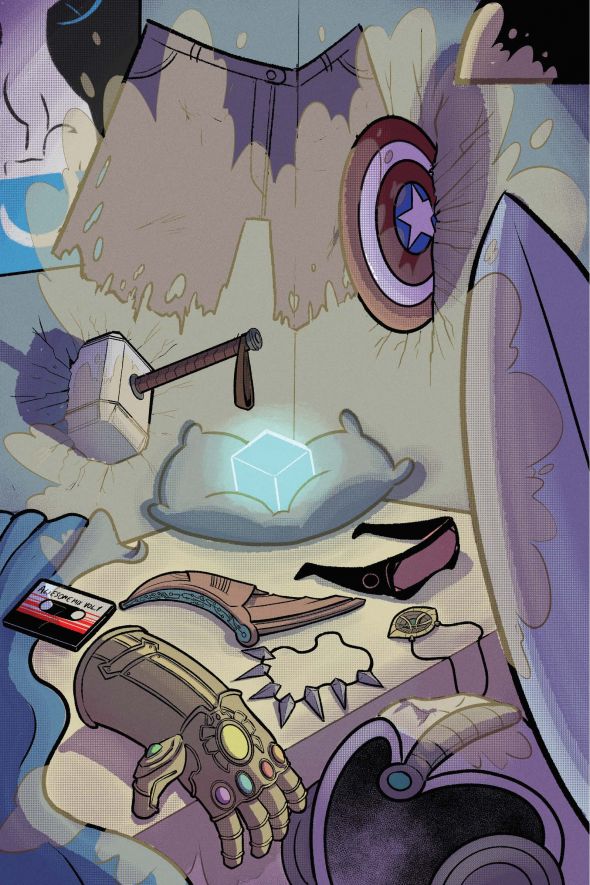 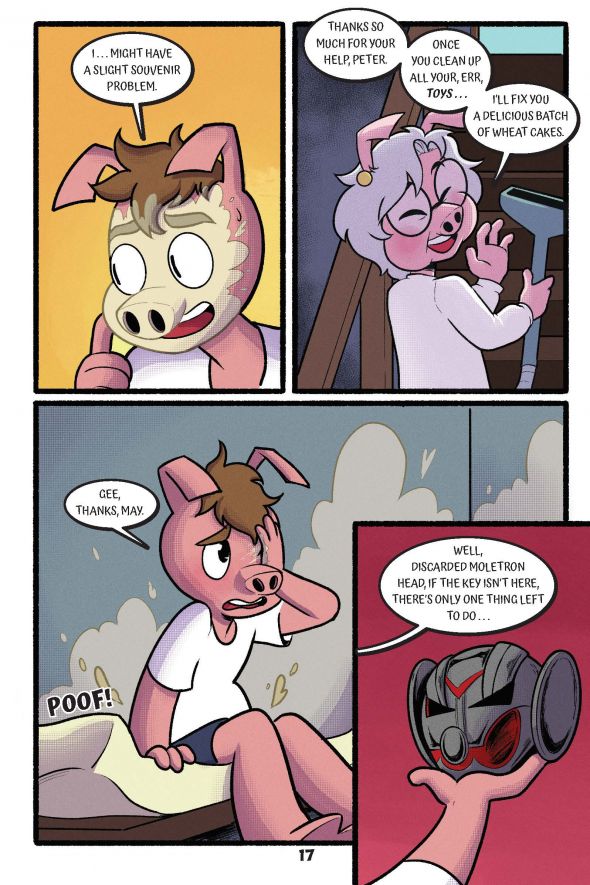 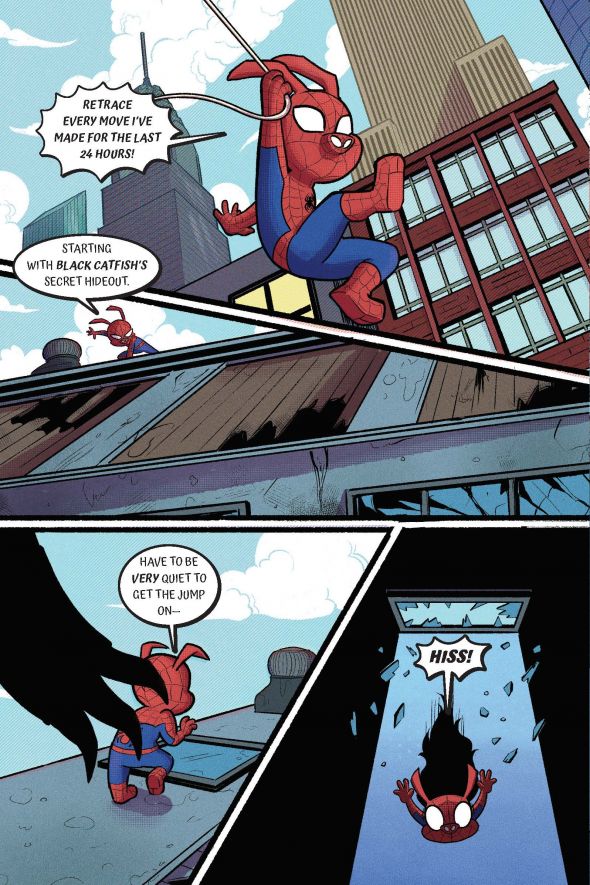