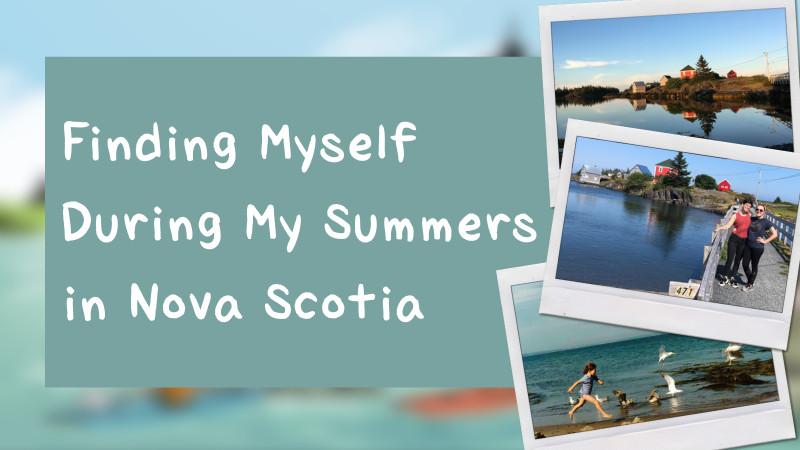 Finding Myself During My Summers in Nova Scotia

There’s been an amazing wave of graphic novels for young readers and teens that are based on the author’s own life. Raina Telgemeier, Jarett Krosoczka, Jerry Craft – the list goes on! When my editor asked me if I had anything autobiographical to pitch, I tried my best to turn my life experiences into story, but my brain just doesn’t work that way. However, I remembered the Nova Scotian island where I spent all my summers as a child, and realized it would be a perfect setting for a graphic novel. 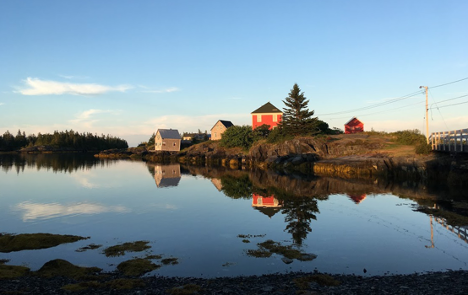 The Girl From The Sea takes place on Wilneff Island, a real place tucked into the rocky coast of southeastern Nova Scotia. It’s a small island with three houses, connected to the mainland by a footbridge. It was a wonderland when I was a kid – there’s a tide pool full of sea creatures, a bay deep enough to dive into, cliffs to sit and read on, a million stars at night and the clearest, most golden sunlight in the day. The sea stretches endlessly in one direction, and in the other directions cluster islands covered with dark pine trees and bright orange seaweed. My parents were both teachers, and we would spend every summer break there.

I loved learning the tides as a kid, how they became an unconscious rhythm for me - if it was high I could swim, if it was low and I could visit the tide pool and catch crabs. At night the fog would roll in. The sound of a foghorn would echo through my sleep and a lighthouse would shine reassuringly, all the way down the point. If it was foggy during the day we could hear the barking of seals in their rookery a mile out to sea. I knew every inch of the island and went barefoot, until by the end of summer I could run as easily on gravel as on grass. 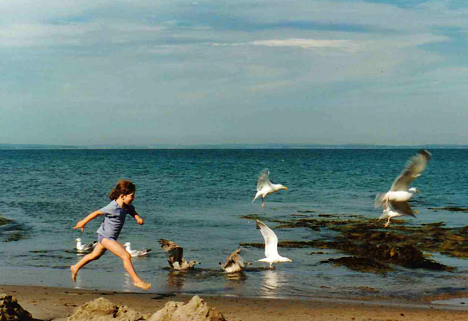 But when I was a teenager, it felt more like a prison. No internet, no TV (this was pre-smartphone times), not even any plumbing. And I was lonely, bad at making new friends and always fighting with my sister and tired of reading the same books over and over. So I would walk, and imagine companions to walk with me. Characters from my books, my friends from back home, or inventions all my own – pretty, mysterious girls who would be my friend and show me secrets.

I have always needed loneliness to see myself clearly. There were parts of myself that I pressed down during the school year, flattening them paper-thin under the weight of classes and friendship drama and extracurriculars. But when I was alone, those parts could breath and expand. I didn’t need to look at them clearly; it was enough that they were a part of me, that they walked beside me. I was myself in Nova Scotia.

It was remembering these feelings that brought me to the core of Morgan’s story. In a way, all of my books are wish fulfillment for a younger version of myself. What we want and love and hate as children is a very pure expression of the self, a truth that we distance ourselves from as we get older and shape ourselves around others. So this is a story speaking to my younger self. What if there was a girl, pretty and mysterious, who had secrets she wanted to show me? What if I had known that being gay was real, something I could actually be? What if I had turned to look at those parts of myself that I only let breathe on Wilneff Island, what if I hadn’t been afraid to give them a name?

Things were always clearer in Nova Scotia. It’s the least polluted air I’ve ever breathed, and the quality of the sun is just different. It’s that clean, clear light that I shone into my childhood, into my teenage heart and the wishes I made there and kept secret even from my waking self. Having this book exist in the light of day feels like waking up early on Wilneff Island - knowing the morning light would have the ocean shining like molten silver, knowing the full moon the night before had brought a high tide, knowing I could run down to the diving rock with its water-smoothed stone and smell the salt on the air and hear the barking of seals out at sea. Knowing I could feel like exactly myself. 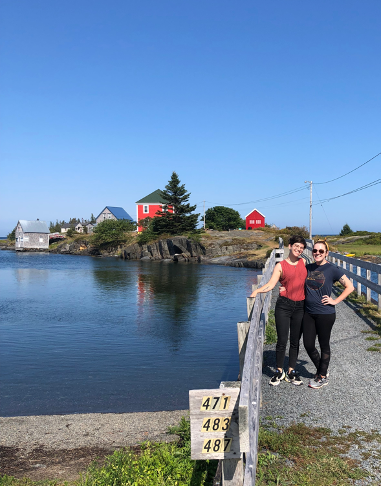 The author visiting Wilneff Island in 2019 with her wife.

Pre-order The Girl From the Sea: