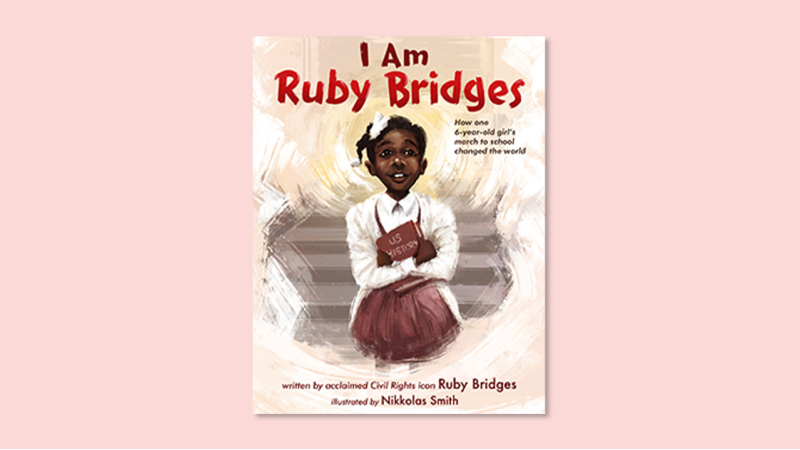 When Ruby Bridges was six-years-old in 1960, she became the first Black student to attend the all-white William Frantz Elementary School in New Orleans, Louisiana. Through the perspective of her five and six-year-old self, Ruby takes us along on her story of bravery, which changed the face of history in her new autobiographical picture book I Am Ruby Bridges.

“Ruby is someone who’s published with Scholastic for over 20 years,” says Liza, who cited other titles such as Through My Eyes and Ruby Bridges Goes to School. “In the last few years Ruby felt the time was right to tell her story with a new perspective. When Ruby and her agent came to us with the opportunity to publish new works, we were thrilled for the opportunity!”

Ruby has always been deeply committed to sharing her story, especially with kids, by visiting schools across the country in person and virtually. “She believes her story is so important to share with kids because she was just a child herself when this happened,” explains Liza. “She has so much respect for children. With this story, she wants to show children today that she sees them, that their voices matter, and that they can make the world a better place. She wanted to tell this version of her story with honesty, from a child’s eyes, not as a Civil Rights icon, but as a child herself… to say, I’m just like you, and you too can make change.”

Ruby’s choice to narrate the story through the lens of her six-year-old self led her to make observations about her new, all-white school in comparison to her old school that only a child could make. “It’s the age of her experience, and the age that other children will relate to and understand. Her experience set the path for the trajectory of a child’s life,” says Liza about Ruby’s choice to write a picture book about her experiences. “I think she recognizes how critical that early impression is, and what a tremendous impact she had on the world.”

Ruby included a glossary in the back of the book so kids, educators, librarians, and parents have a resource to go to when words are mentioned regarding the Civil Rights movement. Also in the book, many of the words are printed in red – a play on her name being Ruby. ”People ask Ruby often if ‘Ruby Bridges’ is her real name,” says Liza. “That’s her name. The symbolism of it and what she went on to do, and how they embody her life and mission is mind-boggling.” Ruby begins the story by defining her name for her young audience. Ruby is a precious stone, and bridges connect people. The story discusses the evolution of her experience, how she comes to understand the greater implication of her actions and her parents’ actions by sending her to the all-white school.

But most of all, Ruby’s regard for children is what makes her narrative so valuable in her new title. “One of the things she’s impressed on me the most is her utter respect and devotion to kids,” said Liza. “Ruby mentioned a story about a little boy at a school she visited, who stood up and asked, ‘Ms. Ruby, what does it feel like to be heard?’ She wants children to know what it’s like to be seen and heard, and as much as things have changed, more change is needed. So, we need stories like Ruby’s more than ever.”

I Am Ruby Bridges goes on sale September 6, 2022. For more information about the title, click here to read the press release. 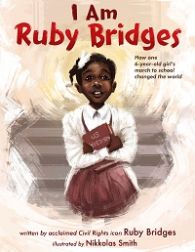