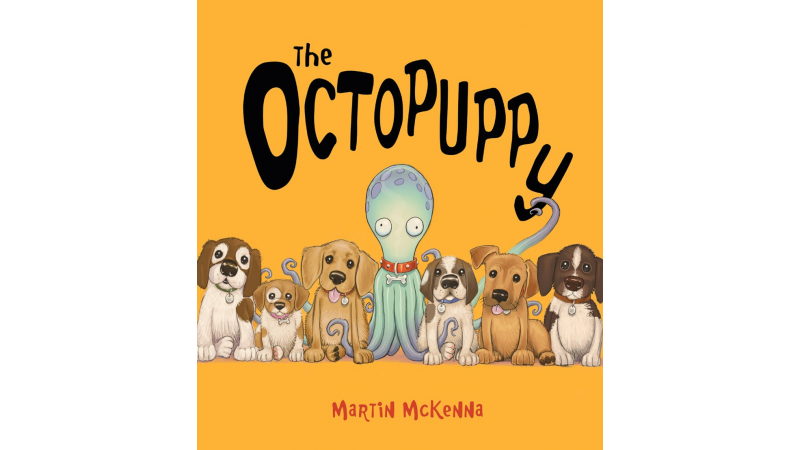 Debut authors to watch for in 2015

We’ve shared some of our favorite books with starred reviews from 2014, and we can’t wait for all the wonderful new titles we have coming out in 2015! Mark your calendar with these publication dates – these debut authors are ones to watch!

Jarvis is brilliant and does his best to act like the dog Edgar wants, but nothing he does is good enough to please Edgar. Ultimately, Edgar recognizes that while Jarvis might not be the dog he wanted, he is special in his own endearing way.

Every day when Little Rhino comes home from school, he finishes his homework, grabs his bat and glove, and runs outside to meet Grandpa James. They always practice catching and hitting in the backyard. Playing baseball with his grandfather is Little Rhino's favorite thing to do, especially when he pretends to be a real Major League homerun hitter.

One afternoon, after a long day of second grade, Little Rhino comes home to find out that Grandpa James has signed him up for a baseball league! Little Rhino will finally be a part of a team! But Little Rhino will quickly learn that it is not always so easy to be a good teammate, especially when there's a bully wearing the same uniform as you.

WNBC reporter Ida Siegal makes her debut as a chapter book author with a hilarious look at one girl's journey into journalism, mystery-solving, and fame--or at least two out of those three!

This is Emma Perez, and I'm ON THE AIR!
Today at lunch, Javier found a brown and slimy worm swimming in the ketchup on his burger. It was extra gross! But how did Javier end up with a wormburger, anyway? Did someone put it there? Will someone get in trouble?

Sylvie Scruggs doesn't like Georgie Diaz. He always calls her Scruggs. He always beats her in baseball. He didn't invite her to his party. Plus, he's a boy.

Now Georgie is trying to steal Sylvie's best friend, Miranda Tan. He's giving Miranda a super-special birthday present, so Sylvie will too--only her present will be ten times better. With the help of her twin brothers, a ferret, a castle, and some glitter glue, Sylvie sets out to make Miranda remember who her REAL best friend is, and forget about Georgie forever.

In all the ways that matter, Mark is a normal kid. He's got a dog named Beau and a best friend, Jessie. He likes to take photos and write haiku poems in his notebook. He dreams of climbing a mountain one day.

So Mark runs away. He leaves home with his camera, his notebook, his dog, and a plan to reach the top of Mount Rainier--even if it's the last thing he ever does.

When Maria inherits a strange, spider-shaped ring from her grandmother, she doesn't realize she's also inheriting a strange power -- the power to control spiders and have them do whatever she wants. This is a pretty cool thing when it comes to fetching objects from another room...or if Maria wants to use the spiders to get back at some mean kids in her class.

But it's NOT a cool thing when Maria attracts the attention of the Black Widow--who is trying to get all the spider magic for herself. The Black Widow is not going to let anything stand in her way--especially not Maria.

Penelope dreams of being a writer, but how can she pursue her passion when her mother schedules every minute of her life? And how will she ever prove that writing is worthwhile if her mother keeps telling her to "get busy!" and "be more productive"?

Then one day, Penelope discovers a hole in her schedule--an entire day completely unplanned!--and she mysteriously falls into it. What follows is a mesmerizing journey through the Realm of Possibility where Penelope sets out to find and free the Great Moodler, the one person who may have the answers she seeks. Along the way, she must face an army of Clockworkers, battle the evil Chronos, take a daring Flight of Fancy, and save herself from the grip of time.

This is me. I is Pig! If you is reading this, you can read Pig, and you is very clever. Unless you is an Evil Chicken, in which case, don't read this!

Pig is troubled. Usually, life on the Farm is pretty good. He has yummy slops, a true friend in Duck, mud to roll in, and Farmer to scratch his back and call him Roast Pig (his special nickname). But the Evil Chickens are up to something evil, involving a tractor-rocket. And Duck has something else to show his porcine friend: a shed where Farmer prepares to eat Pig for dinner!

In all of Tyme, from the Redlands to the Grey, no one is as lucky as Rapunzel. She lives in a magic tower that obeys her every wish; she reads wonderful books starring herself as the heroine; her hair is the longest, most glorious thing in the world. And she knows this because Witch tells her so--her beloved Witch, who protects her from evil princes, the dangerous ground under the tower, even unhappy thoughts. Rapunzel can't imagine any other life.

Then a thief named Jack climbs into her room to steal one of her enchanted roses. Driven by anger at Jack and her own nameless fears, Rapunzel descends to the ground for the first time, and finds a world filled with more peril than Witch promised...and more beauty, wonder, and adventure than she could have dreamed.

All his life, Nels has wanted to be a knight of the kingdom of Avdrand. Tall and strong, and with a knack for helping those in need, the people of his sleepy little village have even taken to calling him the Knight of Cobblestown.

But that was before Nels died, murdered outside his home by a mysterious figure.

Now the young hero has awoken as a ghost, invisible to all around him save one person--his only hope for understanding what happened to him--the kingdom's heir, Princess Tyra. At first the spoiled royal wants nothing to do with Nels, but as the mystery of his death unravels, the two find themselves linked by a secret, and an enemy who could be hiding behind any face.

Tretch Farm lives in a very small town where everybody's in everybody else's business. Which makes it hard for him to be in love with his best friend, Matt Gooby. Matt has two gay dads, but isn't all that gay himself...which doesn't stop Tretch from loving him anyway. Things get even more complicated when a girl falls for Tretch, and Tretch doesn't know how to put her off without revealing everything to everyone. Meanwhile, his family is facing some challenges of its own, and it's going to take Tretch coming out and coming to peace with his situation for his life to move forward.

Sixteen-year-old Lacy believes that magic and science can work side by side. She's a botanist who knows how to harness the healing power of plants. So when her father dies, Lacy tries to stay with her stepmother in Chico, where her magic is good and healing. She fears the darkness that her real mother, Cheyenne, brings out, stripping away everything that is light and kind.

For Sophie, it starts as just another slow, hot summer in Cedar Hill. Then a new f

amily moves into the long-abandoned mansion across the street: the Falcone family, with its five mysterious brothers. Unable to resist bad boy Nicoli, Sophie finds herself falling for him--and into his world. But just as the dark secrets of the Falcones begin to come to light, the skeletons of her own family, the Gracewells, rise to the surface, too. And soon Sophie is torn between the desires of two warring dynasties: the one she was born into and the one she's now in love with. But she'll have to choose between passion and honor. And when she does, blood will spill and hearts will break. Because in this twisted underworld, loyalty can mean the difference between life and death.

Sixteen-year-old Twylla lives in the castle. But although she's engaged to the prince, no one speaks to her. No one even looks at her. Because Twylla isn't a member of the court. She's the executioner. 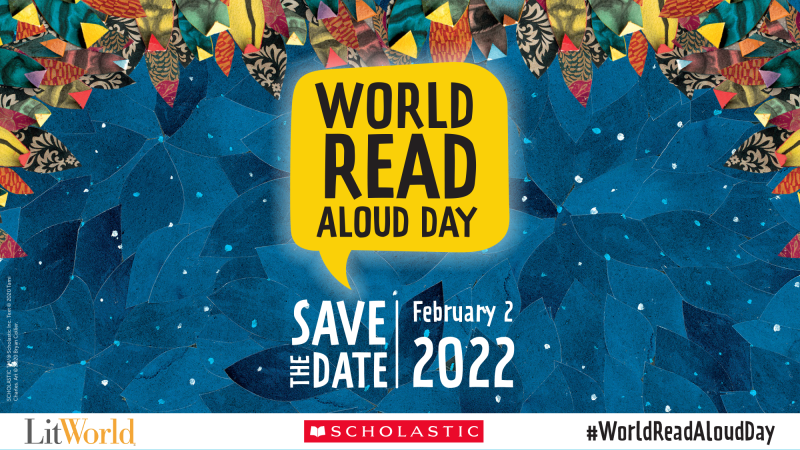 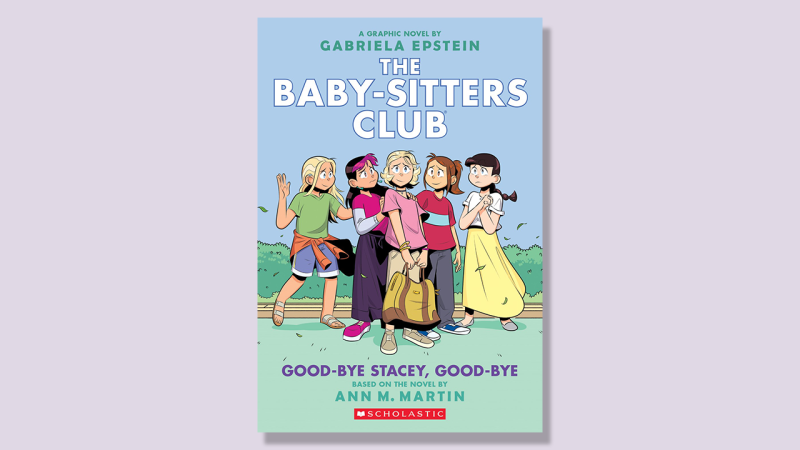