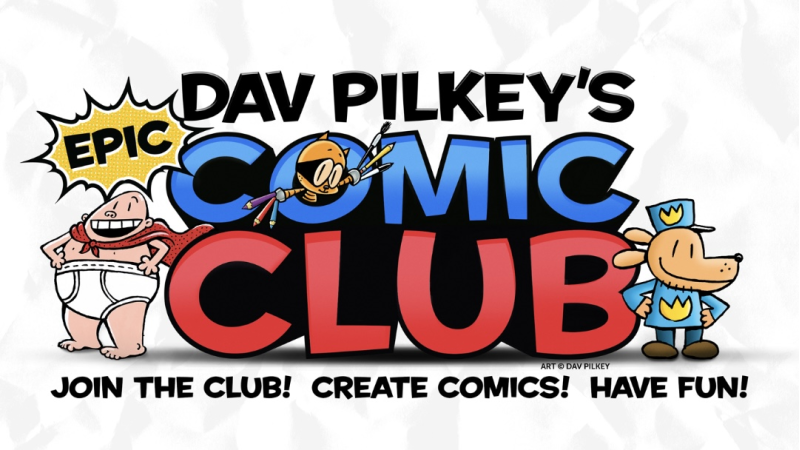 We have some SUPA EPIC NEWS: Dog Man is back! Mark your calendar for March 28, 2023 when DOG MAN: TWENTY THOUSAND FLEAS UNDER THE SEA releases worldwide! We are so excited to see our favorite heroic hound back in action with our beloved cast of characters! 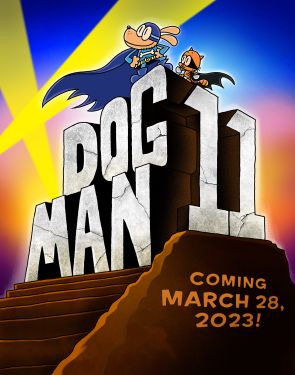 In the meantime, kids around the world can keep up the excitement by creating their very own comics — at home or in school — through the newly-launched Dav Pilkey’s Epic Comic Club! 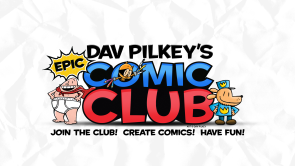 Kids can become members of Dav Pilkey’s Epic Comic Club, with a membership card they can download and print out! They can upload their stories in a safe and moderated platform, and have a chance to be featured on the “Epic Comic Club Wall” to showcase their comic creations! Comics can also be submitted through Scholastic’s HomeBase where kids can access even more fun with games inspired by Dav Pilkey’s beloved characters. All for FREE!

Becoming a member of the club means gaining access to loads of fun including free monthly downloadable activities! With comic starters, customizable official membership cards, collectible character badges, special sneak peeks, exclusive book news–there’s something for everyone! For parents, caregivers, educators–the Epic Comic Club site gives you free access to resources including tips on how to start your own comic clubs at home, in bookstores, classrooms, or libraries.

Check the website every Friday to see if your child’s comic is being featured as one of our Supa Epic Comics of the Week! You can also see the full Epic Comic Club Wall on HomeBase!

Comic submissions have been pouring in from kids around the globe! 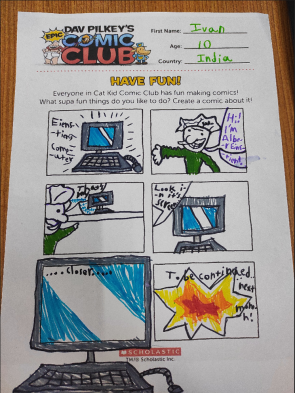 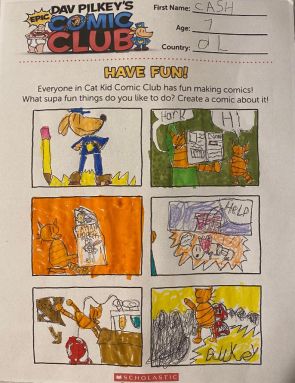 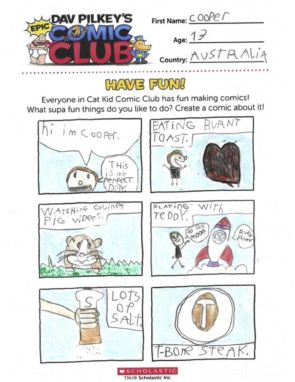 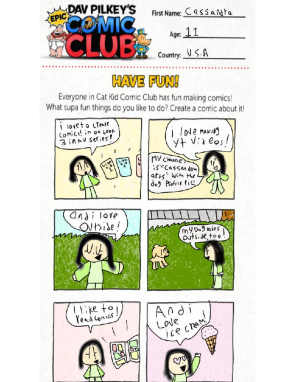