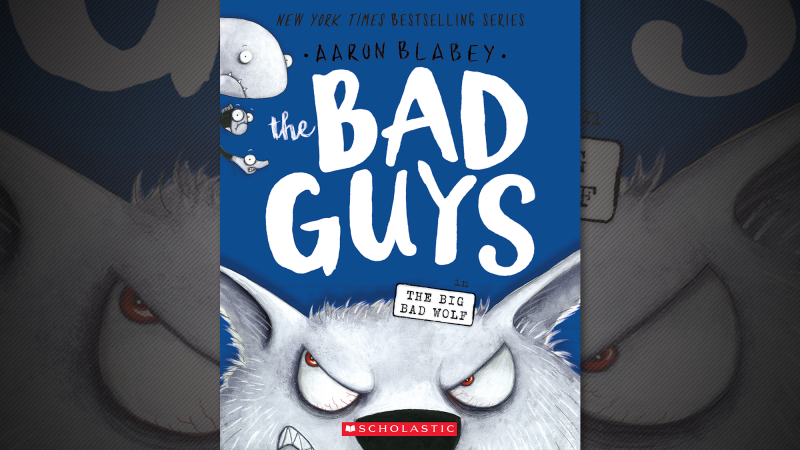 We are so pleased to share the cover for the ninth exciting installment of The Bad Guys series, The Bad Guys in The Big Bad Wolf, on sale in June 2019. You may remember that at the end of the last book, evil alien Marmalade zapped everyone’s favorite hero Mr. Wolf with a ray gun that made him instantly grow to be as big as Godzilla! In the team’s next hysterical adventure, a supersized Wolf struggles to get used to his new gigantic size and goes on a rampage through the city. And like every book in this amazing series, the story is filled with action, disguises, and tons and tons of laughs.

The cover is absolutely hilarious because for the first time the Bad Guys don’t seem to be playing for the same team. Snarky Mr. Snake is the resident Bad Guys with an independent streak, but this time we get to see the usually sunny and optimistic Mr. Wolf as an angry lone, well, wolf. And the rest of the guys don’t seem to like it one bit. In fact, Mr. Shark, Mr. Piranha, and Mr. Snake look a little scared of their friend!

So look out! In Book #9, Mr. Wolf is BADDER—and BIGGER—than ever. And he’s coming to DESTROY your town!