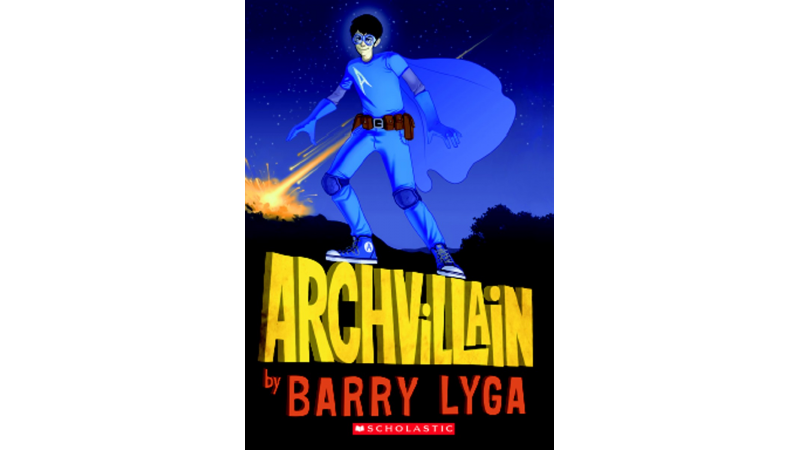 Barry Lyga is here to talk about National Comic Book Day! He's an award-winning author of the bestselling I Hunt Killers series, as well as the super-heroic Archvillain series, published by Scholastic. Fun fact: His comic book collection is poised precariously on rickety shelves and might collapse at any minute. He should probably take care of that.

I’m in ninth grade English, early in the year. We have a few minutes before the bell signals the beginning of class, so I’m flipping through a comic book.

The girl in front of me turns, sees what I’m doing, and — with sneering contempt — says, “We’re in high school now. You can stop reading comic books.”

I’ll say to you now what I wish I’d said then: “Are you kidding me?”

While her sheer venom took me aback, I wasn’t terribly surprised by her clueless comment at the time. Comics have always been misunderstood, going back to their inception in the 1930s. In fact, comics as a whole — an entire art form! — were dragged in front of Congress in the 1950s and deemed unfit for children, based on spurious testimony and misguided public panic.

Think about that. An entire art form, tried and judged in a public kangaroo court. The end result was the comic book industry deciding to censor itself, before the government could step in. Comics entered a decades-long period of self-imposed restrictions that limited the art form to its safest, blandest, most palatable content.

By the time I was in ninth grade English, though, the protracted hangover of the 1950s was ending. The industry was flexing its (very sore) muscles and beginning to produce the material that would launch a new Golden Age: The Dark Knight Returns. Watchmen. Maus. Love & Rockets.

That comic I was reading on that day? An issue of Swamp Thing by the legendary Alan Moore. I guarantee you it was ten times more challenging and engrossing than anything Sneer Girl was reading.

I don’t know if someone intentionally placed National Comic Book Day within Banned Books Week, but if not, it’s a wondrous chunk of synchronicity and serendipity. The misdirected rage of the 1950s and the clueless disapproval of that freshman year snoot haven’t gone away. Comics are still assailed regularly (check out this link to over 20 banned and challenged comics), still misunderstood.

You can’t swing a dead cat without hitting a billion-dollar superhero movie franchise, but people still attack comics like Lex Luthor taking aim at Superman with a kryptonite bullet.

Sometimes, in the face of censorship, the most powerful response is simply reading. So, again, happy National Comic Book Day! If the banners and the censors had their way, you never would have had this day, so take advantage of it. Enjoy it. Go read some comics.

Maybe even some banned ones. :)