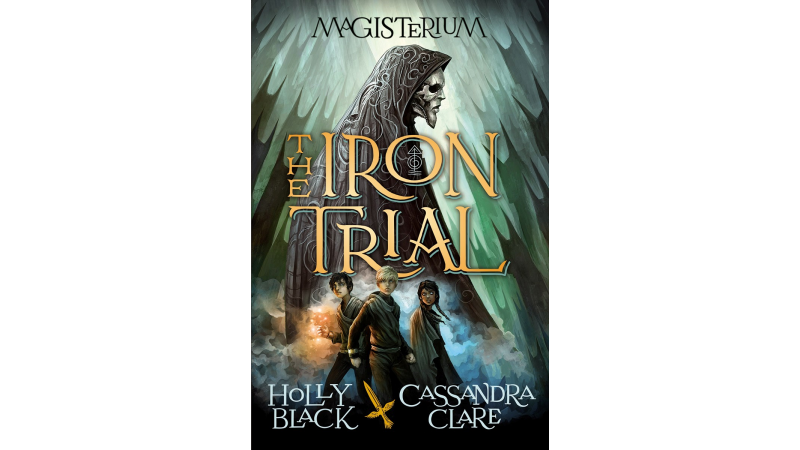 Celebrating the launch of The Iron Trial

Today we are so excited about the launch of The Iron Trial, the first book in the new middle-grade Magisterium series by bestselling and award-winning authors Holly Black and Cassandra Clare. These two superstar authors first met over ten years ago at Holly’s very first book signing and have since become good friends, bonding over (among other things) their shared love of fantasy. In a starred review, Publishers Weekly raved about The Iron Trial saying, “The strange, subterranean Magisterium is vividly rendered, and a string of ominous revelations will leave readers eager for future installments. Fans of both authors will enjoy getting to know this well-rounded cast in the first steps of their adventure.” And there is even a movie deal in place! You can read an excerpt at USA Today and watch a video of Holly and Cassie talking about the book here.

Holly and Cassie will be celebrating the launch tonight at Books of Wonder in New York City and have plans for a tour taking them to multiple cities in the US and abroad. Here are the confirmed events in the US thus far – check to see if they’ll be coming to a city near you! And if you can't see Holly and Cassie in person, join them for a Twitter chat with @iBooks on 9/15 at 7 PM EST/4 PM PST.