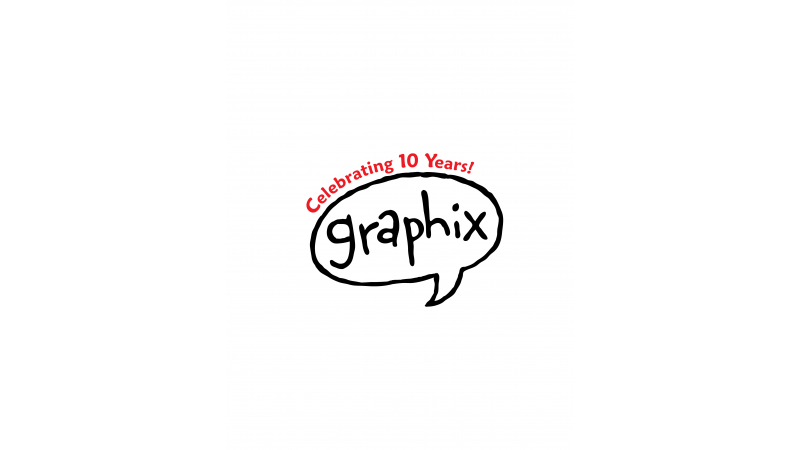 In 2005, Scholastic launched a new graphic novel imprint, Graphix, with the publication of the first book in Jeff Smith's bestselling series, Bone. 10 years later, BONE #1: Out from Boneville has more than 6.9 million copies in print, and Graphix titles have gone on to become bestsellers around the globe. They continu

We're thrilled to announce that to mark the 10 year anniversary of Graphix, we've come full circle: on February 24, 2015, Scholastic will publish BONE #1: Out from Boneville, Tribute Edition. This full-color special edition will feature a new illustrated poem from Jeff Smith plus original tribute art from sixteen top artists. And finally, we're excited to announce that twelve Graphix artists have each created original art in honor of the 10th anniversary of Graphix: James Burks, Nathan Fox, Jimmy Gownley, Matthew Holm, Kazu Kibuishi, Mike Maihack, Dave Roman, Greg Ruth, Jeff Smith, Raina Telgemeier, Doug TenNapel, and Craig Thompson. Prints of the original art will be distributed at events and online (#Graphix10) throughout 2015. If you're at any of the following conferences this year, visit the Scholastic booth for more information.