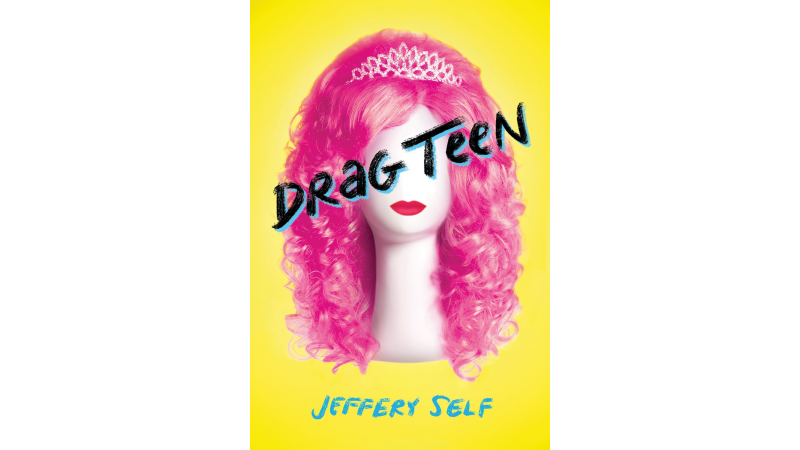 Today on OOM we’re celebrating LGBT Pride Month with a roundup of some new books from Scholastic featuring lesbian, gay, bisexual and transgender characters. Check out the great reads below!

George (Ages 8–12) by Alex Gino: When people look at George, they think they see a boy. But she knows she’s not a boy. She knows she’s a girl. George thinks she’ll have to keep this a secret forever. Then her teacher announces that their class play is going to be Charlotte's Web. George really, really, REALLY wants to play Charlotte. But the teacher says she can't even try out for the part...because she's a boy. With the help of her best friend, Kelly, George comes up with a plan. Not just so she can be Charlotte--but so everyone can know who she is, once and for all.

Without Annette (Ages 12 and up) by Jane B. Mason: Josie and Annette have been dating for a while, secure in themselves and openly out with their relationship, despite Annette’s mom’s feelings about it. In fact, Josie and Annette are so sure they want to be together forever, they both applied to Brookwood Academy, a prestigious boarding school in Connecticut that Josie has dreamed of attending. But underneath the school's picture-perfect image lies a stratified and stifling social order that neither expected. Almost immediately, while Josie is trying to fit in, Annette gets drawn into a popular clique — painfully, she decides to keep her love for Josie a secret from her new friends. As Annette pushes her further away, Josie grows closer to a boy whose feelings for her tangle her own emotions and make her wonder who she really is if she can’t be Annette’s girlfriend.

Drag Teen (Ages 14 and up) by Jeffery Self: JT feels like his life’s already hit a dead end at 17. Despite his dreams, it looks like he’ll always be stuck in Florida. His parents aren’t supportive, and his boyfriend, Seth, seems to be moving toward a bright future a long way from home. Scholarship money is nonexistent and his after-school job will only get him so far.

But there is one small hope—to become the next Miss Drag Teen in New York City. A drag pageant that comes with the full scholarship JT is looking for. He, Seth, and their friend Heather take an unforgettable road trip to capture the crown, no matter how many feisty foes they have to face. Because when your future is on the line, you have to be in it to win it, one fraught and fabulous step at a time.

Run (Ages 14 and up) by Kody Keplinger: Run traces the friendship of Bo and Agnes, two polar opposites who become fast friends. The girls tell each other things they don’t tell anyone else like how Bo has crushes on girls and isn’t sure about her sexuality. Agnes doesn’t hesitate to take off with Bo when her BFF is desperate to get out of town after a family crisis. Will the girls cement their friendship on the road or will their relationship run out of gas?