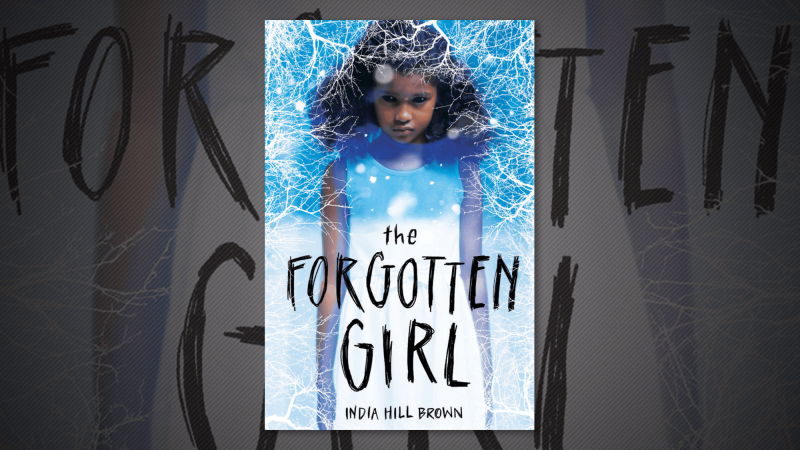 This is a guest post from India Hill Brown, author of The Forgotten Girl

After the Great Migration, when the caretakers of Randolph Cemetery moved up North, the cemetery was abandoned. In 1959 the city arranged for bulldozers and a chain-gang to “clear” out the cemetery, destroying some of the burials. Luckily, a woman named Minnie Simmons Williams brought attention to the historical significance of the cemetery and had the process halted.

I have family members buried there – an uncle and a great-aunt. Over the years, my grandmother would take me and my family, telling us that this cemetery was once-segregated. When I first heard this as a child, it puzzled me. Segregation was bad enough, but it happened in cemeteries, too?

The grave markers of my family members sit diagonally from each other, but over time they’ve turned in the ground to where they almost face each other. It was the creepy sort of thing that made me think I could write a ghost story based on a segregated cemetery one day.

It sparked the story of Iris and Daniel in The Forgotten Girl. When playing in the snow, they find the gravesite of a girl named Avery, who happened to be buried an abandoned, segregated cemetery right in their backyard. When Iris and Daniel awaken her spirit, she can’t remember who she is and seeks vengeance for being forgotten.

We find out in the story that Avery, although buried and forgotten, had much historical significance to the fictional town of Easaw, North Carolina. In Randolph Cemetery, men with historical significance to Columbia were buried there, including legislators from the Reconstruction Era:  Senator Henry Cardozo, Representative John Palmer, Representative Charles McDuffie Wilder, Senator Benjamin Franklin Randolph, and Senator John Lee.

The cemetery itself was named after Benjamin F. Randolph, who served as an assistant superintendent for education in Charleston, establishing schools for free African-Americans. Among other things, he was also a minister, founder of a weekly newspaper for freedman, and writer of the article that authorized the first system of freed public education in the state. After his assassination, he was re-buried in the cemetery that was named after him.

Had this cemetery been cleared out, it’s possible the historical significance of it would’ve been cleared out with it. I am honored to have written a story that touches on a part of history that I once knew nothing about – segregated cemeteries – and what can be lost when they are abandoned.

The Forgotten Girl touches on more, too – the importance of forgiveness, of love, of family, of friendship. Iris struggles with all of these things, as she sees herself getting overlooked in her school just like Avery was. She has to make a choice: Should she, like Avery, focus on revenge, on proving her worth to the very people who are ignoring her? Or should she focus on the things she loves, and wait for the things she desires to come to her? It’s so easy to choose bitterness, anger, and fear. We learn from Iris, Daniel, and even Avery that hope, forgiveness, and faith can sometimes be a little harder, but is worth it in the end.