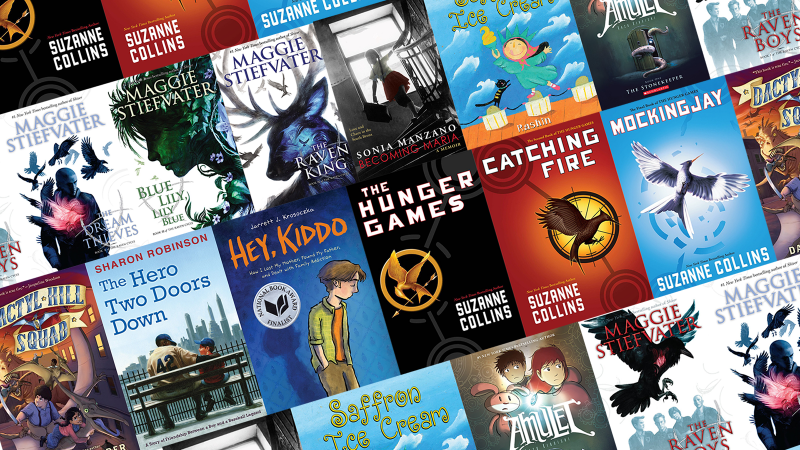 The best books we read in the last decade

As we complete the final chapter of 2019, it’s time to reflect not only on this year but also on this decade! Our OOM contributors looked back at the last ten years, selecting their favorite books from 2009 through 2019.

Being the (professional) bookworms that Scholastic employees are, everyone found narrowing down ten years’ worth of reading quite a challenge. After some groaning and moaning, the team was able to put together a substantial list of books—including children’s titles—encompassing all genres from nonfiction to romance to thrillers.

Here are our top picks, which are perfect for adding to your New Year’s to-be-read list!

Deimosa:  The Forgetting by Sharon Cameron, Men We Reaped by Jesmyn Ward, Before We Were Free by Julia Alvarez

Destany:  Teaching My Mother How to Give Birth by Warsan Shire, The Raven Cycle series by Maggie Stiefvater, Six of Crows by Leigh Bardugo

Lera: Tell the Wolves I’m Home by Carol Rifka Brunt, You Too Can Have a Body Like Mine by Alexandra Kleeman

Mackenzie: The Opposite of Loneliness by Marina Keegan, all Sarah Dessen books, The Hunger Games series by Suzanne Collins

Maxine: Kindred by Octavia E. Butler, Me Before You by JoJo Moyes

Raisa: Americanah by Chimamanda Ngozi Adichie, A Place for Us by Fatima Farheen Mirza, A Thousand Splendid Suns by Khaled Hosseini, Shutter Island by Dennis Lehane

Royivia: The Stone Keeper (Amulet #1) by Kazu Kibuishi, Americanah by Chimamanda Ngozi Adichie, Their Eyes Were Watching God by Zora Neale Hurston, The House of Spirits by Isabel Allende, Sula by Toni Morrison, The Underground Railroad by Colson Whitehead, Homegoing by Yaa Gyasi, What It Means When a Man Falls From the Sky by Lesley Nneka Arimah

Shifa: The Twilight series by Stephenie Meyer, Love from A to Z by S.K. Ali

Suzanne: Hey, Kiddo by Jarrett J. Krosozcka, Saffron Ice Cream by Rashin Kheiriyeh, Becoming Maria by Sonia Manzano, Between the World and Me by Ta-Nehisi Coates, The Hero Two Doors Down by Sharon Robinson

Zakiya: History is All You Left Me by Adam Silvera, Yes Please by Amy Poehler