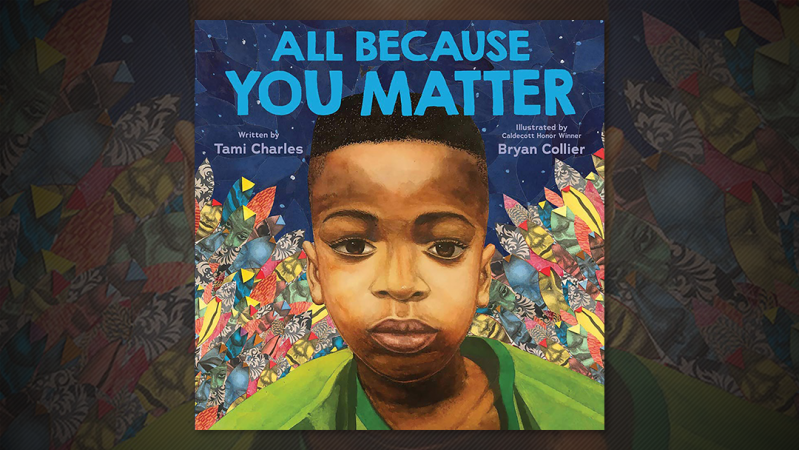 Behind the Scenes of Creating All Because You Matter

The New York Times bestselling picture book All Because You Matter by Tami Charles with illustrations by Bryan Collier has been lauded for its important message, its lyrical text, and its evocative, collaged illustrations.

But the book wasn’t completed all at once—like all authors and artists, Tami and Bryan edited, developed, and built upon their work in multiple drafts.

Today, Bryan takes us behind the scenes of his creative process, sharing “before” and “after” photos of several illustrations and explaining the thought process behind them.

Read his insights below, and learn more about All Because You Matter at scholastic.com/allbecauseyoumatter. 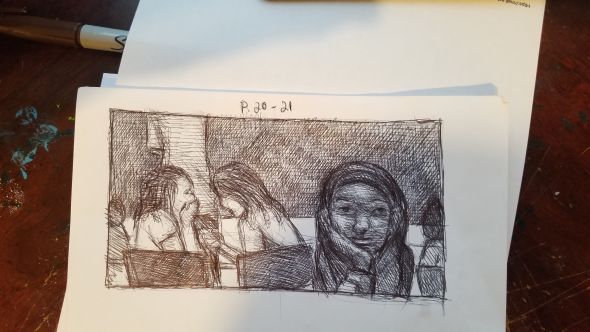 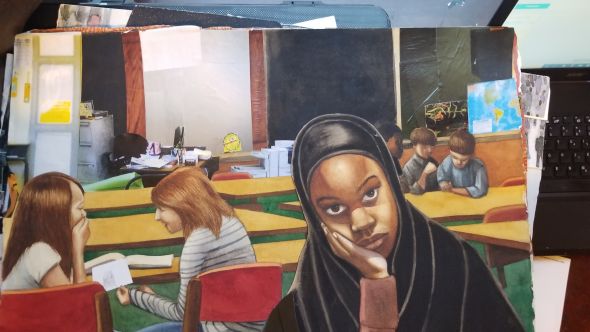 This is the page where a child is made to feel ashamed of her name or heritage. It's a form of bullying.  The text refers to "questioning your place in the universe." My daughter Ava posed as that little girl in the finished piece. 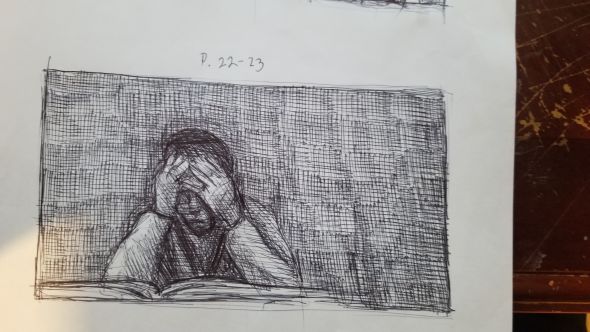 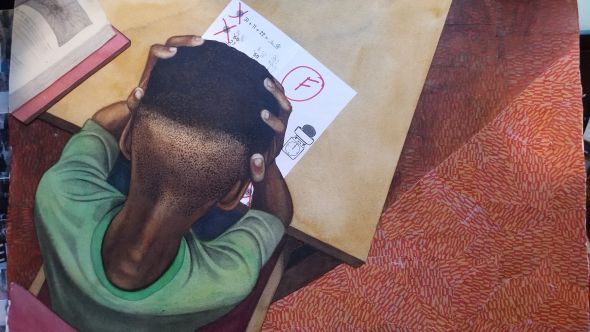 This image shows that the main character (Christopher) is struggling with his school work and needs some encouragement. His body gesture says it all. The finished illustration expresses that sense of frustration. 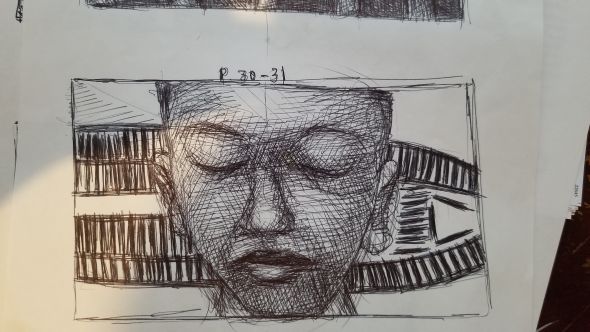 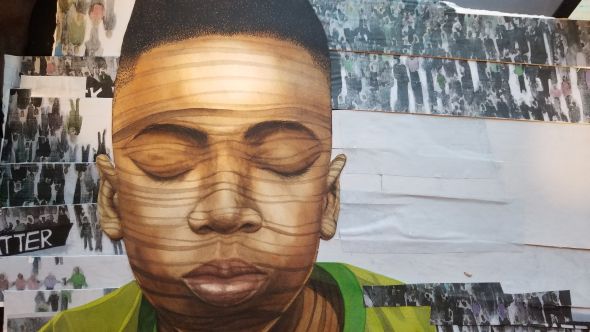 This image expresses the way the boy feels as his grandfather is explaining what the protests—and the names that are being chanted—really mean. In the finished art, I add lines across the boy’s face because the moment reminded me of a book I illustrated 20 years ago called Freedom River, in which I drew the river in some of the characters’ faces, symbolizing their quest for freedom. The river flows like freedom, and we’re are all connected by the river.

BRYAN COLLIER loves to paint. He has successfully channeled his creative energy and love of art into an illustrious career as a children's book illustrator and writer. He began painting at the age of fifteen and eventually landed a scholarship to attend Pratt Institute in New York. His books have received numerous awards and accolades including four Caldecott Honors, nine Coretta Scott King Honors and Awards, the Horn Book Honor Award, the NAACP Image Award for Best Children’s Book, and the Ezra Jack Keats Book Award. Bryan lives in New York City.

More about All Because You Matter:

A poetic, lyrical text that is part love letter, part anthem, assuring readers that they always have, and always will, matter. This powerful, rhythmic lullaby reassures readers that their matter and their worth is never diminished, no matter the circumstance: through the joy and wonder of their first steps and first laughs, through the hardship of adolescent struggles, and the pain and heartbreak of current events, they always have, and always will, matter. All Because You Matter empowers readers with pride, joy, and comfort, reminding them of their roots and strengthening them for the days to come.

Lyrical, personal, and full of love, All Because You Matter is for the picture book audience what The Hate U Give was for YA and Ghost Boys was for middle grade: a conversation starter, a community touchstone, and a deep affirmation of worth for the young readers who need it most.