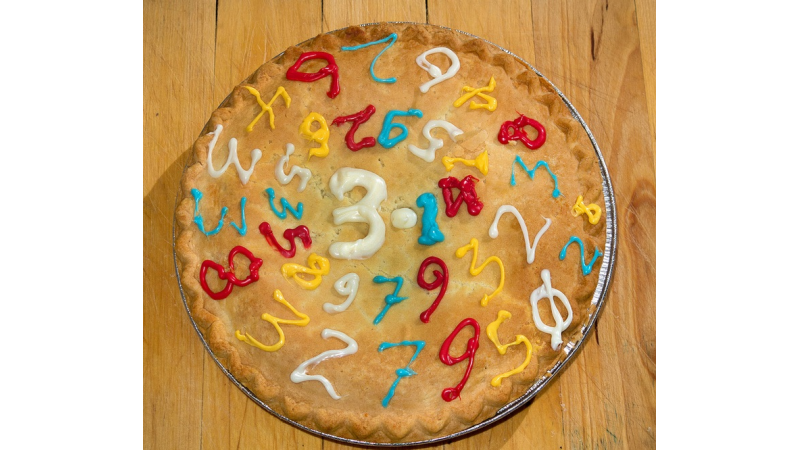 It’s Pi Day! No, not the delicious kind—I’m talking MATH. If you cringed at the word “math” you’re not alone. I am guilty of math anxiety and have told many of my peers “I am not a math person.” Oddly enough, being bad at math has been accepted in our culture and passed down from parent to child (thanks mom and dad). However, could you imagine if people went around saying “I am not a reading person”? Sounds ridiculous, right?

Whether its math anxiety or fear of public speaking, it all starts with mindset. Carol Dweck, a leading expert in motivation and personality psychology has discovered there are two types of mindsets: fixed and growth. Those who had fixed mindset believe their abilities are set in stone and those with a growth mindset believe their talents and abilities can be developed.

It’s important for children to be motivated and have a growth mindset even when they may fail. Take video games for instance, players know each level will present challenges and they are ok with failing. If a child does not complete the game their first try, they are generally eager to try again and learn from their past failure. So why aren’t students as eager to try a math problem for a second time?

Here is a tip from David Dockterman, chief architect, learning sciences at Scholastic Education and an adjunct lecturer at the Harvard Graduate School of Education, featured on our education blog, frizzle :

“Set the expectation for struggle. Consider these two introductions to a math problem: “Let’s start with an easy one” vs “This might take a few tries.” What happens to the student who can’t readily do the “easy one”? He’s done for the day. What’s the point of trying something that isn’t “easy”? On the other hand, the student who expects that the problem will “take a few tries” comes out feeling okay no matter what. If she gets it right away, it feels like a big win. If she struggles, it’s no big deal; it was supposed to take a few tries.”

So the next time your student, or child  (or maybe even you!) feels defeated by math remember the power of a growth mindset and setting expectations for struggle.