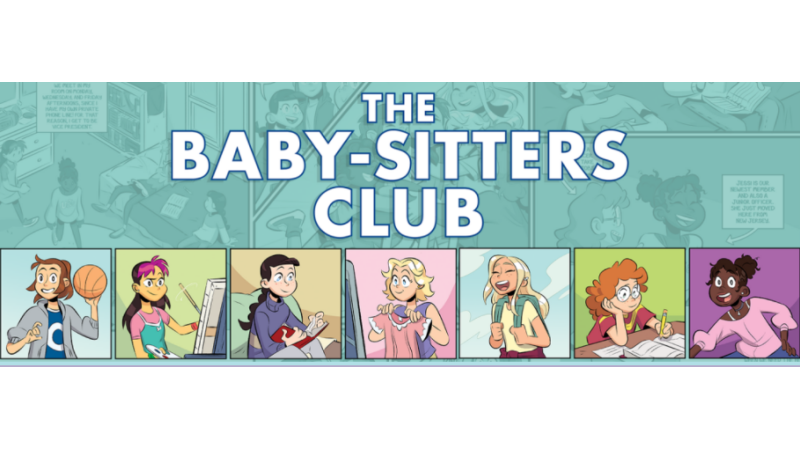 THIS ARTICLE IS PART OF SERIES CELEBRATING WOMEN’S HISTORY MONTH BY EXPLORING TRAILBLAZING SCHOLASTIC CHARACTERS WHO HAVE MADE A LASTING IMPACT ON READERS.

The Baby-sitters Club: Friends and Entrepreneurs

Are you a Kristy, a Mary Anne, a Claudia, or a Stacey? Part of the appeal of Scholastic’s well-loved series, The Baby-sitters Club, is the distinct point of view of each of its characters, as well as following along as they come together to create an innovative and well-run business built on their individual strengths and collective friendships. 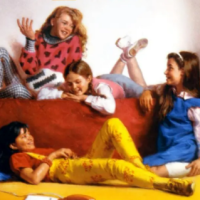 They are role models because they “take charge and care deeply about each other and the kids around them,” said David Levithan, Vice President, Publisher and Editorial Director, Trade Editorial, and one of the series’ editors (who admits that Claudia taught him more about fashion than he ever hoped to learn).

More than that, the sitters were representative of many young girls and their challenges in a way that wasn’t accessible to them before. “The Baby-sitters Club featured diverse characters and some tough topics, which was rare to see at the time the books were being published in the 80s,” recalls Charisse Meloto, Vice President, Global Brand Publicity and Franchise Strategy. “The series tackled many themes including racism, death, divorce, eating disorders, blended families, and work life balance.”

Written by Ann M. Martin and first published in 1986, the books initially focused on a circle of four friends with very different personalities coming together to address a challenge in their community — how difficult it was to find a trusted babysitter. Kristy’s great idea, The Baby-sitters Club, solved this problem and gave the sitters the chance to shine. Together, they developed their skills, came up with creative ways to distinguish their business (kid kits!), fended off the competition, and recruited new members — all from Claudia’s bedroom. At the same time, they navigated very real personal struggles and found solutions together, making for ultra-relatable role models.

“The BSC characters are total trailblazers. I like to say that before we had Carrie, Samantha, Miranda, and Charlotte, we had Kristy, Claudia, Mary Anne, and Stacey!” Charisse joked.

Club president Kristy has strong opinions and ideas, and we’re along for the ride as she learns how to be a good leader. Sensitive, smart and quiet Mary Anne finds her voice throughout the series and learns to stand up for herself. Stacey, a mathlete and sophisticated former New Yorker, embraces femininity and excels in STEM at the same time. She also navigates life with Type 1 Diabetes, and readers have actually reported recognizing the warning signs of diabetes thanks to Stacey’s story. Cool and confident Claudia is a talented artist, but not a perfect student (and that’s ok). She also explores her Japanese-American culture and finds her place in a multigenerational family, with the help of her beloved grandmother. “As an Asian-American, it was meaningful for me to see a character like Claudia — she’s not just the sidekick friend, but an important main protagonist in the entire series,” said Charisse.

Maybe most exciting, especially for books first published in the 80s, is that each girl is confident in her own skills and taps into her strengths to support each other and build their business. “They were entrepreneurial girl bosses before the term “girl boss” was even coined,” said Charisse. “Plus, the BSC girls are about building one another up. As valuable members of their community, they also took being role models seriously.”

While The Baby-sitters Club was originally supposed to consist of only four titles, there are now approximately 250 titles, with four spin-off series, e-books, audiobooks, a feature film, an HBO series from the 1990s, and a 2020 Netflix original series taking a new spin on the story — not to mention a wealth of fan blogs and podcasts, and even a soundtrack. More than three decades later, over 190 million books have been sold and the graphic novel adaptations are reaching a new generation of readers.

“Each iteration of the BSC has really matched its times and what kids are concerned about in those times,” David explained. “The BSC members in the new Netflix series are dealing with a lot of issues that didn't exist in 1986 . . . but at heart, the bedrock of family and friendship remains the same.”

Why do these stories still resonate? The girls are unapologetically themselves. Whether you identify with one of the characters’ racial or cultural heritage, hobbies and talents, family structure, or struggles and triumphs, there is still something for you, no matter how old you are.

“At this point, it's not unusual to see parents and children at Ann's signings together -- the parents carrying their old paperbacks from the 80s and the kids holding their Graphix editions from the 20s. The series is for both of them,” David said.