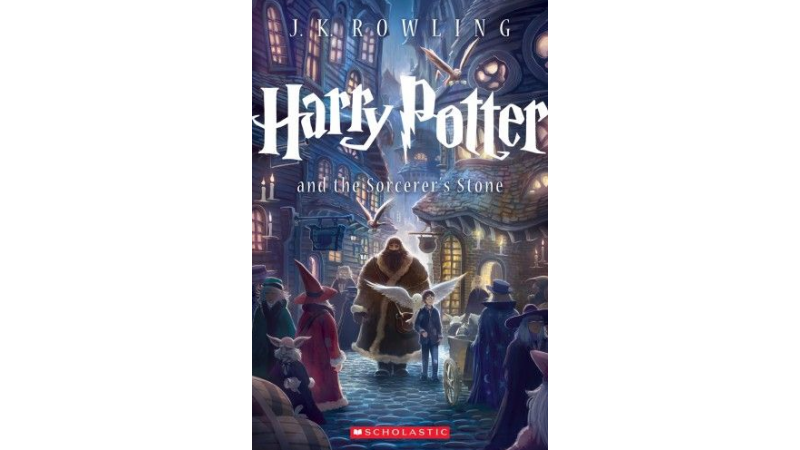 An apology to Shakespeare: The 5 books that most influenced Megan's life

We're thrilled to have some wonderful summer interns in the Corporate Communications team, all of whom will be blogging right here throughout the months ahead. Today we have Megan Greineder, a rising senior at the College of the Holy Cross in Worcester, Massachusetts. Megan is studying English with a concentration in Creative Writing.

We asked her about the five books that most influenced her life. It's a question we've asked a lot of people -- you can read past posts here.

Our taste in books grows with us and as such our timeline of favorites serves as a sort of scrapbook for our lives. Books have the unparalleled ability to carry their readers to a different time, not just in their stories but in the memories that we associate with them.

I can still remember circling all of the Junie B. Jones’ books in my Scholastic Book Fair flyers (spoiler alert--the first series in my Bookprint) and sitting on the back deck with my mother, cozied up with a copy of Judy Moody. From this place of comfort and innocence, my favorite books have since taken me into the Wizarding World and the woods outside of Athens, somehow even weaving their way into the depths of a gorilla’s mind; needless to say, my imagination prefers a challenge, and my taste is one that I cannot resolutely define. What has become apparent, however, in the careful crafting of my Bookprint, is that both I, and my taste in literature, have gone through phases.

Here are the “Five Phases of Megan,” as told by books:

Phase One: An eager innocence with the Junie B. Jones series by Barbara Park: I think between my profound interest in books and my growing ability to read them (not to mention the absurd amount of free time you don’t even realize you have when you’re six), my elementary years were by far the ones most densely populated in books. More specifically, Junie B. Jones books, which is hardly surprising. As a kindergartener, Junie is funny and curious and lively and vulnerable and difficult to handle--everything that I was when I was reading her.

Phase Two: Escaping reality with the Harry Potter series by J. K. Rowling: A popular choice among YA readers and other OOM bloggers, as it should be, the Harry Potter series was one of the only constant forces amidst a time when life seemed to be forever changing: my early teen years. Harry Potter books were an escape from the normal, an extended and wonderful trip into a world that was utterly fantastic and absolutely nothing like my own. The way in which J. K. Rowling so intricately strings such minute yet elaborate details throughout all of her books makes the Harry Potter series not only a great first read, but an even better second and third.

Phase Three:  Deflating my teenage ego with Ishmael by Daniel Quinn: In the core of my teenage years, Daniel Quinn and his new tribalism (say what?) hit me at a perfect time. Originally a required reading in my junior year Writing 104 class, Ishmael blossomed into something more than a participation grade. Narrated largely from the perspective of an all-knowing gorilla, this novel attempts to deconstruct the notion that humans are the pinnacle of all existence (AKA: we wrongly believe that the world was created for us, to do with it what we please). Now, while Quinn may be arguing on a global scale, he and his fictional gorilla did teach my teenage self a thing or two about everyday life: be mindful of the external world around you.

Phase Four: Embracing the unknown with A Midsummer Night’s Dream by William Shakespeare: If asked to complete the same task in high school, I can say with confidence that William Shakespeare probably would not have found himself on my Bookprint. It was a very wise and special college professor that was able to broaden my understanding of such a phenomenal writer, one that knew far more about life and literature than my high school self could appreciate. Set in a fictional Athens, the young lovers of A Midsummer Night’s Dream stumble into a newfound understanding of love and relationship and life, as do their readers, through understanding the importance of chaos in a regimented world; it is only through tribulation that we can come to appreciate and comprehend a greater sense of order. In my early twenties, when I must naturally begin to consider both life after college and potential career paths, an appreciation for the “unknown” could not have come at a more appropriate time. Though I may have neglected you in the past, Mr. Shakespeare, I see now that I owe you an apology, for you will hold a place on my Bookprint for as long as I have one.

Phase Five: Keeping an open mind with This is Where I Leave You by Jonathan Tropper: Coming from a family of four children, I settled easily into the disordered and humorous story of Judd Foxman and his three siblings. Much of the story’s sentiment, the battered family dynamic and the loss of a father, is hidden beneath Jonathan Tropper’s hilarious and skilled writing. However, when the characters, particularly Judd, are forced to truly examine themselves and their emotions, they bring a sense of authenticity to a book that truly forces the reader to ask his or herself: where do you go when your path is blocked? Or, in Judd’s case, absolutely demolished.  For me, This Is Where I Leave You articulates a sense of hope, an idea that there is never a dead end when you choose to look at setbacks as new beginnings. Moving forward in life, being open to endless possibilities and accepting of everyday challenges is all that I can hope to be.

There you have it: the five books that have, so far, had the greatest influence on the 21 years of my life. I’m sure there will be many more to share in the future, but for now, this is where I leave you.